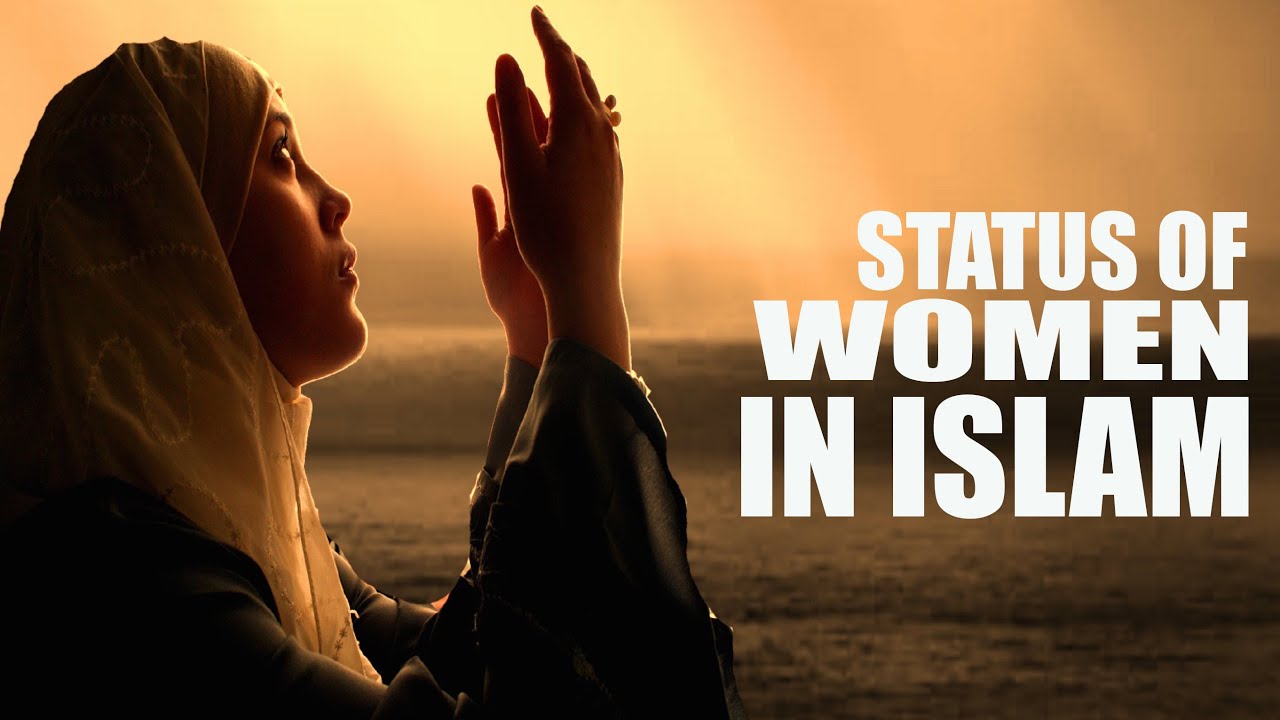 Before the advent of Islam, women were deprived of all the spiritual, social, economic, educational, legal and political rights. Women are not forbidden to work outside if they wish or need to. Quran or Hadith do not prevent women to do any work within the preview of the Islamic Shariah, as long as she maintains her Islamic dress code. Women got the same spiritual and moral duties as men. Both have to believe, both have to pray, both have to fast, both have to give in charity, etc. Allah says:

“And not (it) is for a believing man and not (for) a believing woman, when Allah has decided and His Messenger a matter that (there) should be for them (any) choice about their affair. And whoever disobeys Allah and His Messenger certainly, he (has) strayed (into) error clear.” (Surah Al-Ahzab 33:36)

Islam is the noble and completest of all religions. God created men and women to be different, with unique roles, skills, and responsibilities. These differences are not viewed as evidence of superiority or inferiority but of specialization. In Islam, the family is of central importance. The man is responsible for the financial well being of the family while the woman contributes to the family’s physical, educational and emotional well being. Islam recognized ladies’ equity with men in incredible numerous regards. Allah says:

“O people, We have created you male and female and made you into tribes and nations that you might know one another. Verily, the most honoured of you to Allah is the most righteous of you.” (Surat al-Hujurat 49:13)

Before marriage, a lady has the right to pick her spouse. Islamic law is extremely strict in regards to the need for having the lady’s assent for marriage. The lucky man gives a marriage settlement to the lady for her utilization. She keeps her family name, instead of taking her husband’s. Allah says:

“We have enjoined upon humanity to be good to his parents. His mother carried him in weakness upon weakness and his weaning is in two years. Be grateful to Me and your parents, for unto Me is the final destination.” (Surat Luqman 31:14)

Islam provides for her to the extent that is needed of her. Her rights match delightfully with her obligations. The harmony in the middle of rights and obligations is kept up, and no side overweighs the other. Muslims accept that Adam and Eve were made from the same soul. Both were similarly liable for their wrongdoing and fall out of favour, and Allah pardoned both. Numerous ladies in Islam have had high status.

Here are some basic rights of Women in Islam:

Islam considered giving women an equal entity and declared their status as a beneficial and important part of the society and did whatever possible to ensure that women experienced and enjoyed the same respect in the society as men. This encourages cooperation rather than competition. Islam not only put a stop to this, but it also gave women the right to an education, kind treatment, to inherit, to divorce. Allah says:

“Allah created you from dust, then from a drop, then He made you into mates.” (Surat al-Fatir 35:11)

A woman is to be dealt with as God has invested her, with rights, for example, to be dealt with as a single person, with the right to possess and discard her particular property and profit, enter into contracts, significantly after marriage. She has the right to be instructed and to work outside the home on the off chance that she so picks. Allah says:

“The believing men and women are allies of one another.” (Surat al-Tawbah 9:71)

They are called ‘pairs’ because they need each other; one could not exist without the other. It would be nonsensical to say that positive electric charges are ‘better’ than negative electric charges while both are needed to produce electricity. Similarly, it is nonsensical to say men are ‘better’ than women while they both require each other. A man inherits more only because he is responsible for more. Allah says:

If we compare Islam to other religions, we see that it offers justice between the sexes. Men and women are different in their composition, and in their responsibilities under Islam. However, both are bound by obligations to one another, especially the following important one which must be understood in any discussion on men and women.

There is no difference between men and women as far as their relationship with God is concerned. Both are equal before God, and they are both accountable before Him. Women, like men, are commanded to worship God, and both are promised the same rewards and punishments according to their intention and conduct. Allah says:

“Then do they not see that We set upon the land, reducing it from its borders?” (Surat al-Anbiya 21:44)

Men and women are different in their responsibilities towards the families that they are strongly encouraged to set up. Women are not obligated to work, whereas men are obligated. The man must provide for the family, but the woman does not have to spend out of her money for it, though she gets a reward for doing so. The ‘favour’ of men over women refers to the physical strength of men, which is on average much greater than women and enables men to better perform hard physical labour and military duties. Allah says:

“Men are guardians over women by what Allah has favoured some over others and by what they spend of their wealth.” (Surat al-Nisa 4:34)

God created men and women to be different, with unique roles, skills, and responsibilities. These differences are not viewed as evidence of superiority or inferiority but of specialization. In Islam, the family is of central importance. The man is responsible for the financial well being of the family while the woman contributes to the family’s physical, educational and emotional well being. This encourages cooperation rather than competition. By fulfilling their mutual responsibilities, strong families are created and hence strong societies.