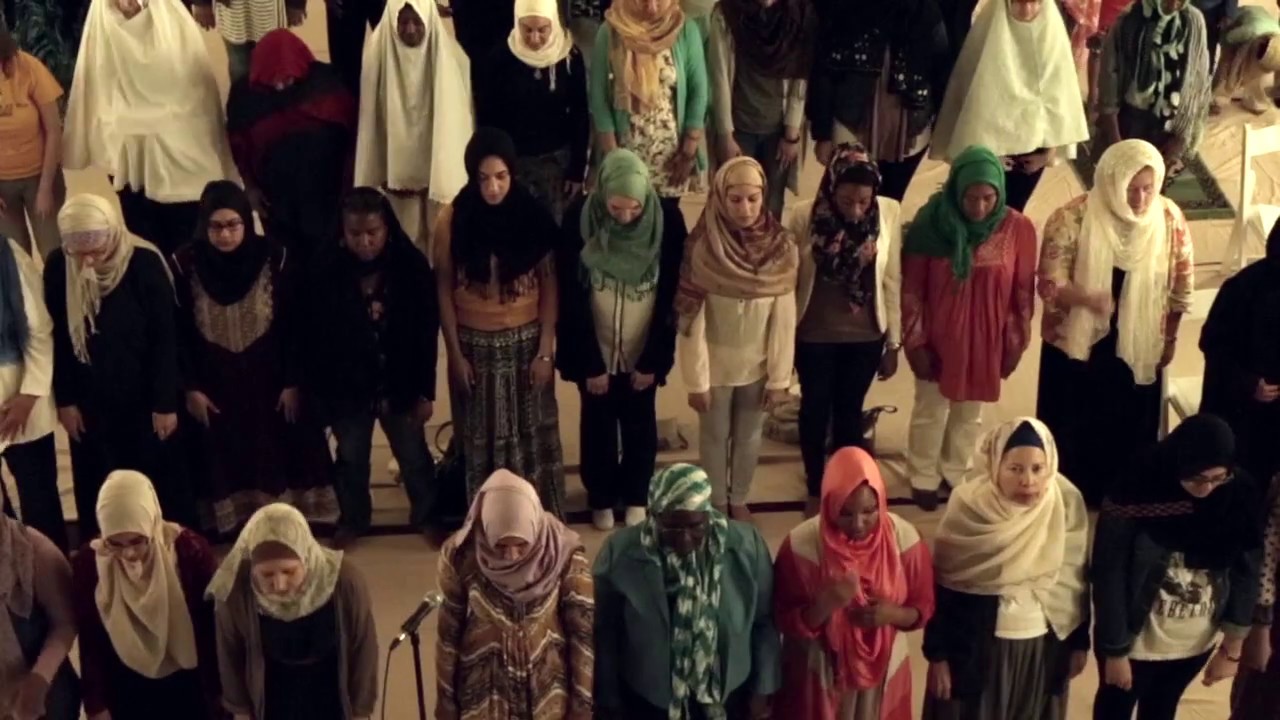 “O Children (of) Adam! Take your adornment at every masjid, and eat and drink but (do) not be extravagant. Indeed, He (does) not love the extravagant ones.” (Surah Al-A`raf 7:31)

However, there is a disagreement among scholars over whether it is better in general for women to pray at home or in the mosque, although the sum of the evidence indicates that the benefit of praying in either place depends upon the circumstances. Those who hold the opinion that women should pray at home cite several traditions in which the Prophet (ṣ) encouraged women to do so. Ibn Mas’ud reported: The Messenger of Allah, peace, and blessings be upon him, said:

Scholars agree that it is not required for women to attend the mosque for prayer, which is intended to make it easier for them to fulfil their religious and familial obligations. There are also several circumstances in which women should pray at home. For example, a wife who cares for multiple children would find it difficult to attend the mosque for daily prayers. She might have trouble preventing her children from disrupting other worshipers. Allah says:

Women might have other obligations at home that make it better for her to pray in her house, or it might be dangerous for her to travel to the mosque alone. If there are no problematic factors such as these, women may benefit from praying in the mosque and, to be sure, they should never abandon the mosque entirely in any case. Some scholars think that women should pray in the mosque under normal circumstances, due to the generality of evidence that encourages congregational prayer.

Ibn Umar reported: The Messenger of Allah, peace, and blessings be upon him, said:

Prayer in congregation is better than prayer alone by twenty-seven degrees. (Ṣaḥīḥ al-Bukhārī 619)

In Islam, the mosque is the sacred place that is called the House of Allah SWT. The main activities done at the mosque is, of course, praying, especially congregational prayer. But nowadays mosque is not only a place to pray but also for other activities such as gatherings, holding neighbourhood events, counselling, learning, and teaching.

Women are highly appreciated in Islam and they must protect themselves from anything harmful. Islam hardly allows women to go out of the house. But if she wants to go and pray in the mosque, should she be stopped?

Even though it’s recommended for women to perform prayer in their own house, they should never be stopped if they want to go to the mosque, as long as they have a good intention. The Prophet (peace be upon him) said,

“Do not prevent your women from going to the mosque, even though their houses are better for them.” (Abu Dawud)

Here is a further explanation regarding the rule:

A married woman indeed has to ask for her husband’s permission before she goes out of the house for praying in the mosque. And the husband should permit his wife. It was narrated that Ibn ‘Umar said: I heard the Messenger of Allaah (peace and blessings of Allaah be upon him) say:

“When your womenfolk ask you for permission to go to the mosque, give them permission.”

Conditions of Women to Go to the Mosque

A woman should be able to protect herself everywhere she goes, including when she is going to the mosque. Here are several conditions that must be fulfilled by a woman before she goes to the mosque.

Rules for Women Who Go to the Mosque

If a woman is going to the mosque, she must follow the rules as listed below.

There is no absolute prohibition according to the law of women praying in the mosque. As a Muslim, the woman also has equal rights to seek Allah’s SWT blessing by worshipping Him in the mosque as well as doing another good deed there.

Nothing is wrong with a woman who wants to go and pray at the mosque, especially when it is in the month of Ramadan in which Taraweeh is done. As long as her presence doesn’t cause any fitnah and doesn’t put her in danger, she is allowed to pray in the mosque.

When women attended prayer with the Prophet (ṣ), they would be sure to dress appropriately and not to disrupt others by drawing undue attention to themselves. Aisha reported:

The believing women would pray the dawn prayer with the Prophet, peace, and blessings be upon him. Then, they would return home wrapped in their mantles; they would not be recognized by anyone. (Bukhari 365)

Islam never really prohibit women from going to the mosque. But it is indeed mentioned in Islam that praying alone in the house is better, or doing congregational prayer with fellow women at the house is even better. It would not reduce her blessings, as Allah SWT will give His blessings fair and square to every Muslim.

There are circumstances in which women should pray at home or in the mosque. Each woman should take note of her circumstances and do what is in the best interests of herself and her family. The mosque should provide an area for women that meets their needs and their right to attend. Men should also not prevent women from attending congregational prayer without a good reason.

A Muslim woman should frequent the Mosque again, and it is impermissible to prevent her from doing so, either individually or collectively. Rather, there should be a suitable place for women in the Mosque, and they should be encouraged to go out to it so that they, like men, can bring about desired interests and objectives behind frequenting Allah’s places of worship, especially in the present age.