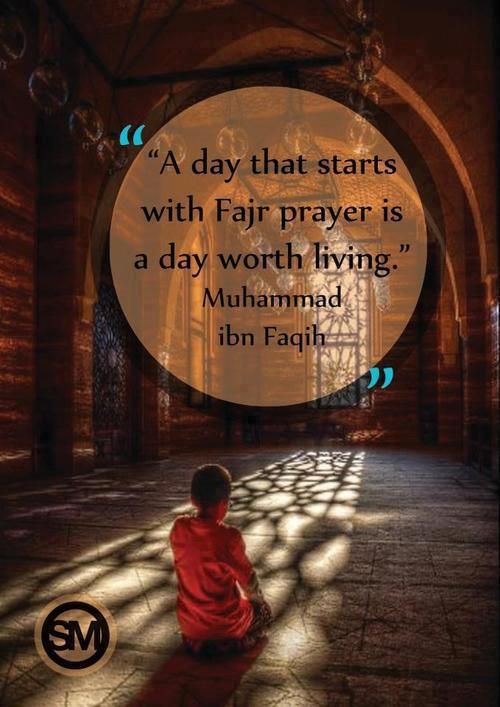 In the world of today, there is exploitation, there is injustice, there is poverty, economic depression, maltreatment of women, and tyranny of all kinds and sorts. All of these elements put the whole existence of humanity and all the progress made by humans into question. Muslims who were once the best of the nations and ruled over half of the world with a system that guaranteed justice and peace is now in a plight where they are oblivious of their rights, duties and have fallen prey to violence and aggression. Allah says:

“A faction of the People of the Book say to each other: Belief in that which was revealed to the believers at the beginning of the day and reject it at its end that perhaps they will abandon their religion.” (Surah Ali Imran 3:72)

Islam completes the long chain of guidance from God to humanity. Islam is the religion that promotes peace, love, and respect among Muslims and also with the people of other religions. Islamic society is the one whose members have “Iman” (faith) in Islam, apply its laws in their life and perform religious duties and abstain from doing what is unlawful according to Islam. Allah says:

Islam has some of the distinct features, which make it necessary for modern man to seek his salvation through this ideology. We must be well understood that Islam is not a mere ideological vision. It is a practical system of life that fully appreciates all the genuine needs of humankind and tries to realize them. Allah says:

“Do not curse those they invoke besides Allah, lest they insult Allah in hostility without knowledge.” (Surat al-An’am 6:108)

All those who join the Islamic community will have the same rights and social status. They will not be subjected to any racial, national or class distinctions. No one will be regarded as high or low. It does not suppress the human instincts in order to make the soul ascend the higher planes, nor does it allow a man, in his efforts to fulfil his bodily desires, to stoop down to the low level of animalism and hedonism.

Some of the major reasons that have caused:

Islam exercises a beneficent constraint on all these mutually opposing forces, prevents them from coming into collision with one another, and harnesses them all to co-operate for the general good of humankind as a whole. Rather, Islam holds that all these diverse elements put together, form what is called human society; and that the best code of life is that which takes note of all these, making full allowance for the body as well as reason and spirit, arranging them all in the framework of a harmonious whole. Allah says:

Thus, Islam strikes a balance between different sectors of society and between different aspects of existence, spiritual as well as material. Unlike Communism, it does not believe that economic factors, i.e. the material aspect alone, dominate human existence. Nor does it contribute to what the pure spiritualists or idealists say, claiming that spiritual factors or high ideals alone are sufficient to organize human life.

It must always be kept in mind that Islam has an altogether independent existence of its own as a social philosophy and an economic system. Some of its outward manifestations may on the surface appear to resemble those of Capitalism or Socialism, but in fact, it is far from being the one or the other. It retains all the good characteristics of these systems, yet is free from their shortcomings and perversions. It does not extol individualism to that loathful extent which is the characteristic of the modern West. Allah says:

The social system of Islam enjoins the people to establish a strong relationship in which one can depend upon the other for help. A true Islamic society is where people can keep loyalty and faith among themselves. In an Islamic society, one has to respect the rights of others and conduct good duties towards each other. Mutual respect, kindness, and Justice towards each other create a close relationship and good morals in Islamic society. The foremost and fundamental institution of human society is the family unit. Allah says:

“And Allah has brought you out from the wombs of your mothers while you know nothing. And He gave you hearing, sight, and hearts that you might give thanks (to Allah).” (Surah An-Nahl 16:78)

Islam is a faith and comprehensive way of life that literally means ‘peace through submission to God.’ It provides a clear understanding of a person’s relationship with God, purpose in life, and ultimate destiny. A Muslim is someone who adopts the Islamic way of life by believing in the Oneness of God and the prophethood of Muhammad, peace be upon him (PBUH). Allah says:

“For those who believe and work deeds of righteousness is a reward that will never (fail).” (Surah Fussilat 41:8)

History knows Muslims as one of the glorious nations of the world that embodied truth, justice, peace, and unity. However, Muslims at present lack all these elements and this is the reason behind their being oppressed and backwards in the present world. Hence, for Muslims to rise again on the map of the world and be known, it is imperative that firstly they get their knowledge of Islam straight, then they should work on getting worldly education as well and then try to bridge the gap between Muslim nations and grow closer to one another. Allah says:

The world with the shadows of war still hanging over it cannot but turn towards Islam – the only way to establish and maintain real peace on this earth. The era of Islam has in a way just started, not ended; it is not a spent force, but a living dynamic force, its future is as bright as its great historical past is glorious, when it illumined the face of the earth at a time when Europe was still groping its way in the dark recesses of Medievalism.