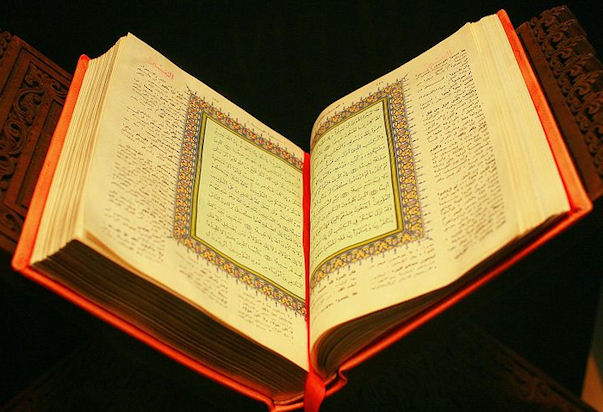 Islam comes from the root word Salaam, which means peace. It also means submitting one’s will to Allah (SWT). The word Salaam is also an attribute of God. In this context, it means ‘The Giver of Peace. Jihad is an Islamic institution that is widely misunderstood. The non-Muslims fearfully regard it as an Islamic practice that aims to wage the ‘Holy War’ against all disbelievers, to convert them to Islam or to kill them. To the common western mind, the word ‘Jihad’ is synonymous with ‘terrorism’ and Islam is a ‘militant’ religion. Allah says:

“…. Had God not driven back the people, some by means of others, the earth had surely been corrupted …” (Surah Al-Baqarah 2:251)

Jihad is actually the name of doing one`s best in terms of both fighting and expending everything one has. As property is among the most important things one has, it is imperative to spend as much as one can, besides going in to direct battle with the enemies of Islam. Allah says:

“The believers are those only who believe in Allah and His Messenger, then they doubt not, and struggle hard with their wealth and their lives in the way of Allah. Such are the truthful ones.” (Surah Al-Hujurat 49:15)

Jihad is simply the process of “exerting the best efforts,” involving some form of “struggle” and “resistance,” to achieve a particular goal. In other words, jihad is the struggle against, or resistance to, something for the sake of a goal. The meaning of the word is independent of the nature of the invested efforts or the sought goal. Allah says:

“Allah forbids you not, with regard to those who fight you not for (your) Faith nor drive you out of your homes, from dealing kindly and justly with them: for Allah loveth those who are just.” (Surah Al-Mumtahinah 60:8)

The phrase “Who Fight You” clearly indicates that the Almighty has ordered to clash with only those who brawl with Muslims and try to destroy them. So, there is no way one could say that Jihad is an alternate name for spreading aggression and slaughtering people. It also means that one cannot instigate a war against others, but only defend themselves. Allah says:

“And [as for] those who strive hard in Our [cause], We will most certainly guide them in Our ways, and God is true with the good‑doers.” (Surah Al-‘Ankabut 29:69)

After it has become evident that Jihad is only meant for self-defence and not the other way around, it is necessary to have a look at the following verse in the same (Surah Baqarah).

“And kill them wherever you find them, and drive them out from wherever they drove you out, and [the] oppression (is) worse than [the] killing. And (do) not fight them near Al-Masjid Al-Haraam until they fight you in it. Then if they fight you, then kill them. Such (is the) reward (of) the disbelievers.” (Surah Al-Baqarah 2:191)

Haters of Islam only quote the very first line of the above verses and argue that Muslims are cruel and are meant to kill others wherever they find them, but that is not actually true. It has been added in the following verse by Allah SWT that if they ask for mercy, then there is no need to fight and kill them. This is the whole concept of Jihad from the above lines of the Quran and it should not be misquoted. Allah says:

“Fight them – Allah will punish them by your hands and disgrace them and give you victory over them, and will heal (the) breasts (of) a people (who are) believers.” (Surah At-Taubah 9:14)

So, it’s crystal clear from the previous lines of the Quran that combating is only obligated once Muslims are under attack, and when they need to protect themselves. Jihad is said to be “fighting for the cause of Allah”, but there is increased requisite to comprehend what this phrase actually means, as the word fighting is being misused by extremist organizations operating in different regions of the world and portray it as the religious duty. Allah says:

Many of the believers and newly admitted persons to Islam still resided in the land of Makkah even after mass migration to Madina of Muslims under the Messenger (PBUH) of God earlier. Those who were left behind were severely dealt with and oppressed by the polytheists and disbelievers. Then, God, the Exalted directed Muslims to help them save from tyranny and repression they were facing.

It means that the effort made for this cause is Jihad and is dear to Allah. So, the perception of Jihad in the Quran revolves around striving in Allah`s Cause, fighting when being attacked by rivals, helping out the oppressed ones, and having peace if they cease to fight. Allah says:

Contrary to common belief, the word “jihad” does not necessarily imply any violent effort, let alone “war” and such instances of extreme violence. It is a general term that can mean violent as well as peaceful actions, depending on the context in which it is used, as we shall indeed see later. Similarly, “jihad” as a generic word can be used even when the sought goals are not Islamic, i.e. in non-religious contexts. Allah says:

Islam is the religion of morality and uprightness, so its followers are also ordained to adopt a complete state of faith and fight one`s inner satanic beliefs. That is why Rasulullah (PBUH) has regarded it more vital than fighting the enemies in war land in the above Hadith.

The Holy Quran, and not what the uninformed people do by manipulating its actual denotation. Allah SWT says in Furqan e Hameed:

The other form of peaceful jihad involves every act of peaceful struggle undertaken by the Muslims against external sources of evil. Preaching the message of Islam in a hostile environment, opposing an evil act, and all such peaceful good actions are instances of jihad because they involve some form of resistance and struggle to achieve a good goal. For instance, the Prophet’s patience at the accusations and abuse that the disbelievers directed at him for preaching the Qur’an was peaceful jihad: Allah says:

“Only the believers (are) those who believe in Allah and His Messenger, then (do) not doubt but strive with their wealth and their lives in (the) way (of) Allah. Those [they] (are) the truthful.” (Surah Al-Hujurat 49:15).

It is interesting to note how the terms “jihad” and “Islam” relate to each other in Arabic and in the Quranic sense. Linguistically, the general term “jihad,” which refers to “struggle” and “resistance,” has almost exactly the opposite meaning of the general term “Islam,” which means “surrender” or “submission.” The Quranic “jihad,” however, which is about resisting the lower self and other sources and forms of evil, is the route that the individual must take to attain the state of Qur’anic “Islam” or “submission to Allah.” Allah says:

Jihad is classified into several types, most of which pertain to defence.

Those who misunderstand the Quranic term jihad as armed jihad only have totally failed to notice, among other things, this particularly important fact: in the majority of verses in which the Qur’an talks about fighting the enemy, it uses variations of the word “qital,” which means “fighting.” Here are some examples, and we will encounter later on: Allah says:

“O Prophet! Strive (against) the disbelievers and the hypocrites, and be stern with them. And their abode (is) Hell and wretched is the destination.” (Surah At-Tahrim 66:9)

Jihad is of two kinds: major (struggling against inner self) and minor (combating enemies of Islam). It consists of all kinds of efforts which are for the sake of resoluteness to one`s religious convictions. It includes responding aggressively to enemies of Islam who try to wipe out Muslims by force, help the oppressed, but try to have harmony with them if they require it.

“So (do) not obey the disbelievers and strive (against) them with it, a striving great.” (Surah Al-Furqan 25:52)

It also consists of the above-mentioned deeds to perform which are considered more important than fighting by the Holy Prophet (PBUH). All of these point toward the single objective of Jihad, i.e. to do one`s finest effort according to its faith. Allah says:

“Do you make the providing of water (to) the pilgrims and (the) maintenance (of) Al-Masjid Al-Haraam like (the one) who believes in Allah and the Day the Last, and strives in (the) way (of) Allah? They are not equal near Allah. And Allah (does) not guide the people – the wrongdoers.” (Surah At-Taubah 9:19)

The term jihad actually refers to the more general concept of exerting efforts in the way of Allah, of which fighting the enemy, or armed jihad, is only one aspect. In Quranic terminology, it is wrong to equate the words “jihad” and “qital,” as this reduces a broad concept to a more specific one. Allah says:

“The believers are those who believe in Allah and His Messenger, then do not doubt [the verity of Islam], and jahadu (do jihad) with their properties and selves in the way of Allah; those are truthful.” (Surah Al-Hujurat 49:15)

Thus, in a broader sense, jihad means striving to the utmost extent of one’s ability and power by exerting oneself spiritually in the way of Allah and doing one’s best to preach the message of Islam to others. This is the jihad that a Muslim can carry out for Islam throughout his life. When used in the narrower sense of fighting against a visible enemy, jihad means fighting only in self-defence, when the initiative of attack is taken by the other party.