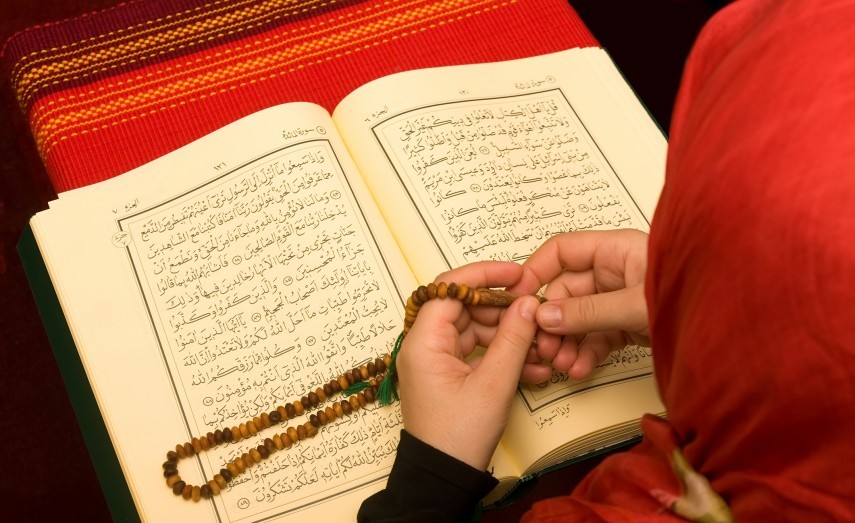 Islam was spread as not only a religion but also as a culture, a law, a way of life. Religion Islam is the blessed and divine religion of Allah Almighty that has been spread through the prophecies of messengers for the establishment of truth. Islam holds high estimation because of its magnanimous vitalities as it is the mere religion of holding the assimilating capacity to appeal to anyone with authenticity in the ever-changing phases of existence. Islam due to its exhilarating powers and affirmation has been declared the only acceptable religion in the sight of Allah.  Allah says:

“Indeed, the religion near Allah (is) submission/Islam. And not differed those who were given the Book except after [what] came to them [the] knowledge out of envy among them. And whoever disbelieves in (the) Verses (of) Allah, then indeed, Allah (is) swift (in taking) account.” (Surah Al ‘Imran 3:19)

The only religion that has been targeted since the start, people have mocked its teachings and grotesquely rendered the facts to propagate negativity regarding Islamic beliefs is Islam. These acts have strengthened after 9/11 in which West started a social war against all Muslims to declare them conservative and terrorist. Despite Islam-phobia, the widest spread religion after the 9/11 attacks has become Islam and still, people are converting to accept the Supremacy of God.

Islam Puts Other Religions in Shade

With the advent of technology, most people have laid this firm faith in science and technology and believes its dominance in the coming days. These types are of those people who are in pure whim neglecting the fact that science proves what has already been quoted by the Exalted Rab Who has created and sustained these signs since creation until now. In his authentic book of miracles, He has made it clear that signs are for believers and to which idolaters will remain dumb and deaf.  Allah says:

“Indeed, in the creation of the heavens and earth, and the alternation of the night and the day, and the [great] ships which sail through the sea with that which benefits people…… directing of the winds and the clouds controlled between the heaven and the earth are signs for a people who use reason.” (Surah Al-Baqarah 2:164)

Islam has not spread by means of sword purview of Westerns claim but has spread because of authentic Quran, Prophet Muhammad (PBUH) personality, and Sunnah that has diverted many non-Muslims and has propelled them to include his name in the most influential man on earth. Allah says:

Islam has spread because the strong faith bearer worships their positive attitude towards every aspect, universality of Islamic principles that are cohesive and consistent that is why approximately 40,000 Britains, 70,000 French nationalists, and 100,000 Americans have embraced Islam in recent years that are irrefutable facts.

Reasons that Make Islam a Widespread Religion in no time:

Allah Almighty sent down His apostles for the establishment of truth through His sacred words that have been concealed in Divine Quran. Holy Quran is not the first and the last revelation as prior to its revelation Allah sent three other books that encompass the same teachings as encoded in the Quran. The reason that has cemented Islam as fast-growing religion exhibits the attributes that other religions lack for sure.

Islam undoubtedly is one true authentic religion of God, which is guidance and source of Hidayah for all Muslims on earth. For Islam authenticity, this alone reason is sufficing that it is accepted and declared by Allah the glorified Lord. He has ordered the worshippers to enter the religion of Islam in order to find peace and absolution. The followers of Rab are free from all ambiguous confusions of following fake lords (Trinity) who cannot help yet are a factory of satanic whispers.  Allah says:

“Certainly disbelieved those who say, “Indeed Allah (is the) third (of) three.” And (there is) no [of] god except (the) One God. And if not they desist from what they are saying surely will afflict those who disbelieved among them, a punishment painful.” (Surah Al-Ma’idah 5:73)

Humans of today are succumbing to the fast and forward era where there is no time for self-analysis and contemplation. Religion has a gone word and satisfaction has at all disappeared from their pages of life-let. Psychology has estimated the rise in anxiety and despondencies increasing in self-inflicting crimes and suicides. Islam provides a solution to these all ordeals and asks His followers to seek peace and satisfaction in Allah’s words. Allah is the creator of hearts and only Allah can soothe it. Quran says:  Allah says:

The edifice of Islam has built upon Justice and equality. These two attributes have joined the five fundamental pillars of Islam together and discourage all those factors breeding discrimination in rights. To the West, Muslims are conservative enough who dominate their female entities and keep them oppressed.

The insight of Allah, the level of distinction is piety nor character and gender. Muslim men have advised being fair and just to their wives following the Sunnah of Prophet Muhammad (PBUH). Islam has liberated women enough that most of the converted persons towards Islam are women mostly.

4. No Compulsion in Religion

Despite that, Allah has called religion Islam acceptable yet He declares it part of one’s willingness to accept it or not. There is no compulsion in a selection of religion hence man has been freed from all kinds of hardships. The significant pillars that are the essence of Islamic dogmas and doctrines even exhibit some clauses that refrained from adopting its rituals in hard times Allah has a clear narrative like.  Allah says:

The yearning for a quest for truth helps Islam to pave its feet deep in the shores of people’s hearts. Islam does not require reasons nor have any logic to persuade people towards Allah’s doctrines yet people of all races, creeds, and nations accepted it as true religion. Islam is verily a religion of solace and peace and truth, in the end, prevails regardless of circumstances.