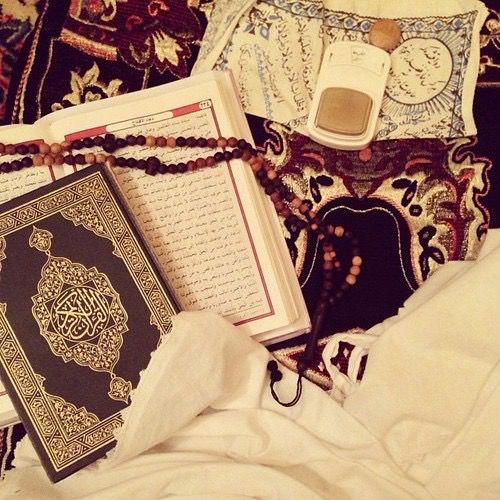 Everyone would acknowledge that our body parts, such as our eyes, ears, brains, and hearts, have a purpose. Wouldn’t it then make sense that the individual, as a whole, also has a purpose? God, the All-Wise, did not create us to simply wander or to only fulfil our basic instincts and desires. Rather, God describes this life as a test. Every person is being tested as to who will choose to acknowledge God and follow His guidance. Allah says:

“He (is) the One Who created you from a single soul and made from it its mate that he might live with her. And when he covers her, she carries a burden light and continues with it. But when she grows heavy, they both invoke Allah, their Lord, “If You give us a righteous (child), surely we will be among the thankful.” (Surah Al-Araf 7:189)

For many, the underlying issue is not really about believing in God, but about the implications of believing in Him. It would mean being held to account and judged for one’s actions, which may be inconvenient for the lives they want to lead. Therefore, the test in this life involves following and humbling ourselves before God in preference to our desires, pride, and ego. Allah says in His Quran He did not create all of this for any foolish purpose. Allah says:

He created us to worship Him, Alone and without any partners. And He is Who has created the heavens and the earth in six Days and His Throne was on the water, that He might try you, which of you is the best in deeds. But if you were to say to them: Allah says:

“And certainly you have come to Us alone as We created you (the) the first time, and you have left whatever We bestowed (on) you behind your backs. And not We see with you your intercessors those whom you claimed that they (were) in your (matters) partners (with Allah). Indeed, have been severed (bonds) between you and is lost from you what you used to claim.” (Surah Al-An`am 6:94)

God does not need anything – He does not need to create anything and does not need to test anyone. He does not benefit from our belief and is not affected by our disbelief. Rather, it is part of His infinite wisdom that He created us and allowed us to know Him. God knows the future – the point is, for us to live through and experience our lives and make our own choices. Allah says:

“And not We created the heavens and the earth and whatever (is) between them (in) play.” (Surah Al-Dukhaan 44:38)

The fact that God knows our choices does not make it any less voluntary. Although God wants people to believe in Him, He does not force anyone. If God willed, He could guide all of humankind, He has power over everything.

But in His Wisdom, He has created us with the ability to choose and made us accountable for our choices. God is not necessarily pleased with everything that He allows to occur. And when some hurt touches man, he cries to his Lord (Allah Alone), turning to Him in repentance, but when He bestows favour upon him from Himself, he forgets that for which he cried for before, and he sets up rivals to Allah, to mislead others from His Path. Allah says:

“Those who remember Allah standing, and sitting and on their sides and they reflect on (the) creation (of) the heavens and the earth, “Our Lord, not You have created this (in) vain. Glory be to You, so save us (from the) punishment (of) the Fire.” (Surah Al-Imran 3:191)

One of the striking effects of faith is a feeling of gratitude towards God. Believers love God and are grateful to Him for the blessings He gives them. They are aware of the fact that their good deeds will never be equal to His divine favours upon them so they are always striving to please Him. Allah says:

Say, “Travel in the earth and see how He originated the creation, Then Allah will produce the creation the last. Indeed, Allah on everything (is) All-Powerful.” (Surah Al-`Ankabut 29:20)

The Quran is a guidebook teaching us how to worship God most purely and thereby achieve our purpose in life. The Quran is unique because it has remained preserved in its exact and original form for more than 1,400 years. Allah says:

“O mankind! Consciously revere your Lord the One Who created you from a soul single and created from it its mate and dispersed from both of them many men and women. And consciously revere Allah (through) Whom you ask [with it] and the wombs. Indeed, Allah is over you Ever-Watchful.” (Surah an-Nisa 4:1)

Islam is not a new way of life; rather, it is the final message, which upholds the same essential beliefs that God sent to humanity through all of His messengers. Through this message, God calls on each individual to lead a conscientious life by drawing close to Him and to remain cognizant of their final accountability in front of the one and only God. Allah says:

“HHas not come (the) time for those who believed that become humble their hearts at (the) remembrance (of) Alla and what has come down of the truth? And not they become like those who were given the Book before, (and) was prolonged for them the term, so hardened their hearts, and many of them (are) defiantly disobedient.” (Surah Al-Hadid 57:16)

Allah reminds man again and again of his lowly and inferior origins, of his first and subsequent creation, to cull his arrogance and reinforce his belief in Allah’s absolute power of creation and resurrection. The “miracle” of our creation enables us to recognize and remain in total awe of Allah’s limitless powers. That, in turn, allows us to submit to Him and His message conveyed to us through His Prophets.