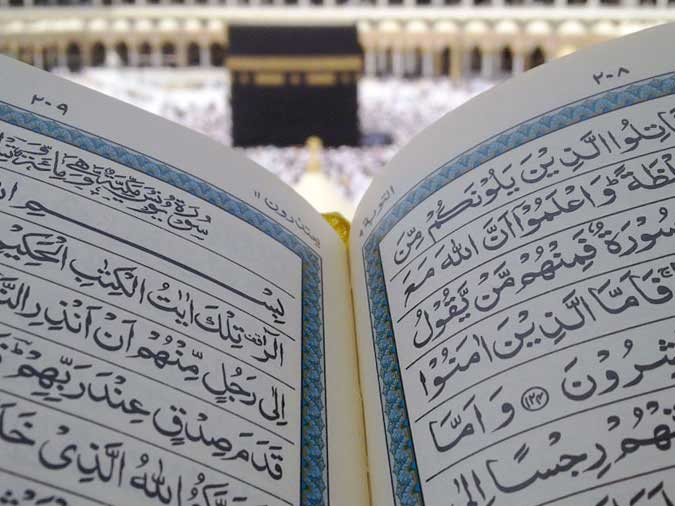 The most fundamental belief that a Muslim has is that “There is only One God,” the Creator, the Sustainer. The fundamental pillar of faith in Islam is to declare that “there is no deity worthy of worship except the One True Almighty God” (in Arabic: “La Ilaha Ill Allah”).In the Quran, we read that Allah is Compassionate and Merciful. He is Kind, Loving and Wise. He is the Creator, the Sustainer, the Healer. He is the One who Guides, the One who Protects, the One Who Forgives. There are traditionally 99 names, or attributes, that Muslims use to describe Allah’s nature. Allah says:

“God is the Creator of everything. He is the guardian over everything. Unto Him belong the keys of the heavens and the earth.” (Surah Az-Zumar 39:63)

Allah means literally the one God. It is pretty easy to understand how different languages give the same thing different names. He is Self-Sufficient or Self-Subsistent or, to use a Quranic term, Al-Qayyum. The Creator does not create only in the sense of bringing things into being, He also preserves them and takes them out of existence and is the ultimate cause of whatever happens to them. Allah says:

“And not any moving creature in the earth but on Allah (is) its provision. And He knows its dwelling place and its place of storage. All (is) in a Record clear.” (Surah Hud 11:6 )

Islam is based on the concept of Tawhid, or Unity of God. Muslims are strictly monotheistic and fiercely reject any attempt to make God visible or human. Islam rejects any form of idol worship, even if its intention is to get “closer” to God, and rejects the Trinity or any attempt to make God-human. Allah says:

“And certainly We created man and We know what whispers to him his soul, and We (are) nearer to him than (his) jugular vein.” (Surah Qaf 50:16)

The Quran summarizes this argument in the following verses:

Islam is a natural faith, a religion of responsibility, purpose, balance, discipline, and simplicity. To be a Muslim is to live your life remembering Allah and striving to follow His merciful guidance. Muslims pray directly to God, with no intermediary, and seek guidance from Him alone. Allah says:

“And do not debate with the People of the Book, unless in the best of manners, but not with those who are unjust, and say: “We believe in the Revelation that has come down to us and in that which has come down to you; Our God and your God is One, and to Him do we wholly give ourselves.” (Surah Al-`Ankabut 29:46)

The Islamic concept of God is that He is loving, merciful and compassionate. Islam also teaches that He is all-knowing and the perfect judge of affairs, and will punish (or forgive) accordingly. However, Allah once said to Muhammad, “My mercy prevails over my wrath”. So Islam teaches a balance between fear and hope, protecting one from both complacency and despair. Allah says:

The Quranic message is relevant to every nation and era – another proof that the Quran is truly the Word of God. Intending for this Book to remain a source of guidance, inspiration, wisdom, and healing for all of humanity, God designed its message to transcend the bounds of time.