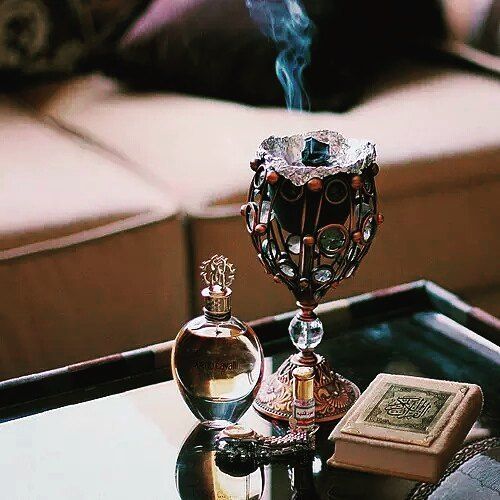 Being a Muslim we must know good and bad deeds. There is a very thin line to shift from good to bad things so, we should be very careful about our acts. Making mistakes or committing sins is a part of human nature and no one is free from it. All of us commit sins and make mistakes. All of us need to repent from our sins, both for specific sins and in a general sense. But what are the conditions of sound repentance? Is it an action or a feeling, or both? Allah says:

One of the major troublesome areas of human existence is the problem of sin or evil in the world. It is commonly believed that sin started with Adam and Eve during their life in the Garden of Eden. That event led to the ‘Fall’ and has ever since branded the human race with guilt, stigma, and bewilderment. If Allah wanted to create sinless people, He could have done so. Rather, it is His will to resurrect us for judgment in the Hereafter based upon our deeds. Allah says:

“O you who have faith, repent to Allah with sincere repentance.” (Surat al-Tahrim 66:8)

The door of repentance, which is to say the opportunity to repent, is available to everyone at every time, except when imminent death is certain or the world ends (signified by the rising of the sun from the west). Repentance is to turn back to Allah and get back on the straight path after being sidetracked by sin and misguidance. Allah intends for us to use our free will to choose righteousness, not simply to be forced into it. Allah says:

“By the soul and He who proportioned it, and inspired its sense of wickedness and righteousness. He has succeeded who purifies it, and he has failed who instils it with corruption.” (Surat al-Shams 91:7-10)

“Rather, Allah has made the faith beloved to you and has made it pleasing in your hearts and He has made hateful to you disbelief, defiance, and disobedience. Those are the rightly guided.” (Surat al-Hujurat 49:7)

The Most Merciful has opened the gate of repentance for us so that we can turn to Him every time we sin. It is also like Allah to forgive and show mercy. We were created so that we might be blessed by His attributes of forgiveness and mercy. When we sin, repent, and achieve forgiveness, we are fulfilling the will of Allah to manifest His attributes. Allah says:

“O ‘Ibaadi (My slaves) who have transgressed against themselves (by committing evil deeds and sins)! Despair not of the Mercy of Allaah, verily, Allaah forgives all sins. Truly, He is Oft‑Forgiving, Most Merciful.” (Surah Zumar:53)

Making mistakes and committing sins is a part of human nature and no one will be free of it. All of us fall short, commit sins, and make mistakes. A daily relationship with Allah is the basic principle to control ourselves from sins. Spend some time reading the Quran and indulging in Zikr. Make it a habit. It will help you to stay focused on Allah in your daily activities. Allah wants to help you and He is always with you. Allah says:

“And whoever does evil or wrongs himself but afterwards seeks Allaah’s forgiveness, he will find Allaah Oft‑Forgiving, Most Merciful.” (Surah Al-Nisa’: 110)

The most important strategy in warfare is to know the enemy. The more you know about your enemy the easier it makes your battle. Likewise, life is a battle against shaytan- The enemy of our souls- We need to study him and the tactics he uses to lead people astray.

As Muslims, we have direct access to Allah. When you wake up in the morning every day ask Allah to protect you from the evil temptations of this world. Make a habit to confess your sins and ask Allah for forgiveness. And surely, man is weak but it is Allaah Subhaanahu Wa Ta’ala Who created us and He knows that we are weak. So out of His Mercy,

Here’s what one can do:

1. MAKE SINCERE TAUBAH: It is essential, rather VITAL, that you should turn to Allaah and repent to Him. Make sincere taubah and try your best to stay away from the sin that you are committing.

2. MAKE DUA: Make sincere Dua to Allaah and ask Him to keep you away from whatever it is that you’re doing. Cry over your sin, beg Him for His Mercy and ask Him to guide you, to give you the strength to stay away from bad deeds and set your heart right.

3. BE STEADFAST IN YOUR OBLIGATORY DEEDS: Pay special attention to your obligatory deeds, especially praying FIVE times a day. Be very particular about your salah and DO NOT MISS ANY SINGLE ONE.

4. READ QURAN WITH MEANING: The problem that most of us have is that we don’t understand the Quran. So our Imaan falls low, we are an easy target for the Shaytaan and we continue to sin.

5. DO A LOT OF GOOD DEEDS: If you’ll be busy doing good deeds, you won’t find time to do bad deeds.

6. STAY AWAY FROM BAD COMPANY: You should stay away from people who do bad things and don’t fear Allah. Stay away from those who helped you to commit this sin.

7. KEEP AWAY FROM PLACES OF SIN: That’s because going to such places may remind you of your bad habits and your being there may make you fall into sin again.

8. DESTROY THE HARAAM: You should also destroy any haraam things that you may have in your possession, whatever it may be that is causing you to sin.

9. SEEK PROFESSIONAL HELP: if you can, for whatever it is that you may be addicted to.

10. SOME DUAS TO RECITE: Open your heart to Him and beg. He will answer you and help you.

Consider these ways to control your sinful nature:

On the other hand, those who stare at others or let others stare at them do not gain anything thereby except danger. Hospitals, courts, prisons and the reports in the dailies are a clear testimony of what such persons themselves, who court danger, and their partners, families, societies, and countries, have lost by doing so. You cannot expect much from those who paralyzed their hearts and wills by wandering glances.

“By Him in whose hand is my soul, if you did not sin, Allah would replace you with people who would sin and they would seek forgiveness from Allah and He would forgive them.” (Ṣaḥiḥ Muslim 2749)

Despite some slips, mistakes, and sins, there are such Muslims who serve in the way of God so sincerely and faithfully that God, the Most Merciful, will not drive them from the gates of His Mercy. We accept and admit our faults. If you fail and fall into sin, repent immediately. You should regret it and be determined never to indulge in any sinful behaviour in the future.

We should keep away from committing sins and making mistakes no matter the sin is major or minor. One should be aware of its consequences and avoid them. Sin is bad news for the one who does it. Below are some reasons why we should avoid sins:

It is like not allowing a box of matches into the forest to protect it from being burnt down; or, even when there is no threat of war, to maintain the practice of guarding the frontiers and headquarters with many sentries; or to stuff all the holes and crevices so that snakes and scorpions have no dwelling-places in which to breed.

That is, to set barriers before vice and evil to prevent many individuals from being led astray and families are broken; to eliminate all the ways and means leading to rape, adultery, murder, all sorts of immorality, perversions, and corruptions; and to deter all sins by prevention. That is the way defined by God.

“By Him in whose hand is my soul, if you did not sin, Allah would replace you with people who would sin and they would seek forgiveness from Allah and He would forgive them.” (Ṣaḥiḥ Muslim 2749)

A comparable caution and alertness are necessary while one goes out in the streets and market-places because it is always possible that the forbidden things will present themselves to our eyes. One should avoid looking at and seeing the forbidden by casting down the eyes or turning the face away. Allah says:

“Friends on that Day will be enemies to one another except Al-Muttaqoon (the pious).” (Zukhruf:67)

One who shuts his eyes to the forbidden does not lose anything materially and spiritually, and he does not give any harm to anybody. One who works efficiently, honestly and sincerely and serves in the way of God, can never be a passive victim of evil and vice. The meaning of this event is to cut off evil at its root.

“Verily, Allah accepts the repentance of his servants so long as they are not on their death bed.” (Sunan al-Tirmidhī 3537)

Such admissions, confessions, are a part of journeying through regrets, remorse, and repentance. We ask Him, again and again, to forgive our wrong-doings out of His Mercy, by His Grace. Allah says:

And God accepts and answers such prayers done wholeheartedly, with faith and sincerity. Thinking about something often can bring it to life; therefore avoid thinking about things that would arise evil temptations in your mind. Try to fill your mind with the remembrance of Allah.

“All of the children of Adam are sinners, and the best sinners are those who repent.” (Sunan al-Tirmidhī 2499)

Repentance, then, is not simply a single act we do from time to time, but rather it is an entire way of life. We ask Allah to make us among the merciful, the compassionate, and the patient, and to purify us and protect us from the disease of malicious hatred. Allah says:

“Say, “If you love Allah, then follow Allah will love you and He will forgive you your sins. And Allah (is) Oft-Forgiving, Most Merciful.” (Surah Al-Imran 3:31)

May Allah makes us among those who frequently repent to Him and seek His forgiveness. one should not go out unnecessarily and, when he does so, he should try to accomplish not a single but a couple of tasks on one occasion. He should keep away from the places and districts where sins are committed and where there is no service in the way of God.