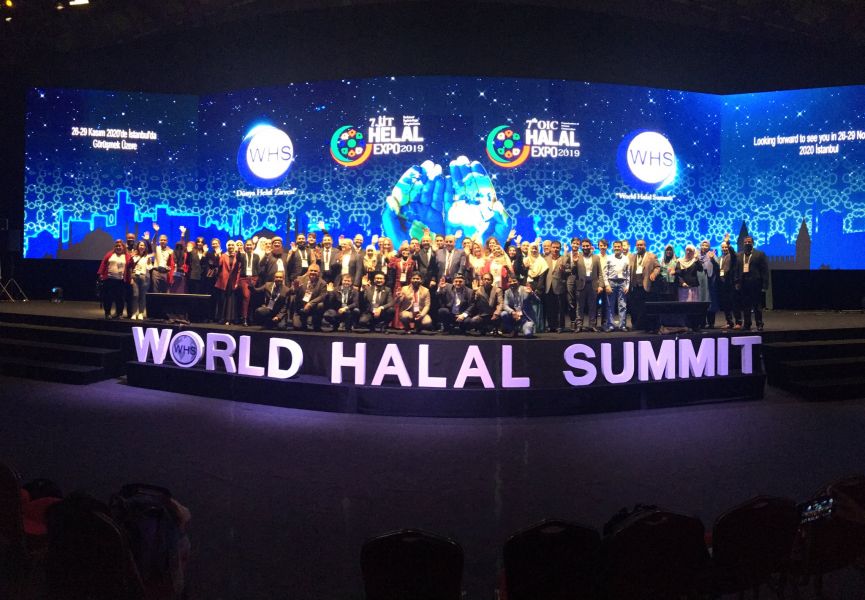 The history of the Muslim world has been bright enough to enlighten the whole of the globe. The golden period of Muslim history ranged from the 8th to 11th centuries when Muslims dominated the world scenes. It’s really important to make it here that there can be no rise of Muslim nations unless there is no Islam. It’s not traditional orientalist thinking here. The fact of the matter is that the success of the Muslim world lies in being faithful to the lord and his apostle. Unity is key, but it involves effort from every individual, just how Allah (SWT) mentions in the Quran, Allah says:

In the eyes of Allah, all Muslims are equal and no superiority is given to anyone on the basis of colour, caste, and creed. This is what is lacking in the Muslim world today. Belief in Islam by itself cannot be sufficient to manage social and political problems. Variations of fideism (a justification by faith alone) cannot be a remedy either. The believer has to do his or her work and make his sacred book speak to the realities of his time. There is only one way to achieve the unity of Muslim Ummah and that way is the way of Muhammad (SWT). Allah says:

“Indeed, Allah orders you to render the trusts to their owners, and when you judge between the people to judge with justice. Indeed, Allah excellently advises you with it. Indeed, Allah is All-Hearing, All-Seeing.” (Surah An-Nisa, 4:58)

The Quran spends an enormous amount of time talking about humanity’s destiny in the world and explains how humans can address the trials and tribulations that are part and parcel of this transitory life. Faith is an enormously precious and important source of knowledge, courage and determination. But it should not lead to theological arrogance and intellectual laziness. When this happens, faith provides no answers to our problems on this earth.

There is only one way out for Muslims to unite and become a united group:

There is so much we can gain just by uniting in good. Our Prophet (saw) was a man of unity. He ensured that he spread love and kindness wherever he went, and just through these actions, he attracted millions of people to join the religion of Islam. Allah says:

“O you who believe! Consciously revere Allah and be with those who are truthful.” (Surah At-Tawbah, 9: 119)

No Muslim living today will deny that contemporary Muslims are hated, despised, and considered backwards. Exceptions apart, this is the case of Muslims whether living as a majority or minority across the globe. It is not that we are poor or uneducated or because we lack political power. There are 58 countries that claim to be “Islamic” and thus qualify for membership of the Organisation of Islamic Conference. Allah says:

“And not became divided those who were given the Book, until from after what came (to) them (of) the clear evidence.” (Surah Al-Baiyinah 98:4)

The fact is that wealth at the disposal of millions of Muslim individuals, corporates and states today far exceeds what Muslims ever owned during the past fifteen centuries. There is an army of graduate, post-graduate and doctorate-holder Muslims. Yet, as people and communities, Muslims are not respected. We live carefree as if Islam poses no duties and obligations on us and as if there will be no Day of Judgment ever. Our lives hardly differ from those who do not believe in Islam, if not worse.

Islam is a religion of peace that lays great emphasis upon mutual understanding and love among fellow Muslims. If the Muslim world wants to compete in a better way and emerge dominant on the global level, better education, well-developed research centres, investment in educational infrastructure are the need of the hour. Allah says:

“And let there be among you [a] people inviting to the good [and] enjoining the right and forbidding from the wrong, and those – they (are) the successful ones.” (Surah Al-Imran 3:104).

The power of unity is so vast, that just by coming together, we can change lives. We can uplift those who are feeling down and we can create a sense of belonging to those vulnerable and those who feel alone. Here are some ways in how we can attain unity to better ourselves and improve our interactions with others. Allah says:

“O you who believe[d]! Be steadfast and [be] patient and [be] constant and consciously revere Allah so that you may (be) successful.” (Surah Al-Imran 3:200)

The habit of blaming others for our own self-made crises. Yes, there is a lot of great power play out there. No one can deny that manipulations are constant in the current world system. The existing global order has much to blame. It does not produce justice, peace and equality. No one will solve the problems of Muslim countries for them; they will have to own their problems and take initiatives on their own terms to the extent possible within the current power structures. Allah says:

“And (do) not turn your cheek from men and (do) not walk in the earth exultantly. Indeed, Allah (does) not like every self-conceited boaster.” (Surah Luqman, 31:18)

The Muslim world has its own share of the trials and tribulations of late modernity: loss of meaning and direction, creeping nihilism, and so on. The Muslim world can do better than what it is doing now with its human, natural and intellectual resources. Muslim nations can and must establish peace, justice, transparency and accountability as the basis of social order. Allah says:

“That is the Book, without any doubt. It contains guidance for those who have taqwa.” (al-Baqarah 2:2)

Muslims can and must solve their own problems without putting the blame on others all the time. Moral conformism and intellectual laziness may give us a false sense of confidence but cannot help us solve our problems. And this can be done without turning our back on the rest of the world. Muslims need to be much outspoken in the affairs of the world if they want to rise up the ladder of world leadership. Allah says:

“All praise is due to Allah, who created the heavens and the earth and made darkness and light. Yet those who disbelieve claim equals (ya’dilun) with their Lord.” (Surah Al-Anam 6:1)

Unity can only be achieved if Muslims get away from unnecessary disputes among themselves, stop fueling a feud within the community when Muslims will listen to Allah’s Ayah in the Quran. May Allah (SWT) allow us to unite in goodness, love and generosity. May He allow us to enlighten those in desperate need with hope and may He maintain love in the bonds we have within our kinship and brotherhood.