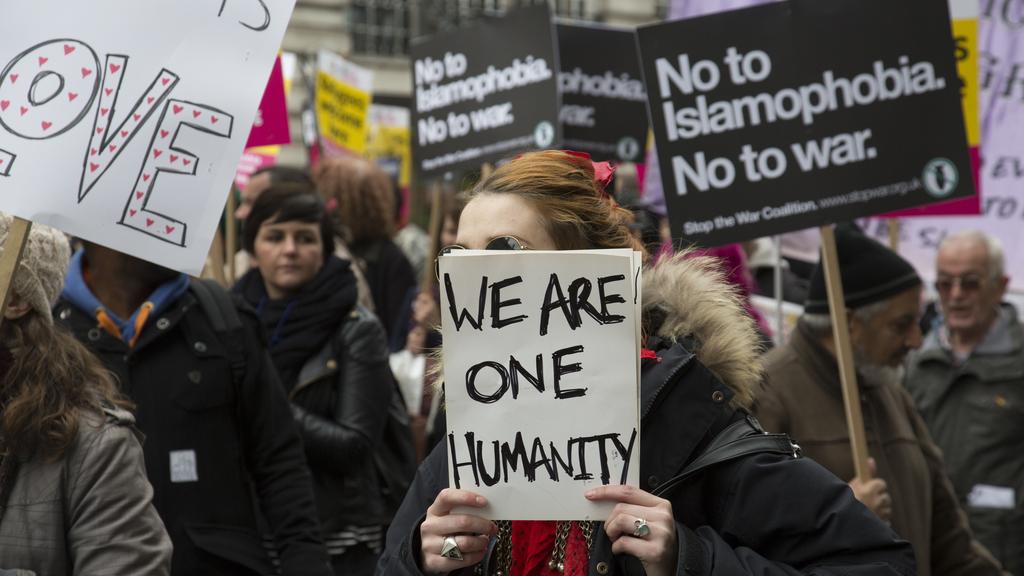 With growing hatred towards anything Islamic, life can be quite challenging for Muslims living in the Western world. Islamophobia and extremism reinforce each other and the two terms are alike in their hatred of the ‘other’. Islamophobia is akin to extremism whose practitioners provoke reactions from Muslims leading to an inflationary spiral of violence. Though centuries-old, Islamophobia, as proven by surveys and other documents, has increased in intensity due to, among others, the fear of the increasing number of Muslim citizens and asylum seekers in the West. Allah says:

Islamophobia and extremism have two things in common: the hatred of the ‘other’ and the resultant militancy and violence in both camps. The two terms are also related in the sense that the more Islamophobia rises and manifests in extremism, the more Muslims organise against it and inversely, the more the Muslim resistance, the more Islamophobic tendencies amplify. Let’s agree first that it is human nature that tends to get attracted to like people and be confused or distant from those who show a difference.

Islamophobia and the Islamophobes

Islamophobia is a neologism used to refer to an irrational fear or prejudice towards Muslims and the religion of Islam as it condemns Islam and its history as extremist and regards Islam as a problem for the world. Allah says:

Islamophobia is at once a deeply personal issue for Muslims, a matter of great importance to anyone concerned about upholding universal values, and a question with implications for international harmony and peace. We should not underestimate the resentment and sense of injustice felt by members of one of the world’s great religions, cultures and civilizations.

Components of Islamophobia are as follows:

Hostility towards Islam and Muslims has been a feature of Western societies for centuries. Dante Alighieri, an Italian poet from Florence, had placed Prophet Muhammad (s.a.w.) in the circle of hell reserved for heretics. This antithetical relationship was perpetuated by the Crusades. A plethora of popular literature has appeared in justification of the Crusades for the repossession of the Holy Land by Western Christendom from the militant, fanatic, illegitimate Muslim occupants. The Muslims were portrayed as the ‘other’ because they fanatically believe in the wrong religion. Christopher Marlowe and William Shakespeare depicted the Saracen, Moor and the Turk in less than positive terms.

Extremism and the Extremists

Most Islamophobes are extremists. Extremism refers to any attitude, action or reaction that deviates from the norms or common moral standards. It denotes hate directed at the ‘other’, which may be expressed through vitriolic rhetoric, discrimination, and/or physical acts of violence. At the root of extremism are radical beliefs and pent-up anger and frustration that may lead to violent acts ranging from hate crimes to terrorism. Islamophobes believe that Muslims in their countries have a strong sense of Islamic identity and hence resist adopting their nation’s customs and way of life. Hence, they use ‘violence’ to intimidate Muslim minorities into silence and to enforce the will of the majority constituency.

The policy prescriptions to deal with Islamophobia and extremism vary depending on the way the problem is perceived. The Runnymede Trust’s report concerning Islamophobia is addressed to the government. It lists several steps that the government should adopt to tackle the issue of Islamophobia, including a greater range of positive images of Islam in the media, more balanced and responsible use of Muslim spokespersons. Allah says:

It is in the interest of non-Muslims, as well as Muslims, therefore, that Islamophobia and extremism be rigorously tackled and removed. The West must adopt strategies to combat Islamophobia in the West and address the political, economic, social and cultural causes of extremism through development programmes and the resolution of long-standing conflicts. There is a need to deal with the great media hype about ‘political Islam’. Allah says:

The major Western powers must pursue courageous, energetic and balanced policies to establish peace in the Middle East and the world as a whole. On their part, Muslims need to be proactive in living according to the true teachings of Islam, condemning violent extremism and terrorism, and in acquiring the Islamic vision, knowledge and initiative to lead humanity towards just and peaceful world order. Allah says:

The best way to eliminate Islamophobia is via dialogue. Understand where it comes from and what fuels it and simply talk with people who suffer from Islamophobia. Invite them to your home and let them experience the difference between the news and real life. Allah says:

The West has maligned Islam, from its inception, as a religion of terror and extremism. This attitude has become much more pronounced in the 21st century and is a cause for concern to the Muslim world. Living as a Muslim in the West and dealing with Islamophobia can be challenging, yet with small actions here and there, the fog will gradually lift insha’Allah.