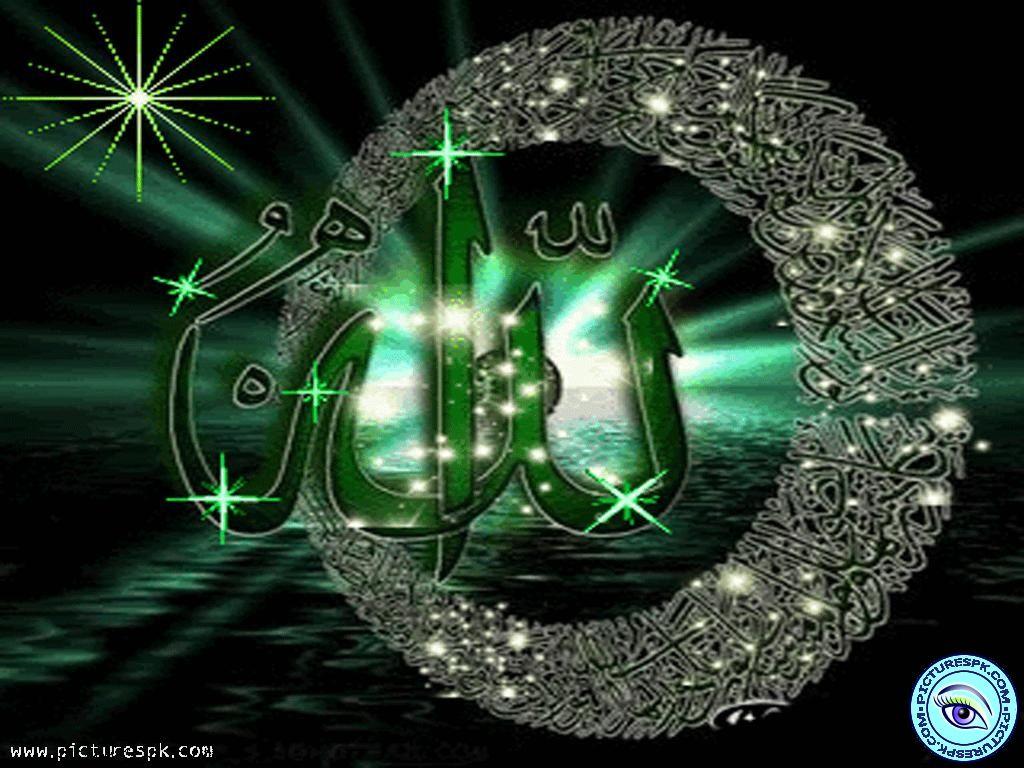 In Islam, Allah is the main word for “God.” Muslims use 99 Names of God to describe God, but “Allah” is the most common of these and means all of them. When a Muslim says “Allah,” all of the other names of God are thought of as part of it. Muslims also believe that this word tells about God’s being a single entity and as being without wrong or defect and of God having no partner. Allah says:

Muslims believe that Allah is the all-powerful Creator of a perfect, ordered universe. He is transcendent and not a part of his creation, and is most often referred to in terms and with names that emphasize his majesty and superiority. Allah created human beings as equals. They may distinguish themselves and get His favour through virtue and piety only. Allah says:

He is Self-Sufficient or Self-Subsistent or, to use a Quranic term, Al-Qayyum. The Creator does not create only in the sense of bringing things into being, He also preserves them and takes them out of existence and is the ultimate cause of whatever happens to them. Allah says:

God created every human soul with some knowledge of His existence. The psychological constitution of man is such that he accepts the existence of the Creator unless he has been conditioned to believe the contrary. In other words, belief in God requires condition, while a rejection of God does. Thus religion is an integral part of human existence.

Allah is a powerful and strict judge, who will be merciful toward followers depending on the sufficiency of their life’s good works and religious devotion. Allah is surely the best ally to have and even He acknowledges it in the Holy Quran. Allah says:

The proper terminology used, in Islam, for God is “Allah.” There are a number of reasons for having a special word for God. First of all, the term “Allah” means, in Arabic, the one and only universal God or Creator and Provider of the universe. Allah says:

It is true that Allah knows all that is in our hearts. Allah’s knowledge compasses all things, as does His mercy and wisdom. There is nothing in the heavens or on Earth that escapes His notice. Similarly, God can do injustice if He chooses to, but He will never do it because being unjust is an ungodly act.

Facts about Allah (God) in Islam:

Man must seek to appreciate the extent of Allah’s knowledge, and reflect to comprehend His greatness. Allah also possesses the power to create many other things beyond our limited imagination. Allah says:

Allah is the One Who can help man drive away any harm for it cannot occur without His Will and His Power. There is nothing in existence but beauty, for God created the cosmos only in His image, that is, in the image of His infinite beauty. Hence all cosmos with all its objects and events is beautiful.

Here is the reason why the Quran speaks, in the following verses:

The knowledge about Allah leads man to know that he is created to live according to Allah’s way as revealed to the last Messenger Muhammad. This Revelation contains a complete code of life. Everything that is beneficial or harmful is established. Allah says:

The One true God is a reflection of the unique concept that Islam associates with Allah. To a Muslim, Allah is the Almighty Creator and Sustainer of the universe, Who is similar to nothing, and nothing is comparable to Him. Man can bring harm to himself if he seeks someone other than Allah for help. Allah says:

“The One Who made good everything He created, and He began (the) creation (of) man from clay.” (Surah Al-Sajdah 32:7)

Islam rejects characterizing God in any human form or depicting Him as favouring certain individuals or nations on the basis of wealth, power or race. He created human beings as equals. They may distinguish themselves and get His favour through virtue and piety only.

Islam matches their expectations about religion and deity. Islam teaches that there is one supreme deity, who is worshipped through good deeds and disciplined religious rituals. After death, a person is rewarded or punished according to their religious devotion. Muslims believe that giving up one’s life for Allah is a sure way of entering Paradise. Allah says:

“Indeed, Allah does not forgive that partners be associated with Him, but He forgives [what] other than that for whom He wills. And whoever associates partners with Allah then surely he lost (the) way, straying far away.” (Surah an-Nisa 4:116)

Islam rejects associating partners with God like depicting Him like humans or considering that humans can help us like God. All the concepts like God can incarnate in any idol or human being are completely rejected by Islam. Considering human beings as partners in matters and decisions of Allah is blasphemous in Islam.