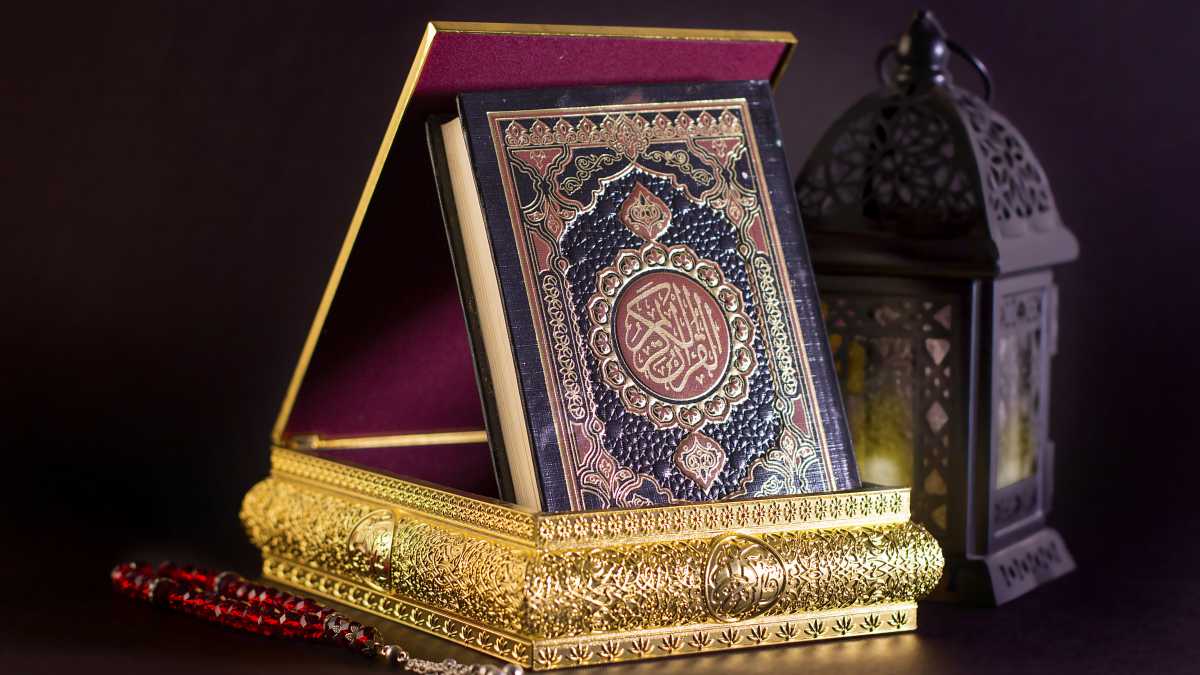 Every Muslim wants to progress in faith and wants to be a True Muslim not just a Muslim. Goodness is a part of human nature, people who are decent and affectionate are generally liked by others, while the inappropriate and indecorous ones are rejected. There is no denying the fact that at present the condition of Muslims all over the world is beyond explanation. Allah says:

“All praise is due to Allah, who created the heavens and the earth and made darkness and light. Yet those who disbelieve claim equals (ya’dilun) with their Lord.” (Surah Al-Anam 6:1)

This plight of Muslims is a representation of the plight of Islam, therefore, it is not only the Muslims who are experiencing the downfall, but it is also Islam that is going through the downfall because of Muslims. Islam puts great emphasis on their rights, and everyone is directed to be mindful of this delicate matter. Islam and Muslim Ummah have once enjoyed dominance over the world in pretty much the same glory as the West at present enjoy over the rest of the world. Allah says:

“And (do) not turn your cheek from men and (do) not walk in the earth exultantly. Indeed, Allah (does) not like every self-conceited boaster.” (Surah Luqman, 31: 18)

The first thing to clarify here is that education does not stand for literacy, rather it stands for enlightenment. Muslim countries are far behind the developed world when it comes to literacy rate and it is quite natural for them to be less enlightened as well due to less literacy. Muslims need to realize that in order to move forward in the world and stand for what Islam stands for, they need to get an education in worldly literacy and religious enlightenment. Allah says:

“And has decreed your Lord, that (do) not worship except Him Alone and to the (be) good. Whether reach with you the old age one of them, or both of them, then (do) not say to both of them a word of disrespect and (do) not repel them, but speak to them a word noble.” (Surah Al-Isra, 17: 23)

Our religion has greatly stressed building and sustaining nice kinship and ties with one`s family members. In order to be a true Muslim, a person has to put Islam to practice and follow the instructions religiously. For beginners, a Quran tutor can help best in this regard as he or she can help explain the ayahs of the Quran that contain instructions, however, an understanding of the Sunnah of Prophet Muhammad (PBUH) is also required to see how He put those instructions to practice. The lines below discuss such pivotal tips that can help you become a better and true Muslim.

Qualities of True Believers in Islam:

To become a Mumin or true believer we need to strive in keeping up with these distinctive qualities which we are going to discuss below in this article:

The most imperative thing that is the core of all the Islamic faith is the belief in Allah. It is the nature and grandeur of this belief that shapes the life of a Muslim and makes him or her a better Muslim or someone who is just a Muslim by name. If there is one single thing that represents Muslims these days or has been a representative of Muslims since Islam is the obligatory prayer. Allah says:

“Indeed, Allah orders you to render the trusts to their owners, and when you judge between the people to judge with justice. Indeed, Allah excellently advises you with it. Indeed, Allah is All-Hearing, All-Seeing.” (Surah An-Nisa, 4:58)

Islam and Muslim Ummah have once enjoyed dominance over the world and are pretty much the same glory as of the West at present enjoy over the rest of the world. Although Muslims have spread across the world and Islam is no more a religion confined by regional boundaries, however, all of it has brought nothing good to Islam, rather despite all its expansion. Allah says:

“O you who believe! Consciously revere Allah and be with those who are truthful.” (Surah At-Tawbah, 9: 119)

Islam is a religion of peace, prosperity, equality, justice, well being of the society and every other good quality that a person can associate with a good and ideal system of living. Therefore, at present what has happened is that Islam has lost its essence and there are few Muslims who live by the true spirit of Islam. The spirit of Islam undoubtedly does not lie in Muslims leaving religion and following worldly education only. Allah says:

“And certainly, We have honoured (the) children of Adam and We carried them on the land and the sea, and We have provided them of the good things and We preferred them over many of those whom We have created (with) preference.” (Surah Al-Isra 17:70)

Ethics is one of the major preachings of Islam. For a Muslim religious life is of importance, however, in order to be a true believer the religious life needs to be complemented with kindness in the ethics domain as well. Therefore, whenever a Muslim finds a chance, he or she should strive towards being kind and take care of all those around and help them in their time of need. Allah says:

The understanding and implementation of the tenets of the Quran and Sunnah need to be ensured in the Muslim world for the Muslim world to return to its former glory and grandeur. The Muslims believe that the guidance in the Quran is for all time and all people. Even though many Muslim scholars have often differed on the issue of giving a copy of the Quran to non-Muslims. Allah says:

“Then when you (have) finished the prayer, then remember Allah standing and sitting and (lying) on your sides. But when you are secure then establish the (regular) prayer. Indeed, the prayer is on the believers prescribed (at) fixed times.” (Surah An-Nisa, 4:103)

In short, just accepting Islam or being born a Muslim is not enough, rather once in the circle of Islam, a Muslim has to strive towards being a better Muslim so that with the passage of time he or she becomes a better Muslim and on the day of judgment rises among the blessed ones. May Allah Almighty make us all follow such a straight path and make each of us a true believer or Mumin having these qualities! Ameen.