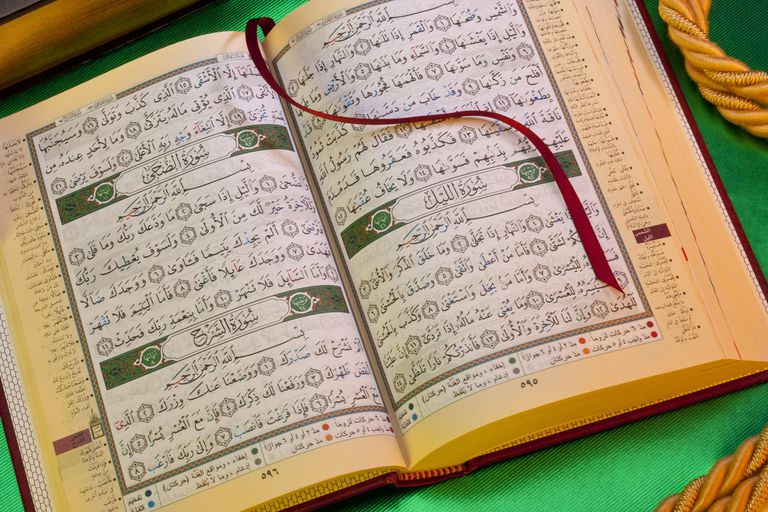 You have sinned – 39:53
Say, “O My servants who have transgressed against themselves [by sinning], do not despair of the mercy of Allah. Indeed, Allah forgives all sins. Indeed, it is He who is the Forgiving, the Merciful.”

You are seeking peace – 5:16
By which Allah guides those who pursue His pleasure to the ways of peace and brings them out from darknesses into the light, by His permission, and guides them to a straight path.

You are seeking a friend – 2:257
Allah is the ally of those who believe. He brings them out from darkness into the light. And those who disbelieve – their allies are Taghut. They take them out of the light into darknesses. Those are the companions of the Fire; they will abide eternally therein.

You are racially discriminated – 49::13
O mankind, indeed We have created you from male and female and made you peoples and tribes that you may know one another. Indeed, the noblest of you in the sight of Allah is the most righteous of you. Indeed, Allah is Knowing and Acquainted.

You are seeking love and tranquillity –30:21
And of His signs is that He created for you from yourselves mates that you may find tranquillity in them, and He placed between you affection and mercy. Indeed in that are signs of a people who give thought.

You are yearning for a close friend: 50:16
And We have already created man and know what his soul whispers to him, and We are closer to him than [his] jugular vein

You feel you are not appreciated: 76:22
[And it will be said], “Indeed, this is for you a reward, and your effort has been appreciated.”

You feel underprivileged: 14:34
And He gave you from all you asked of Him. And if you should count the favour of Allah, you could not enumerate them. Indeed, mankind is [generally] most unjust and ungrateful.

You are tired of hardships: 94:05
For indeed, with hardship [will be] ease.

You people come to fight with you: 25:63
And the servants of the Most Merciful are those who walk upon the earth easily, and when the ignorant address them [harshly], they say [words of] peace

For deliverance from fear:2:62
Indeed, those who believed and those who were Jews or Christians or Sabeans [before Prophet Muhammad] – those [among them] who believed in Allah and the Last Day and did righteousness – will have their reward with their Lord, and no fear will there be concerning them, nor will they grieve.

For assurance of forgiveness: 3:135
And those who, when they commit an immorality or wrong themselves [by transgression], remember Allah and seek forgiveness for their sins – and who can forgive sins except Allah? – and [who] do not persist in what they have done while they know.

For double assurance: 15:49
[O Muhammad], inform My servants that it is I who am the Forgiving, the Merciful.

May Allah bless the one who compiled these, the one who shared it, all of them who read it and May He accepts this service from us and grant us righteousness. Aameen.