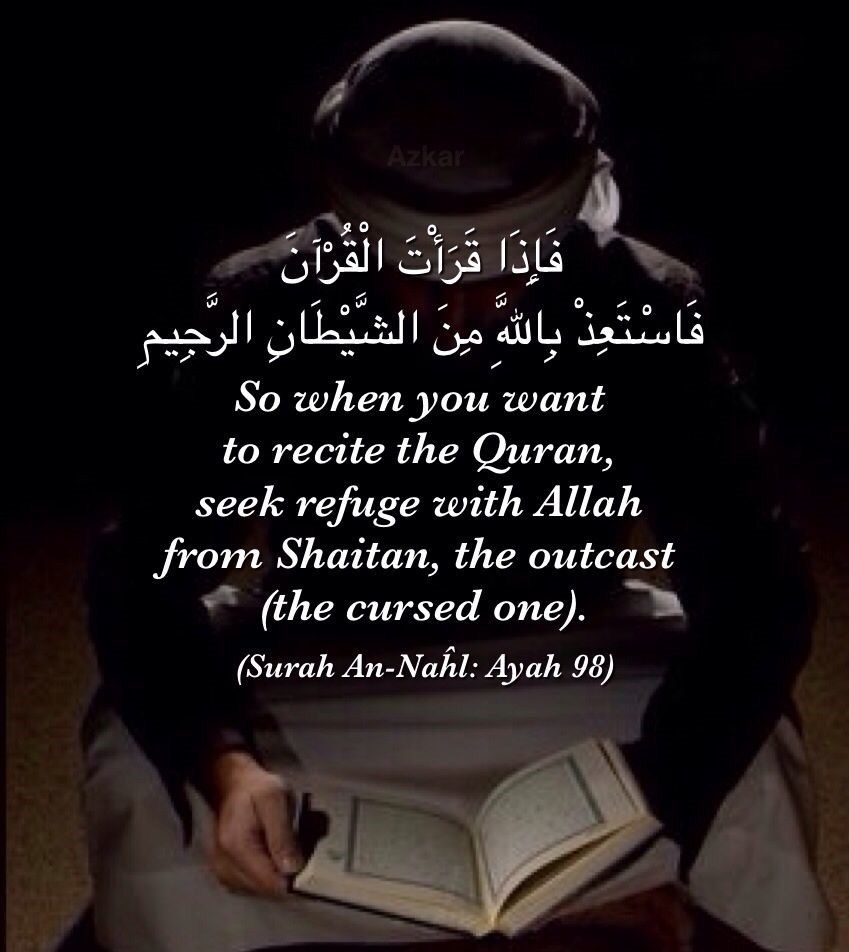 Satan is the most dangerous enemy for misguiding mankind. He is always vigilant and never ceases attempts to mislead us from the straight path. Thus, the Quran and the Sunnah warned against Satan repeatedly, detailing his plots and explaining his ways to influence the ego (nafs). As Muslims, we need to be aware of Satan’s schemes, and solutions to avoid those traps. We must realise that as long as we are alive, Satan will never give up attempting to mislead us. Allah says:

“Surely Satan is an enemy to you, so take him as an enemy. He only invites his followers to become inmates of the Blazing Fire.” (Surat Fatir 35:6)

Allah SWT told us in the Quran that he is our enemy, and not only that, you should take him as an enemy as well. Allah says, “Surely, Satan is an enemy to you, so treat him as an enemy. He only invites his followers to become the dwellers of the Blazing Fire.” Satan, as we know, is our enemy. We must always be on our guard and constantly ask Allah for guidance and protection. Allah says:

“And if an evil suggestion comes to you from Satan, then seek refuge in Allah. Indeed, He is Hearing and Knowing.” (Surah Al-Araf 7:200)

Our struggle against Satan is fundamental to our existence in this life; Satan’s deception is the cause of the descent of our father Adam from paradise. Allah has not ordered Adam’s descent from paradise to make him deficient; rather, On the other hand, the human being is also a weak being plagued by his desires and deficiencies.

An unending war between man and Satan:

“And Allah wants to lighten for you (your difficulties), and mankind was created weak.” (Surah An-Nisa, 4:28)

Satan is effectively powerless over those privileged with Allah’s protection. Our struggle against the accursed enemy of Allah is a journey to human excellence and perfection; a journey characterized by self-discovery and self-reform. It is well established in the Quran that Satan is our worst enemy who never misses an opportunity to attack and ambush humans. Allah says:

Allah asked, “What prevented you from prostrating when I commanded you?” He replied, “I am better than he is: You created me from fire and him from clay.” (Surah Al-A’raf 7:12)

Satan tempts us with our impulses and wants us to obsess about things that gave birth to the idea of consumerism. Satan wants humans to be fanatical by creating this throw-away society. Wanting things is not bad but as it is mentioned in the Quran, he whispers in our chest and manipulates emotions, attractions, and desires. Allah says:

“Satan’s plan is to stir up hostility and hatred between you with intoxicants and gambling and to prevent you from remembering Allah and praying. Will you not then abstain”? (Surah Al-Ma’idah 5:91)

Satan will lure a person to invent wrong beliefs. The biggest problem with consumerism is the fact that people do not realize that there is a problem. Satan uses this ignorance and twists our needs to overwhelm us with them. The heart is like a fort, and Satan wants to conquer this fort. The only way to secure it is by guarding its doors and points of weakness. One who is unaware of these doors and weak points will remain defenceless.

Every human has desires and temptations. Satan plays on this and convinces a man to indulge in instant gratification without considering the consequences. This inevitably leads to regret and humiliation, either in this life or on the Day of Judgement. It is clear that a reduction in consumerism requires a change in current lifestyles. Consumerism, of course, is a problem for humanity, not just Muslims. It is a cultural behaviour and symbolizes certain attitudes. Allah says:

“And if We had sent an angel, We would have certainly made it ˹assume the form of˺ a man—leaving them more confused than they already are.” (Surah Al-An’am – 6-9)

The greatest activity of Satan is to present sins as nice and attractive things to people. Hence, the battle with Satan is never-ending. Satan has taken an oath that he shall take a portion of Allah’s servants with him to hell. Satan presents sins to people in a favourable light, such as how he deceived Adam and Eve into eating from the tree. Allah says:

“Satan promises them and arouses desire in them. But Satan does not promise them except delusion.” (Surat An-Nisa 4:120)

The battle against Satan can only be won if we are aware of his traps because the exposure of evil is a warning against falling into it. Satan will confess to his sins and mischief on the Day of Judgement. He will declare before all of the creation that truth lies with Allah and that he (Satan) is a liar. Thus, the primary weapon is to strengthen our relationship with Allah and to humble ourselves in servitude to Him. Allah says:

“When the misfortune fell on them, they did not humble themselves, but instead their hearts became hardened, and Satan made their bad deeds alluring to them..” (Surat Al-Anam 6:43)

The battle against Satan can only be won if we are aware of his traps, and if we apply the strategies to defeat him. On the Day of Judgement, Satan will confess to his sins and mischief. He will declare before all of creation that Allah is the One who tells the truth and that he (Satan) is a liar. We ask Allah the Almighty, by His most beautiful Names and sublime Attributes, to forgive our sins and grant us refuge from the traps of Satan.