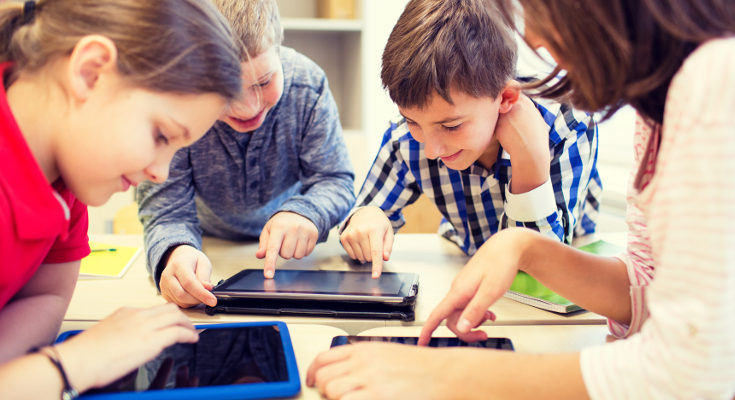 We live in an era of technology. It grows faster and faster by the day so that we have to keep up with the change. Not to deny, technology makes our every day so much easier. Everything becomes more convenient because of technology, from finding information on the web to everyday needs such as food delivery or online shopping. Allah says:

Science and technology have brought both benefits and harm to mankind, though the benefits have been much greater. Just think of all the people who starved to death due to the lack of modern tools and equipment that help us today in the farming industry, or the role of computers and the internet in education and communication all around the world. Allah says:

Ever since its advent, Islam has encouraged its followers to seek knowledge. It is astonishing how much importance the Quran ascribes to knowledge and learning. It bids us reflect on the creatures of God. The power of technologies nowadays is nothing to be underestimated. As Muslims, we should use technology as a way to improve our iman and Islam. The effect of technology in Islam is very huge, both in the life of Muslims and Islam as the religion itself. Allah says:

“And of the devils (were some) who would dive for him and would do work other than that. And We were of them, Guardians.” (Surah Al-Anbya 21:82)

Seeking knowledge counted as a good deed in Islam. A useful knowledge that passed down from person to people even counted as deeds that never stop after the people die. Seeking knowledge is not always in school but actually can be done in other ways. Internet and technology are good combinations to seek knowledge in modern years. We can learn about Islam through the smartphone and it’s very convenient since we can access it anywhere and anytime. Allah says:

Technology is a result of continually improved knowledge. Islam is a very flexible religion that can keep up with change and modernity. This change is also embraced by Muslims since they are now using smartphones and the internet. Islamic preachers are now using technology to spread their da’wah as wide as possible. They often recorded it and upload it later on Youtube or doing the da’wah live via Facebook. This is a very positive impact of technology for Islam. Allah says:

“And inherited Sulaiman Dawood. And he said, “O people! We have been taught (the) language (of) the birds, and we have been from everything. Indeed, this surely, it (is) the favour evident.”  (Surah An-Nam 27:16)

According to Islam, women are to stay at home, taking care of the children and household while the husband is working hard outside. Internet and technology give freedom to the woman to work from home, supporting the family’s finance. They can start an online business while looking after the family.

Here are some of the effects of technology in Islam:

The use is of the internet initially unwelcome by Islamic scholars. Up until today, some of them are still disapproved of the technology. But many Muslims use technology to strengthen their iman to Allah SWT. They often access da’wah from Islamic scholars from all over the world and learn Islam deeper through it. Allah says:

“And certainly, We gave Dawood from Us Bounty. “O mountains! Repeat praises with him, and the birds.” And We made pliable for him [the] iron.” (Surah Saba 34:10)

When Muslims travel, they usually find it hard to find the Kaaba direction. If there is a mosque nearby, it won’t be a problem. But what if we go to a non-Muslim country where the mosque is hard to find? Smartphones and other devices such as smartwatches can work as a compass to show direction, making Muslims more convenient to perform prayers. Allah says:

“And We strengthened his kingdom and We gave him [the] wisdom and decisive speech.” (Surat Sad 38:20)

Social awareness grows fast through the internet. Thankfully, it makes it easier to do good deeds and help our fellow Muslim brother who is in need. Doing charity is now can be done through the internet and the people in every part of the world can participate in the charity.

Technology and social media are very close to young people. We can’t deny that Islamic knowledge can be somehow boring for them since it’s all about history. The existence of technology has thankfully solved this matter, and young Muslims can learn about Islam in a more friendly way. Allah says:

“And to Sulaiman, the wind – its morning course (was) a month and its afternoon course (was) a month, and We caused to flow for him a spring (of) molten copper. And [of] the jinn who worked before him by the permission (of) his Lord. And whoever deviated among them from Our Command, We will make him of (the) punishment (of) the Blaze.” (Surah Saba 34:12)

Technology is very beneficial for Muslims who start their own business. Promotion and marketing become easier and more effective through the internet. Also, it doesn’t require a large amount of money. Technology is very helpful when it’s used for good.

Islamic education should be started at a very young age. Children should understand their basic obligation, about iman and Islam. Educating children is easier and more fun by using technology. Many Islamic apps can be downloaded for free to teach children how to read Quran, doing prayers, and wudu.

In recent years, there many violent and terrorist act associated with Islam. This caused misunderstanding and misconception about our beautiful religion. People could learn about true Islam through the internet so that any misunderstanding can be cleared. Allah says:

Said a strong one of the jinn, “I will bring it to you before [that] you rise from your place. And indeed, I am for it surely, strong, trustworthy.” (Surah An-Naml 27:39)

Daily activities, working way too seriously can make unaware of the time that has passed. Unknowingly we missed the prayer time and end up unable to fulfil the five obligatory prayers daily. Thanks to the Islamic app on a smartphone, we are reminded of prayer time every day. So no matter how busy we are, we won’t miss the time to pray. Allah says:

“He (is) the One Who made for you the earth subservient, so walk in (the) paths thereof and eat of His provision, and to Him (is) the Resurrection.” (Surah Al-Mulk 67:15)

Quran is given to Prophet Muhammad (peace be upon him) in the Arabic language. But not every Muslim speaks Arabian nor understand it well. Learning the meaning of the Quran is easier for non-Arabic Muslims since there are many Quran app that provide any spoken language in the world. It makes learning the Quran easier for Muslims. Allah says:

A good Muslim should use technology wisely. Technology should bring people’s life to a better level, so get rid of and avoid all the negativity. Making use of technology to spread Islam around the world and committing good deeds to show the real principle of Islam.