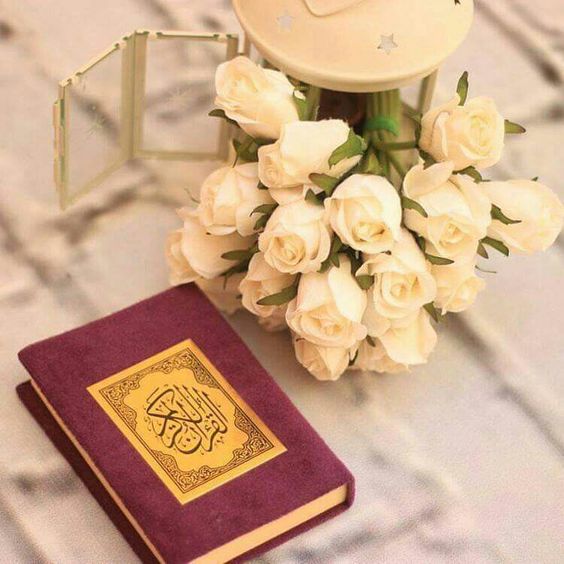 Allah the Almighty has made it clear for us to use the night to rest, and the day to “see”. The word “see” here shows Allah’s defined knowledge (revealed to our beloved Prophet nearly 1400 years ago) that it is indeed “light” that affects our cycle, similar to what has only been recently discovered using modern science. Note the precise manner in which Allah addressed this matter. Allah says:

“It is Allah alone Who has made the night that you may rest in it and has made the day light-giving. Surely in that, there are signs for those who give heed (to the call of the Messenger).” (Surah Yunus 10:67)

If we look from outside earth, it is clearly seen that night coves day. Also, we can see that the earth is surrounded by darkness from all sides. If we record earth rotation in a movie and we play it in forwarding speed, we will see as if a night is trying to catch day but it (night)couldn’t precede or to be at the head of it(day). Allah says:

“Verily! In the creation of the heavens and the earth, and in the alternation of night and day, there are indeed Signs for men of understanding.” (Surah Al-Imran, 190 – 200)

The apparent movement of the sun across the sky is actually due to the rotation of our Earth. The sun always appears to rise in the east and set in the west regardless of where you are on earth. Allah says:

“It is He who gives you life and death, and His the alternation of night and day. Even then you do not understand.” (Surah Al-Muminun 23:80)

Night and day move at the same speed and they swim around the earth due to earth rotation:

“By the Sun and its morning brightness, and the moon when it follows it, and the day when it displays it, and the night when it conceals it.” (Surah Ash-Shams, 1-4)

Night and day move at the same speed and they swim around the earth due to earth rotation around itself. God has created in the kingdom of plants those which need daily darkness until they flower, thus they are called” long night plants” on the contrary, there are others which need light” long daytime plants. Allah says:

“It is He who created the Night and the Day, and the sun and the moon: all (the celestial bodies) swim along, each in its rounded course.” (Surah Al- Anbiyaa- verse 33)

“It is out of His mercy, He (Allah) has made the night and the day to take rest after the fatigue of the day for earning your livelihood. You should be thankful for your Lord for this great favour.” (Quran, 28:73)

Night and day overlap along a circle that surrounds the earth in an area where sunset happens on one side and sunrise happens on the other side. Allah says:

“Do not you see that Allah merges Night into Day And He merges Day into Night; that He has subjected the sun and the moon (to His law), each running its course for a term appointed; and that Allah is well-acquainted with all that ye do?” (Surah Luqman – verse 29)

The moon is an inert body that reflects light, whereas the sun is a celestial body in a state of permanent combustion producing both light and heat. Allah says:

The differentiation between daytime and night in length, brightness, darkness, warmth, and coldness are important factors for life. For instance, in flowering plants, neither fruits nor seeds will grow if flowers haven’t, and these flowers don’t grow on any plant unless it has a chemical biological substance called” flowering hormone” which leads to the flowering process.

The differentiation between daytime and night in length, brightness, darkness, warmth, and coldness are important factors for life. For instance, in flowering plants, neither fruits nor seeds will grow if flowers haven’t, and these flowers don’t grow on any plant unless it has a chemical biological substance called” flowering hormone” which leads to the flowering process. Allah says:

Night moves toward the west and covers the day from all sides, on the other side of the earth the day moves toward the east trying to reach the night. This process happens continuously. The information provided in the Quran about the day and night is just one of these amazing miracles. Allah says:

“Verily, in the creation of the heavens and the earth, and in the succession of night and day, there are indeed messages for all who are endowed with insight.” (Al-Imran 3:190)

The area which separates night from day appears as a thin thread that separates darkness from light. This verse tells us about a separating area and the dawn in the middle between both of them. Allah has made day and night and asked us to discipline our bodies and minds to follow the correctness of our routines in it. Allah says:

“Allah alternates the night and the day. Indeed in that is a lesson for those who have a vision.” (Surah An-Nur 24:44)

One of the things that prove that the Quran is the words of Allah, is that it informs us of scientific facts that no one could have possibly known about when Quran was sent 1400 years ago. Being that can manage the Universe and every living thing that it contains is no doubt worthy of our worship. So read the Quran and learn the powers of Allah. And know that Allah never sleeps. Be it night or day. May Allah enable all of us to follow his instructions in the Quran, Ameen.