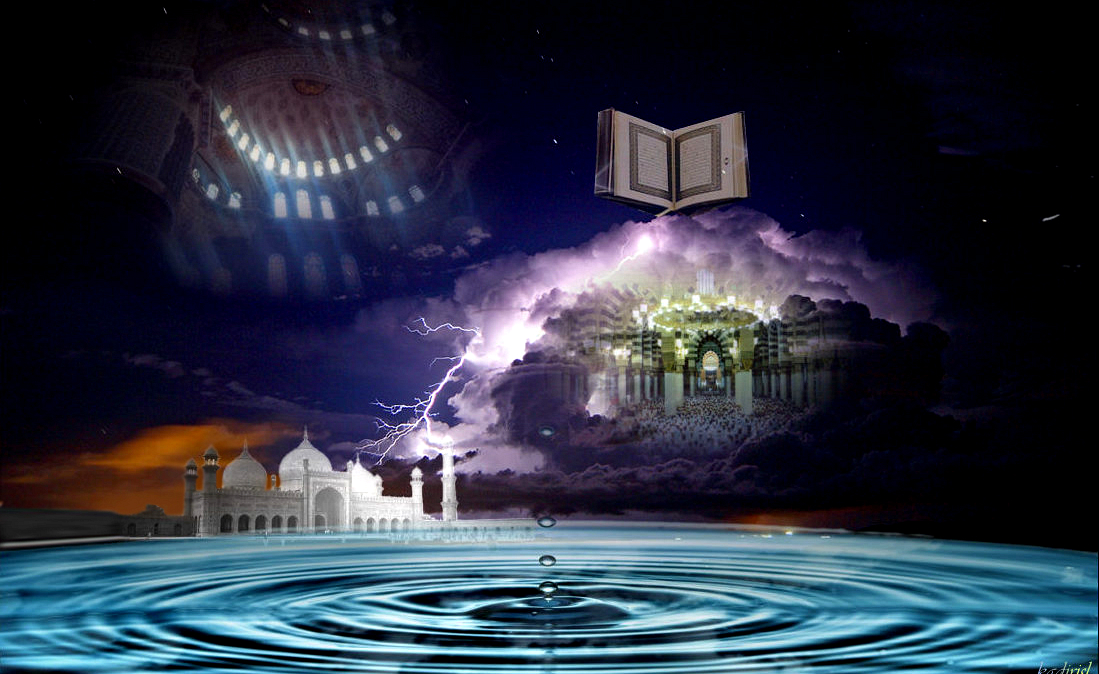 Ramadan is the month of blessing in which our goal should be to achieve extreme levels of heights by worshipping Allah Almighty rather than just passing on this holy month without any achievement.  The revelation of the Qur’an therein is a proof to its status and virtue where Allah, the Glorious, revealed therein the greatest type of Dhikrand the most honourable book. By reciting the Qur’an, you shall gain one of the greatest reasons for guidance and piety. It is the night in which the Qur’an was revealed. as Allah says: 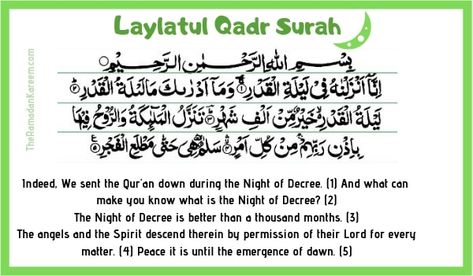 “Verily, We sent the Quran down during the Night of Decree. And what will make you know what is the Night of Decree? The Night of Decree is better than a thousand months. The angels and the Spirit descend therein by permission of their Lord for every matter. Peace is until the emergence of dawn.” (Surat al-Qadr 97:1-5)

As Quran was revealed in the Night of Decree so this is a clear indication that the recitation of the Quran on this Night of Power (Lailatul Qadr) is more rewarding than during any other time of the year. If someone recites a single letter of the Quran, he/she will be blessed with ten deeds.

Verily, We sent it down during a blessed night. Verily, We were to warn people. On that night is made distinct every precise matter proceeding from Us.” (Surah Al-Dukhan 44:3-6)

Muslims believed that Lailatul Qadr is also the night in which Allah Almighty decides the destiny, sustenance, birth, death, good and evil of their affairs etc. for His creation. It is mentioned in the Holy Quran that this night is better than a thousand months as Allah Himself speaks:

“The Night of Decree is better than a thousand months” (Quran, 97:3)

It is a night in which sins are forgiven, gates of goodness are opened, rewards are multiplied, and matters are facilitated. Angels come down to the earth with goodness, blessing, and mercy for the believers. Therefore, a believer should seek it for the whole ten nights of Ramadan.

WHAT SHOULD BE DONE ON THIS NIGHT?

In this night a person should make the worship of Allah Ta’ala exclusively, even though there is no special form of worship prescribed for this night. One can engage in the offering of nafl prayers as much as possible or in supplications, in the recitation of the Holy Quran or by any other good deed, which is not contrary to the Shariah.

Verily, one who does not derive benefit, and does not value this golden opportunity for the worship of Allah Ta’ala is a sign of total ignorance. This is the reason why Rasoolullah (s.a.w.) has stated

“The person who deprives himself of the blessings of Lailatul qadar indeed has deprived himself of all good and none other than an ignorant person is deprived of such good.” (Ibne Majah).

Considering this hadith, we should attempt to spare some time for the worship of Allah Ta’ala on this auspicious night. The most profound way to derive benefit from the blessings of this night is to stay awake for the whole night and spend it in prayers, but people who cannot do so, for any reason, should at least spare a reasonable portion of the night for Allah. Some rakaahs should be offered in the least, after midnight as tahajjud, the Quran should be recited, duaas be made, and any form of zikr should be constantly uttered.

10 Points to Consider in the Worship Plan

Lailatul Qadr is one of the major blessings of Ramadan. The importance of the night of decree could be analyzed in the following hadith of Prophet Muhammad (SAW). According to a hadith narrated by Ibn Abbas (RA), the Prophet (PBUH) said:

Lailatul Qadr the Night of Decree occurs on odd-numbered nights during the last ten days of Ramadan. It may be on the twenty-first, twenty-third, twenty-fifth, twenty-seventh or twenty-ninth. It is narrated by Aisha (RA):

“Allah’s Messenger (SAW) used to practice Itikaaf in the last ten nights and say: ‘Seek out Lailatul-Qadr in the (odd nights) of the last ten days of Ramadan” (Muslim)

“…all those angels who are stationed by the Sidratul Muntaha (lote tree of the utmost boundary beyond which none can pass) descend with the angel Jibraeel (AS) to the earth and there remain no male or female believers whom they do not convey salaams to, exempting the person who drinks liquor or consumes pork.” (Bukhari)

“No good deeds done on other days are superior to those done on these (first ten days of Dhul-Hijjah). Then some companions of the Prophet said, ‘Not even Jihad?’ He replied, ‘Not even Jihad, except that of a man who does it by putting himself and his property in danger (for Allah’s sake) and does not return with any of those things.” (Bukhari)

Laylat-ul-Qadr is an honourable night which Allah gave great characteristics to show its virtue and status. This means the worship performed in this night brings more reward than that worship carried out for the period of a thousand months. The blessings are coming down to earth to us. Many opportunities are open for us to acquire these blessings and the gate of repentance is open for those who want to repent. May Allah guide us. Let us take this great opportunity before we lose it.

“And whatever strikes you of calamity (museebah), it is because of what your hands have earned, although He pardons (ya’fuw) a great deal.” (Quran 42:30)

Thus, we must strive hard in worship, prayer, recitation of the Quran, and remembrance of Allah during the last ten nights of Ramadan. We should say the special supplication for forgiveness taught by the Prophet. We should encourage our families and the Muslims to take part in this effort as it will lead to the forgiveness of Allah and ultimately to Paradise.

“O you who have believed, when (the adhan) is called for the prayer on the day of Jumu’ah (Friday), then proceed to the remembrance of Allah and leave the trade. That is better for you if you only knew.” (Al-Jumu’ah: 9)

In Islam, it is recommended to perform dua, recite Qur’an during the night when our surroundings feel quiet, calm, and peaceful. In Islam, we know a few nights which included the most important nights. These nights have special values for Muslims. Indeed the blessings of our Lord are innumerable, but fortunate are those who reap them and regard them as significant. O Allah, You are the One who forgives a great amount and You love forgiveness so forgive me. And Allah knows best.