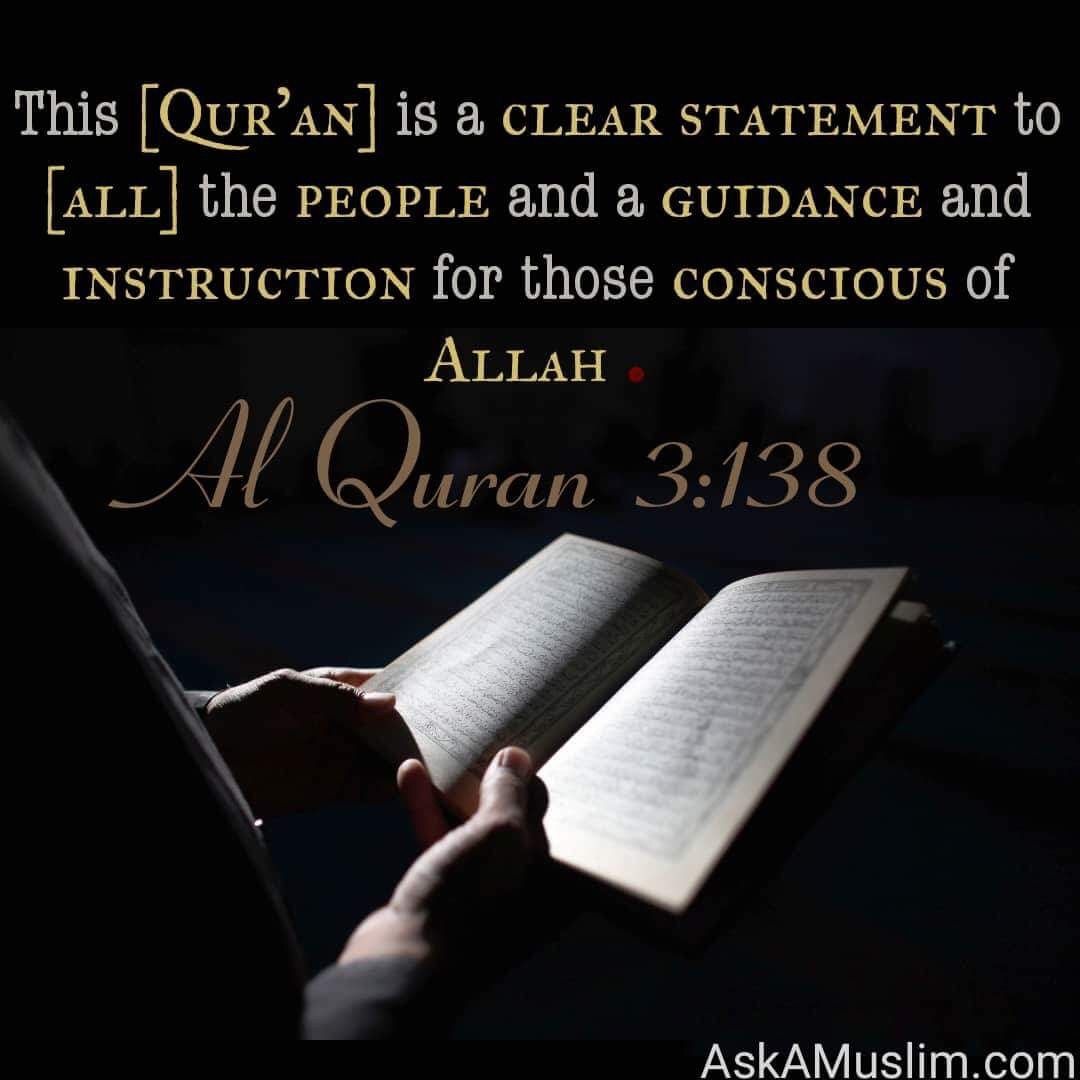 Fourteen centuries ago, God sent down the Quran to mankind as a book of guidance. He called upon people to be guided to the truth by adhering to this book. From the day of its revelation to the day of judgement, this last divine book will remain the sole guide for humanity. Quran is the source of guidance in right faith (iman) and righteous action. Allah says:

“Remember the day when We shall roll up the heavens like the rolling up of written scrolls by a scribe. As We began the first creation, so shall We repeat it — a promise binding upon Us; We shall certainly perform it.” (Surah Al-Anbya 21:105)

In the Quran, Allah instructs us to reflect on His creation and our surroundings. He says that no one can understand His Ayah or grasp the concepts except the people of understanding. We are encouraged not to read the Quran as just a book, but to delve deeper into its verses and reach their true meanings. If we were skilled in the language of the Quran, we would have tasted the delight of this Book and discovered its miracles of it.

The Quran is a source of guidance, the ultimate manifestation of God’s grace for mankind:

” We created the human being from a fertilized ovum to test him, and We gave him hearing and sight..” (Surah Al-Insan 76:2)

A miracle is something that cannot be explained by science or logic but can only be explained by divine intervention. Contrary to the popular criticism that the Quran was a Book of the past or that its teachings are not applicable today, we see that this 1400-year-old Book explained concepts that became known to us only recently. This in itself is one of the miracles of the Quran.

Here are some of these scientific miracles revealed in the Quran together:

The Quran itself demonstrates its divine origin. Among these miracles found in the Quran are “everything, from relativity, quantum mechanics, Big Bang theory, black holes and pulsars, genetics, embryology, modern geology, thermodynamics, even the laser and hydrogen fuel cells. In order to understand the scientific miracle of the Quran, we must first take a look at the level of science at the time when this Quran was revealed.

The virtues and characteristics of the Quran are stated as follows in verses:

“And thy Lord creates whatever He pleases and selects. It is not for them to select. Glorified be Allah, and far is He above all that they associate with Him.” (Surah Al-Qasas 28:69)

The Quran, as a divine holy book, is protected by Allah (Jalla Jalaluhu) and thus it has been kept intact since the time of its revelation and will remain in this state until the end of time. Every generation of mankind unveils a layer or more of scientific knowledge according to the state of science in their time.  Allah stated in the Quran that He shall protect it from being lost or corrupted: Allah says:

“He, Who produces for you fire out of the green trees when behold! You kindle therewith.” (Surah Ya-Sin 36: 80)

Only Allah knows the complete and absolute meanings of each and every verse of the Quran. The Quran is the last holy book revealed from Allah to mankind as guidance and as an everlasting miracle. Since it is an everlasting miracle, then every generation of human beings who reads it will discover new meanings in it according to the state of science and technology in their time, so they witness by themselves that the one who revealed the Quran is the Creator of everything.