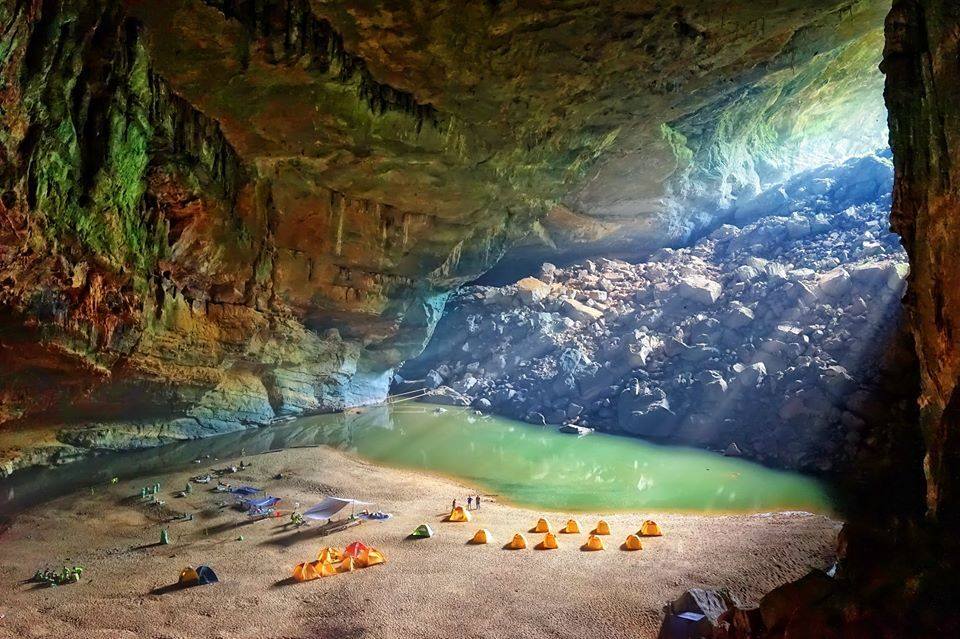 Son Doong Cave is in the heart of the Phong Nha Ke Bang National Park in the Quang Binh province of Central Vietnam. Only recently explored in 2009-2010 by the British Cave Research Association, the cave has only been open to the public since 2013.

Less people have seen the inside of Hang Son Doong than have stood on the summit of Mount Everest. Join us on this otherworldly expedition and become one of the lucky few who have had the life changing experience of exploring the world’s largest cave.

Imagine trekking straight into the depths of the world’s largest cave on an expedition unlike any other. A cave so massive that a 747 could fly through its largest cavern. A space so mesmerising that it forces you to question whether you are still on this planet at all. Foreign landscapes found nowhere else, enormous stalagmites rising from the ground and statuesque stalactites hanging from the ceiling like an alien species.
Jungles emerge from inside the cave itself, a scene so surreal that you have to see it to believe it. Misty clouds envelop the whole scene, a result of the cave’s own localised weather system. Passages adorned with ancient fossils offer evidence of the millions of years that have passed on this Earth.

As you approach the jungle just outside the entrance, the rush of cool wind that cascades out brings to life everything inside of you. Hazy, cold and exhilarating, it is apparent that there’s something magical waiting just beyond the opening to the cave.