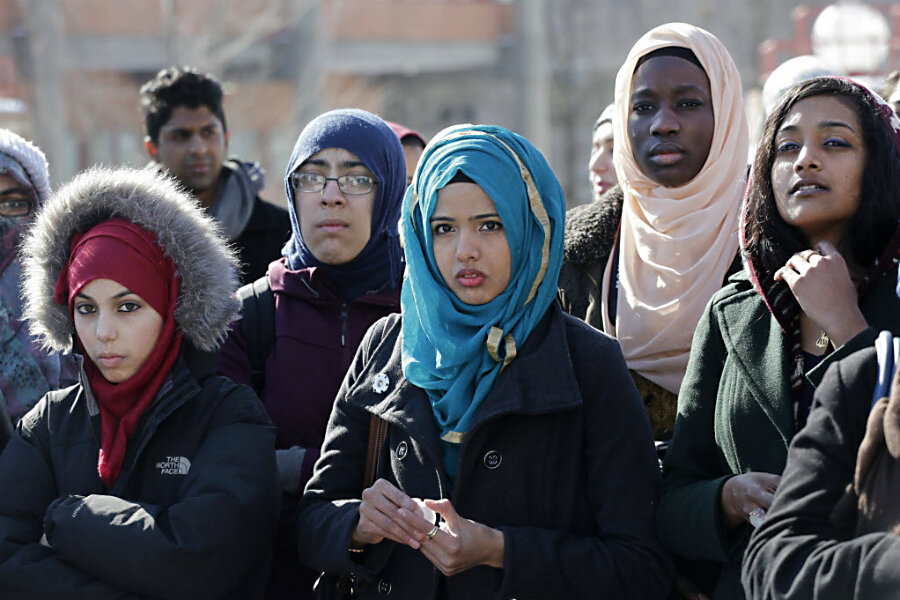 Allah is the deity of all people and the Islamic concept of society must spread all over the world. The social order of Islam ends this and brings justice to all. A Muslim’s mission is to bring order and this international society established by Islam must be carried to the world and, therefore, the Islamic social order seeks universality. Islam provides a social order which cannot only tend to be universal but must become universal. Allah says:

“Do not curse those they invoke besides Allah, lest they insult Allah in hostility without knowledge.” (Surah Al-Anam 6:108)

The social system in Islam is based on creating a strong bond and learning how to live together as good Muslims. Islam requires all its followers to be faithful and helpful and to share each other’s sorrows and happiness. The perfect social system sought by them is in the Quran. Social justice is one of the basic principles of the Quran and it is experienced exactly and perfectly in a community that acts by the morality of the Quran. Allah says:

Islam declares a person to be born with a clean slate. The human being was not born evil but rather he was created good and equipped by nature to fulfil his duties. From the Islamic point of view, the drama of a person’s life is something that takes place after birth and not before. Islam does not record a human being as a degradation of the divine as it regards a human being as having instincts that are pure and good. Allah says:

“ You are (the) best (of) people raised for mankind – enjoining the right and forbidding [from] the wrong and believing in Allah. And if believed (the) People (of) the Book surely would have been good for them. Among them (are) [the] believers, but most of them (are) defiantly disobedient.” (Surah Al ‘Imran 3:110)

A Muslim’s duty to act in defence of what is right is as much part of his faith as is his duty to oppose wrong. Collective morality is expressed in the Quran in such terms as equality, justice, fairness, brotherhood, mercy, compassion, solidarity, and freedom of choice. The equality of all Muslims is emphasized repeatedly throughout the Quran.

There is a relation in Islam between individual responsibility and the rights and privileges derived from membership in the community. Individual obligations must be met before one can claim a portion from the community of which he is part. Each member of society must fulfil his own obligations and rely on others to fulfil theirs before that society can acquire the necessary reservoir of social rights and privileges which can then be shared by all. Allah says:

“And thus We made you a community (of the) middle way so that you will be witnesses over mankind, and will be the Messenger on you a witness. And not We made the direction of prayer which you were used [on it] except that We make evident (he) who follows the Messenger from (he) who turns back on his heels. And indeed, it was certainly a great (test) except for those who were guided (by) Allah. And not will Allah let go waste your faith. Indeed, Allah (is) to [the] mankind Full of Kindness, Most Merciful.” (Surah Al-Baqarah 2:143)

An Islamic society can clearly be distinguished from any other society in the world. It has certain characteristic attributes that differentiate it from the rest of the societies of the world and the identity of Muslim society is universal and Muslims from different parts of the world can easily form and adjust in an Islamic society, regardless of their cultural differences.

Islam is a religion of peace and respect, Allah says in the Quran:

When a society becomes Islamic, it needs to commend goodness and encourage people to do good. Therefore, an Islamic society mustn’t force people of other religions to accept Islam or live according to Islam. Thus Islam believes in free will, and to the extent that this exists, a person is responsible for its exercise in the framework of Islamic morality. Allah says:

“And obey Allah and His Messenger, and (do) not dispute lest you lose courage and (would) depart your strength, and be patient. Indeed, Allah (is) with the patient ones.” (Surah Al-Anfal 8:46)

The notions of brotherhood and solidarity not only impose upon the community the duty to care for its members, but also require each person to use his initiative to carry out individual and social responsibilities according to his ability. And to be firm and patient, in pain (or suffering) and adversity, And throughout all periods of panic. We should pray to Allah Almighty to guide us towards the right path and help us become pious and righteous Muslims. Ameen!