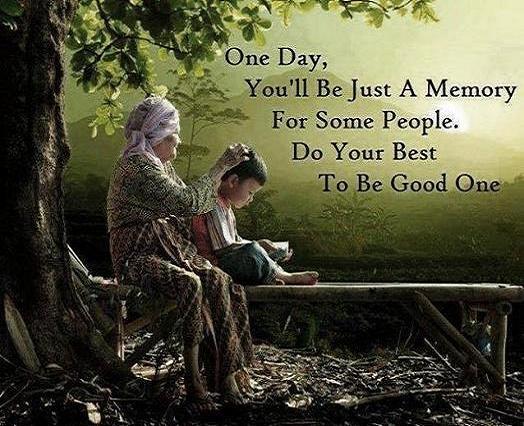 Islam provides a complete code of life. Morality generally refers to a code of conduct, that an individual, group or society hold as authoritative, in distinguishing right from wrong. Islam holds every action that is done to attain God’s pleasure to be worshipped. Acquiring ethical wisdom and moral intuition is a skill that must be developed over a lifetime of study, contemplation, and practice. Serve God, and join not any partners with Him, and do good. Allah says:

Islam considers it the worst sin since through arrogance all other sins are committed. Every Muslim is the recipient, guardian, and executor of God’s will on earth; his responsibilities are all-encompassing. Freeing humanity from the original sin, empowering human beings, and giving them full responsibility for their actions is the message of the Quran. Allah says:

The equality of all Muslims is emphasized repeatedly throughout the Quran. There is a direct relationship between every man and his Creator, and there can be no intermediary. Islam seeks to inculcate within every Muslim the need to seek justice and to apply it to himself as well as to others. Because Muslims believe that God is the beginning and the end of everything.  A Muslim’s duty to act in defence of what is right is as much part of his faith as is his duty to oppose wrong.

Islam is the religion that promotes peace, love, and respect among Muslims and also with the people of other religions. The society in which Muslims live is known as an Islamic society. Islamic society is the one whose members have “Iman” (faith) in Islam, apply its laws in their life and perform religious duties and abstain from doing what is unlawful according to Islam.

The preservation of social order depends on each and every member of that society freely adhering to the same moral principles and practices. Islam, founded on individual and collective morality and responsibility, introduced a social revolution in the context in which it was first revealed. Collective morality is expressed in the Qur’an in such terms as equality, justice, fairness, brotherhood, mercy, compassion, solidarity, and freedom of choice. Allah says:

There is a relation in Islam between individual responsibility and the rights and privileges derived from membership in the community. A moral sense is inborn in man and, through the ages, it has served as the common man′s standard of moral behaviour, approving certain qualities and condemning others. Parenting is not just about caring for the physical growth of the child- it is every bit about mental growth too.

Everything is forgivable by Allah except Shirk (the negation of the existence of the Singularity, Uniqueness and Oneness of the Creator.) Even so, the mercy of God is infinite. Moral values must be instilled in children right from the beginning, and no age is too early to start. Morality in Islam encompasses the concept of righteousness and good character. Kindness to people and charity to the poor and the helpless are the most emphasized moral virtues in the Quran. Allah says:

“And those who believe and do righteous deeds We will surely admit them among the righteous.” (Surah Al-Ankabut 29:9 )

Islam seeks to inculcate within every Muslim the need to seek justice and to apply it to himself as well as to others. Individual responsibility is a cornerstone of Islam and every Muslim is accountable to his Creator for what he himself does or fails. Islam believes in free will and because of the Muslim’s belief in accountability in the hereafter, his oath is valid evidence in any judicial or extra-judicial process. Allah says:

Social and individual justice are evolving concepts that depend largely upon a variety of external considerations. May Allah guide us all to implement the concept of brotherhood in the world and amongst each other, and to follow in the footsteps of the Holy Prophet (PBUH), his companions and the early Muslims who implemented this practice in their lives.