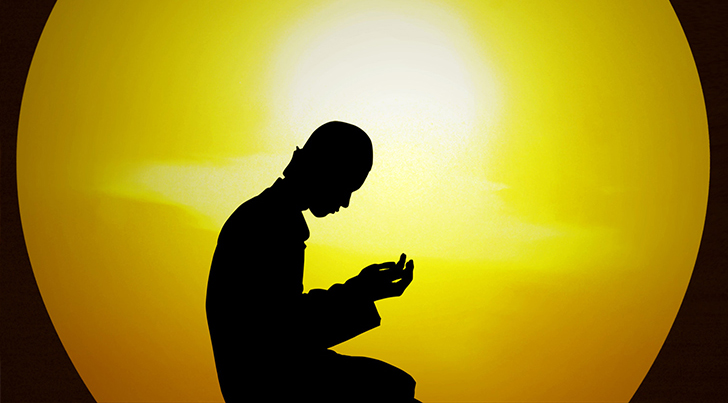 The word Istikhara directly means, to ask Allah to guide one to the right sort of action concerning a job or deed. ‘Khair’ means good (asking Allah to guide you to the good or right answer). Meaning, you’re not asking Allah to show you a vision, through a dream. The Arabic wordIstikhara is of the root “khayr = خير = goodness” and it means “asking for that which is good”. Allah the Almighty teaches us how to ask for His help: Allah says:

“O you who believe[d]! Seek help through patience and prayer. Indeed, Allah (is) with the patient ones.” (Surah Al-Baqarah 2:153)

Asking and Relying Upon Allah

Istikhara means, “Consulting Allah for one’s matter.” Allah comprehends what is best for humans by decreeing upon hurdles to test the dexterous and best pawn in faith and devotion. In Quran, Allah says pertaining to the yearning of humans that human being weak in nature asks for the things that might are not favourable hence to evade his heart it is better to seek consultation as stated: Allah says:

Reinforcing the guidance, Allah Himself has said at another place in His last book that once you lay your trust unto Me then keep the trust and do not fall in the lullabies of Satan that eventually weakens faith as narrated: Allah says:

“By God’s mercy, you [Prophet] were gentle toward them. If you had been rude and hard-hearted, they would have turned away from you. Pardon them, ask forgiveness for them, and consult them about the matter, but once you decide on a course of action, put your trust in God. God loves those who trust Him.” (Surah Al Imran 3:159)

From the sacred narration and revelations, the custom of offering Salah comprises two Raka’ah along with supplications in the end. The format and rituals include:

Dua for the Istekahra Salah

Jabir Ibn Abd`Allah Al-Salami (R.A) narrated that “The Messenger (PBUH) of Allah used to teach His companions to make istekharah in all things, just as He used to teach them Surahs from the Quran. He said: ‘If anyone of you is concerned about a decision he has to make, then let him pray two Raka’ah of non-obligatory prayer, then say:

“I seek Your guidance [in making a choice] by virtue of Your knowledge, and I seek ability by virtue of Your power, and I ask You of Your great bounty. You have power, I have none. And You know, I know not. You are the Knower of hidden things. O Allah, if in Your knowledge, this matter (then it should be mentioned by name) is good for me both in this world and in the Hereafter (or: in my religion, my livelihood and my affairs), then ordain it for me, make it easy for me, and bless it for me. And if in Your knowledge it is bad for me and for my religion, my livelihood and my affairs (or: for me both in this world and the next), then turn me away from it, [and turn it away from me], and ordain for me the good wherever it may be and make me pleased with it.” (Bukhari)

Instead of “this matter” in the aforementioned Dua mention your respective desires and invoke Allah for them.

HOW DOES ONE PERFORM ISTIKHARA?

If any problem comes your way, the following steps should be taken to perform Istikhara:

Many people say that the 2 Rak’ah of Nafl prayer should be read after Isha’a only because one can go to sleep directly after, and see a dream (if that’s meant to happen). However, nowhere in the Hadith is a specific time for performing Istikhara given. In the Hadith, it shows that one should perform Istikhara whenever they need to.

CAN ONE DO ISTIKHARA WITHOUT KNOWING THE PRAYER?

It would be beneficial to memorize the Istikhara prayer. However, if one is unable to do so, then they can say the prayer in their own words. Basically, if you don’t know the prayer, you are still able to do Istikhara, but the words (of the prayer) that have been taught to us by the Prophet (peace be upon him) would be more effective and result in more blessings.

No explicit suitable time is mentioned for this Salah like other obligatory prayers but according to the Hadith, the latter part of the night in which Allah Almighty descends down to the earth from Heaven is highly recommended because He listens to the subtle and slightest whispers of the supplicants as stated in Hadith:

The significance of Offering Istekhara

Offering Istekhara for one’s confusion to seek Allah’s supervision detaches him from carnal desires, the inner ambiguous situation changes into angelic forms by relying firmly upon Allah’s power. The supplicant awaits the commands of Allah Almighty that instils divine motivation and prove stimulant for the inculcation of inner satisfaction on Lord’s decision. The seeker must perform supplication with conviction but not begging or pleading instead ask for His assistance in worldly matters.

Humans are in a whim that Istekhara is for any matter be legal or illegal but this is the apparition intertwined to it or self-innovated concept. Istekhara is for Mubaah (legally permissible) acts rather than for insignificant and Haraam purposes.

Istekhara does not mean that a magic wand will fill hearts with desires or fill hands with what you have yearned for. Istekhara allocates signs by either averting you from that task or unveiling folds of contentment upon the supplicant. Allah says:

“And your Lord says, “Call upon Me; I will respond to you.” Indeed, those who disdain My worship will enter Hell [rendered] contemptible. ” (Surah Ghafir 40:60)

Allah possesses the best knowledge and is the ultimate guide hence summon Him whenever the confusion surpasses by putting one’s faith in His decisions. Salah is the best way to attain Allah’s closeness and ask to facilitate him in ordeals by invoking Him. Verily in the remembrance of Allah, hearts find solace. Allah says:

“And those who respond to their Lord and establish prayer and their affairs (are conducted by) consultation among them, and from what We have provided them they spend. ” (Surah Ash-Shura 42:38)

Practices about going to sleep and interpreting the dreams after the prayer of istikhara did not exist during the era of Messenger Muhammad (PBUH). They were made up later on. It is a widely known fact that dreams are not a valid source of information in Islam. Therefore, you should not make your decisions in accordance with dreams.