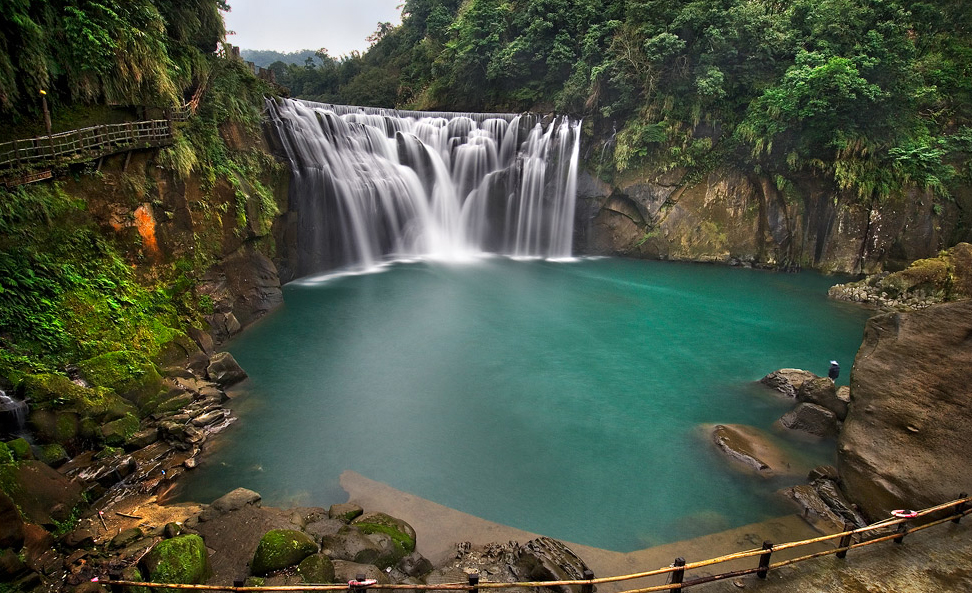 It has a wide deep pool, and plenty of places to jump from, but swimming is not allowed at Shifen Waterfall. Entrance is free, and there are many restaurants and shops along the riverbank.At 40 meters, Shifen Waterfall is sometimes incorrectly referred to as “The widest waterfall in Taiwan”. However, there are others which are wider.