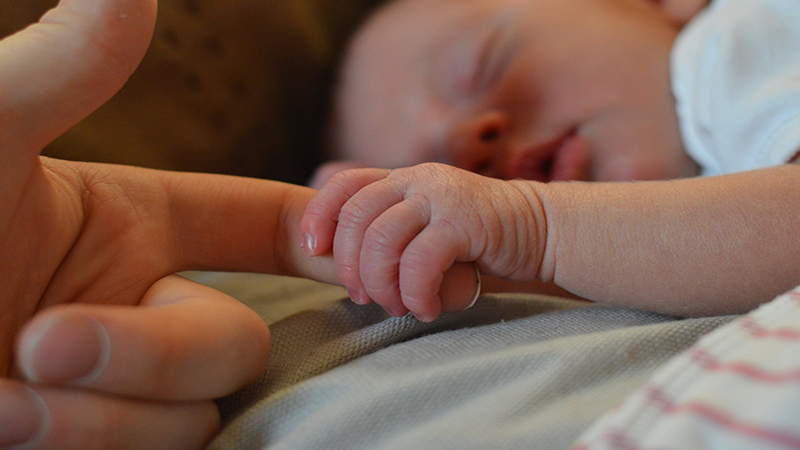 In all communities around the world, the birth of a child is considered a blessing and ceremonies are held to celebrate this event. Besides being a natural expression of joy, it also serves a special purpose, that is, making it known in a suitable and dignified manner, that the father has accepted the child as his own and that there is no doubt or suspicion concerning this matter. It shuts the door to any mischief that could arise in the future. As soon as your child is born, they are under attack from Satan. The Prophet said,

“When any human being is born, Satan pinches the body with his two fingers, except ‘Isa, the son of Maryam, whom Satan tried to pinch but failed, for he touched the placenta instead.” (Sahih Bukhari 4:506)

It is reported by Abdullah bin al-As that the Prophet said,

“To whomsoever, a child is born and he wants to perform a sacrifice of Aqeeqah on behalf of it, he should sacrifice two goats for a boy and one goat for a girl.”  (Sunan Abu Dawood 2:2836)

To be fed with their mother’s milk is one of the newborn baby rights in Islam. No food in the world is better than breast milk, and nothing more nutritious than it. Breastfeeding is more than just giving milk to the baby. It is also time to create a bond with the child. It is reported by Buraydah (RA) “

During the age of ignorance when a child was born to any one of us, we used to slaughter a goat and smear the child with its blood. Later, after the dawn of Islam, our practice became (on the advice of the Prophet) that we sacrifice a goat of Aqeeqah on the seventh day after the birth of the child, shave the head of the infant and apply saffron on it.” (Sunan Abu Dawood 2:2137)

Some babies are born without any luck in the world. Their parents could be died before and during labour, as well as no guardian to bring them up. Certain circumstances like financial difficulties could also be the cause of adoption. Several adoption rules in Islam should be followed: the biological family should never be hidden and the child should know they were adopted but not to be treated differently. Allah says:

Ali (RA) reported that the Messenger of Allah slaughtered a goat on the occasion of Hasan’s birth, the son of Fatima (RA) and Ali (RA) and said

“Oh, Fatimah! Shave the head of Hasan and pay silver equal to the weight of the hair as a charity.” (Sahih Sunan at-Tirmithee 2:1226)

As soon as the baby was born, the parents or guardian should do Adhaan to the right ear and Iqamah on the left. It has a meaning to introduce the baby to Allah SWT and his duty in the world. The tradition had started by the Prophet himself. All the rights and Sunnah of the newborn baby was performed to protect the baby from the evil intention of Satan.

There is also much more meaning behind it. Here are the newborn baby rights that should be fulfilled:

Naming is one of the most important sunnah to be done to a newborn baby. Name contains dua and hopes from the parents to their baby. Muslim parents should name their child according to an Islamic sunnah, with a beautiful and honourable name.

It is reported by Abdullah bin al-As that the Prophet said, “To whomsoever, a child is born and he wants to perform a sacrifice of Aqeeqah on behalf of it, he should sacrifice two goats for a boy and one goat for a girl”. (Abu Dawood)

Among the newborn baby rights in Islam is Aqeeqa. Aqeeqa is sacrificing an animal, which is part of Prophet Ibrahim’s (RA) religion. According to Sunnah, a baby boy cost 2 goats while a baby girl costs only one.

Narrated by Abu Musa (RA)” a son was born to me and I took him to the Prophet who named him Ibrahim, did thank for him with a date, invoked Allah’s blessing upon him and returned him to me. Sahih Bukhari 7:376

Shaving the head of a newborn baby is part of Aqeeqa. It is also a tradition that still going in most of the Islamic countries around the world. The amount of the hair shaved should be equivalent to silver and gold, to later be donated to the poor and needy.

Aisha (RA) narrates that “the people used to bring their newborn children to the Prophet and he would bless them and perform the tahneek.” (Sahih Muslim 1:560)

Male circumcision in Islam is an obligation with the reason for cleanliness. Circumcision removed several potential diseases in the future when the baby has grown up. It is strongly recommended that a baby is circumcised when he was just born. Narrated Abu Hurayrah (RA), I heard the Prophet saying

“five practices are characteristic of the Fitrah: circumcision, shaving the pubic hair, cutting the moustache short, clipping the nails and depleting the hair of the armpits”. (Bukhari)

After a baby was born, many people will go to visit them. In Islam, visiting a sister who has just had a baby is an obligation to maintain the kinship. It is common for close family and relatives to pay a visit within a week after the baby was born, and the neighbour or friends will be visiting weeks after birth. It is to protect the baby from illness. A new mother will be in convalescence for 40 days after the birth, and during the times, family and relatives often provide meals for the family.

Here are more rights of a newborn baby to be fulfilled:

Those are all the newborn baby rights in Islam. The birth of a baby is something worth celebrating. Don’t forget to pray for the baby so that they will always be blessed by Allah’s SWT.