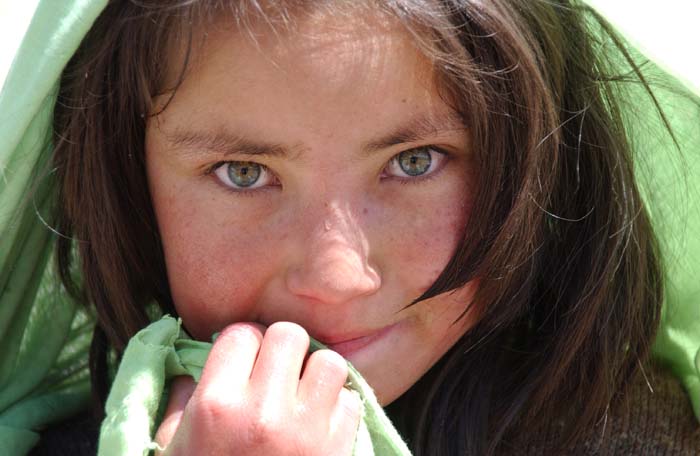 Orphans are those members of the community who lost their father or both the parents before reaching the age of maturity and become alone in the world or society. In Islam, there is a great emphasis on the rights of Orphans. From the very beginning, Islam always enforced people to provide protection, care, love and respect to Orphans. In Qur’an, many verses are emphasizing methods that how to treat Orphans. Allah says:

“Concerning the world and the Hereafter. They ask you about the orphans. Say, “Setting right (their affairs) for them (is) best. And if you associate with them then they (are) your brothers. And Allah knows the corrupter from the amender. And if (had) willed Allah surely He (could have) put you Indeed, Allah (is) All-Mighty, All-Wise.” (Surah Al-Baqarah 2:220)

The pure and true religion of Allah ordered its member to have mercy and to be merciful towards all creatures. An orphan is a person who has lost his father or both his parents before the age of maturity. The Prophet (PBUH) was an orphan too and as such, orphans hold a special place in Islam. Anyone, whom Allah (s.w.t) has chosen to be the guardian of an orphan must be steadfast and must give these rights to the child. The orphans are among those who need mercy and they ask us to deal with them in a good way. Allah says:

“And (do) not come near (the) wealth (of) the orphan, except with what [it] is best until he reaches his maturity. And fulfil the covenant. Indeed, the covenant will be questioned.” (Surah Al-Isra 17:34)

Parents are one of the greatest blessings of Allah (SWT). Losing anyone or both of them is such a loss that it’s beyond count. When parents, leave, all the love and kindness in the world leaves. Or at least the orphans think so. It is because parents are shade in the hardships, in difficulties and in hard times. When this kind of shade is gone, only the scorching heat of reality remains. And the orphans have to live in it.

Here are some rights of orphans in Islam:

The believers are protectors of one other. So when we find those in need, such as the orphans and the widows, we should strive to help them. Below is are some reminders of the rewards for doing so. Allah says:

“Whatever ye spend that is good, is for parents and kindred and orphans and those in want and wayfarers. And whatever ye do that is good, -(Allah) knoweth it well.” (Surah Al-Baqara, 215)

A parent can never be replaced, but as Muslims, we can still give these children the best we can. Allah knows why he chose to make someone an orphan, and why he chooses you to be the guardian of that child. Have faith and remember that Allah is ever seeing, all hearing of what we do. Indeed, there is a great reward for taking care of an orphan.

Some may think that it is common sense that we should treat orphans with mercy:

Here are some examples of the teachings of the Holy Quran regarding orphans:

In case there are some orphans who happen to inherit wealth, as in the case of the death of wealthy parents. Islam as a universal way of living that covered all aspects of life, did not leave it up to the caretaker to abuse the wealth of the young orphan -or orphans. The caretaker is warned to be careful, honest and just about the orphan’s wealth and how to spend it to the orphan’s benefit.

More Rights of Orphans in Islam

Here is presented more rights of orphans in Islam.

Keep a close check on orphans until they reach a marriageable age, then if you perceive that they have sound judgement hand over their property to them. Do not consume it extravagantly and precipitately before they come of age. Those who are wealthy should abstain from it altogether. Those who are poor should use it sensibly and correctly. They must be taught good Islamic morals, disciplined and taught to differentiate right from wrong. This is to ensure that the child grows up to become a good member of society who will benefit the people around him positively. Allah says:

In Islam, the re-marriage of widows has been greatly emphasized. At the same time, it has also been often stated that people, who bring up orphans, are very dear to Allah (SWT). This should give a very good idea, as to what is the reward for someone who gets married to a widow and supports her children from her deceased husband. That’s all the rights of orphans in Islam. Hope we will appreciate their rights more and become better Muslims. Finally, it is a part of righteousness to spend your wealth on them: Allah says:

We should love everyone for the sake of Allah (SWT). A penny we spend for the sake of Allah (SWT), He promises to return us 10 times more of it in this world and seventy times in the hereafter. The same measure, or probably more, go for love and care. If you want to gain the mercy of ALLAH, want to soften your heart, want forgiveness, want that ALLAH listen to your prayers, and for all these things you just have to show love, care and mercy towards orphans.