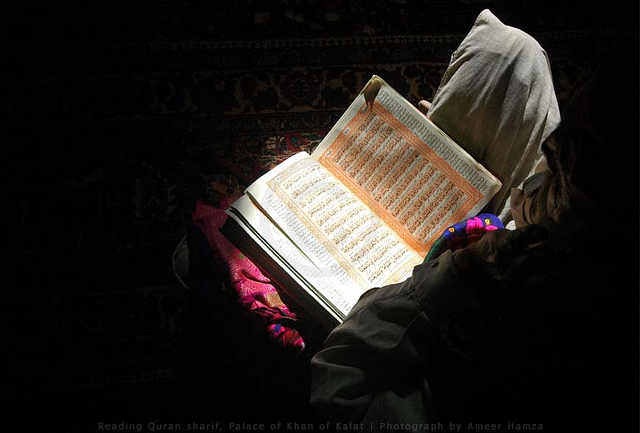 Islam guarantees the right to life for every human being, whether they are Muslims or non-Muslims. Every human life is sacred in Islam and every person has been granted God-given fundamental and universal rights at the time of their birth. The dignity that Allah bestowed upon humankind at the time of creation was the blessing of a sacred inviolability that manifests itself as the rights to life, freedom, and property. The right to life has been recognized as the first and most important universal right derived from the Sharia and classical Islamic law. Allah says:

There is no difference between the life of a Muslim and a non-Muslim since the lives of both are to be protected as a sacred trust. Someone who kills another person is guilty of killing all of humanity whether the victim is a Muslim or not. The greeting of peace is from the virtuous characteristics of Islam. For verily each of the two people who meet each other supplicates for the other for safety from evils, and mercy, and blessing that brings about every good. Believers need to help one another materially and spiritually Allah says:

A person who kills another person unjustly violates the most sacred right of a person, the right to a living, and ignores the prohibition of shedding blood and inviolability of life. Thus, the causes blood to shed unjustly, blazes a bad trail, paves the way for others to shed blood and encourages others to do so. Therefore, a person who kills another person unjustly deserves Allah’s wrath and punishment; he is not allowed to live and is executed. Allah says:

“From the time that, We ordained on (the) Children (of) Israel that he who kills a soul other than (for) a soul or (for) spreading corruption in the earth then (it) is as if he has killed all [the] mankind, and whoever saves it then (it) is as if he has saved all [the] mankind. And surely came to them Our Messengers with clear Signs yet, indeed, many of them after that in the earth (are) surely those who commit” (Surah Al-Maida, 5:32)

If it is not done, blood feuds increase in the community and everybody starts to realize his own justice. Consequently, the community is drifted into sedition and mischief; killings and taking revenge become widespread. Blazing such a trail leads the community to chaos and anarchy. It is necessary to do things that will give Muslims peace and to show them compassion and mercy. Allah says:

“When you are greeted with a greeting, greet in return with what is better than it, or (at least) return it equally.” (Surah An-Nisa 4:86)

here are some rights of one Muslim over another:

Islam is not just a religion that contains commandments pertaining to religious obligations, rather it is a code of life and all the instructions and guidelines that it brings can help in laying the foundation of a healthy and civilized society. Therefore, it is quite common among Muslims to adopt Islam as the law or the framework for the ethical values of society. Every individual in Islamic society has some rights, which are then obligatory upon the other concerned individual to fulfil. Allah says:

“Whoever pardons a capital crime from his brother, then it should be followed by good conduct and payment to him in the best manner. This is an alleviation from your Lord and mercy, but whoever transgresses after that will have a painful punishment.” (Surat Al-Baqarah 2:178)

The bond that connects believing hearts in the strongest and deepest way is the bond of brotherhood originating from the principle of belief and taqwa. This is one of the best bounties granted to believers by Allah. This state is expressed as follows in a verse: Allah says:

“And hold fast, altogether by the rope which Allah (stretches out for you), and be not divided among yourselves, and remember with gratitude Allah’s favour on you; for ye were enemies and He joined your hearts in love so that by His Grace, ye became brethren; and ye were on the brink of the pit of fire, and He saved you from it. Thus doth Allah make his signs clear to you: that ye may be guided.” (Surah Al-Imran, 3:103)

In Islam, brotherhood is based on the basis of faith; therefore, all kinds of artificial discrimination and boasting that will destroy friendship among believers are regarded as haram. The criterion of taqwa replaced all kinds of values based on Jahiliyya like race, lineage, and pedigree; thus, social brotherhood and harmony were ensured. The verse regarding the issue has the property to end all kinds of discussion: Allah says:

“O mankind! Indeed, We created you from a male and a female and We made you nations and tribes that you may know one another. Indeed, (the) most noble of you near Allah (is the) most righteous of you Indeed, Allah (is) All-Knower, All-Aware.” (Surah Al-Hujurat, 49:13)

The solidarity of believing men and women based on faith and taqwa is mentioned as a necessity of brotherhood. This solidarity is deemed necessary in order to make the principle of belief and taqwa dominant in individual and social life. As a matter of fact, it is stated that Allah will help the people who come together with this aim: Allah says:

“And the believing men and the believing women, some of them (are) allies (of) others. They enjoin the right and forbid from the wrong, and they establish the prayer and give the zakah, and they obey Allah and His Messenger. Those, Allah will have mercy on them. Indeed, Allah (is) All-Mighty, All-Wise.” (Surah At-Tawba, 9:71)

It is possible for someone to think that in this world and age it is very difficult and challenging to follow these rules and uphold these moral principles. The reply to this is that if a man wishes to act upon these rules independently then it is indeed very difficult, but if he prays to Allah sincerely with a pure tongue and heart, then all these stages would become easy by grace (taufeeq) of Allah. Allah says:

“Do not kill the soul which Allah has made sacred except by right of justice. Whoever is killed unjustly, We have given his heir authority, but let him not exceed the limits in taking life.” (Surat Al-Isra 17:33)

The basic human rights of a Muslim over the other Muslims in society. In addition to making the fabric of society strong, the fulfilment of these rights brings reward for a Muslim as well, therefore, every Muslim must try to fulfil these rewards whenever the chance is available. It is a religious duty to give advice to a person who wants and who needs it for those who can.  The blessing of his brother’s supplication for him that is a result of the praising.