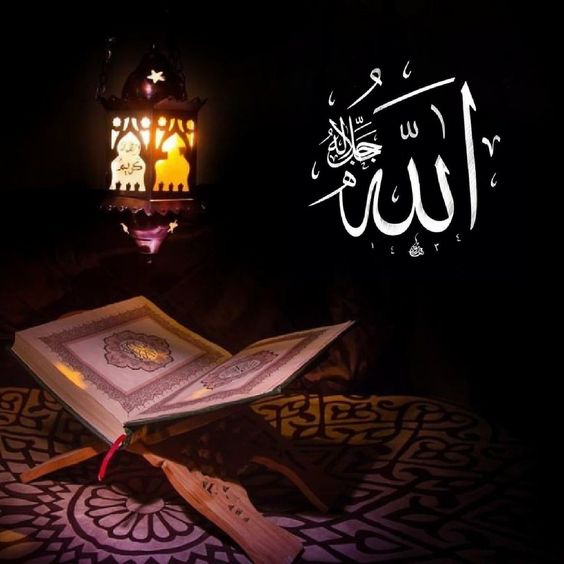 The Glorious Quran is the pure word of God. There is not a single word therein that is not divine. It is a truth universally acknowledged that one day this world will come to an end and all will turn into ash and dust. This life of luxury that we lead today is only momentary compared to the one that awaits us in the Hereafter. Yet we continue to race against time in the false hopes of finding the utmost happiness and satisfaction. Allah the one who creates knows the source of happiness and has revealed in His book of divinity as Allah says:

“O People (of) the Book! Come to a word equitable between us and between you – that not we worship except Allah, and not we associate partners with Him – anything and not take some of us (to) others (as) lords besides Allah.” Then if they turn away, then say, “Bear witness that we (are) those-who-submit/Muslims.” (Surah Al-Imran 3:64)

Despite the world, at our fingertips, one always feels dissatisfied. The world is not a perfect place of satisfaction because a day will come when every worldly lavishness and attraction will perish into dust and ashes. We, humans, are in a whim that just one more day and we will be close to our happiness but the Islamic narratives have refuted this argument with the counter authentic rationale that states: Allah says:

Humans seek satisfaction.  We all need food, shelter, clothing, friendship, love, peace, and happiness. We spend our days pursuing things that we hope will make us satisfied. In our globalized world, it’s easier than ever for you to find exactly what you’re looking for. We live in a time of instant gratification and instant satisfaction. Allah created humans and He created the Holy Quran. It is only fitting that only the word of Allah can comfort the heart of His creation.

Here are some is the way to get satisfaction with the Reciting of the Holy Quran:

Reciting the Holy Quran brings infinite numbers of benefits in this life and in the hereafter life.  It is the way to paradise, the way of building sound psychological characters. This purpose of Quran revelation is mentioned in the Quran in the following way: Allah says:

“And this is a Book which We have revealed as a blessing: so follow it and be righteous, that ye may receive mercy.” (Sarah-Anam, 6:155)

Reciting Holy Quran is the best way to gain Allah’s interest. It has been set important by Allah Almighty for the Muslims for the Success. Blessed Book was uncovered in Arabic, we ought to know the interpretation to follow up on it however to the extent perusing is concerned.

QURAN – The ultimate road to satisfaction:

“The heavens and the earth cannot contain Me, but the heart of a true believer can. Allah also tells us in the Quran: Unquestionably, by the remembrance of Allah’s hearts are assured.” (Surah Ar-Ra’d,13:28)

It is a book full of miracles that no single human being can fully grasp. One of the miracles of the Quran is that it throws a challenge that if the entire creation of humans and jinn pulled forces together, they can’t come up with something close to the shortest of all chapters of the Quran. No one person or group has been able to refute this challenge in the last 1400 years! Allah says,

The Quran is the final and definitive message of Allah to his creations. Muslim to reflect and contemplate upon every verse in the Quran and to adhere to it in all matters of life. It is the book of answers-answers that man seeks in this bundle of complications called life. Things might not be complicated after all if we embrace the Quran with all the sincerity due to it.

The Qur’an tells us about what happened before and what is yet to come and it is a reference for judging between us.  It’s the true guide for humanity; it teaches everyone how to lead a good life, avoid alcohol so that you can concentrate on Allah, how to respect people. Allah says:

We must slow down our never-ending pursuit of worldly things and start today to increase the time we read, study, learn, and understand the Quran so that we can know Allah (SWT). We should try to do it with as much focus and energy as we put into pursuing our worldly needs. If we do this, Inshaa Allah our hearts will fill with Allah (SWT) alone, and we’ll finally feel satisfied.