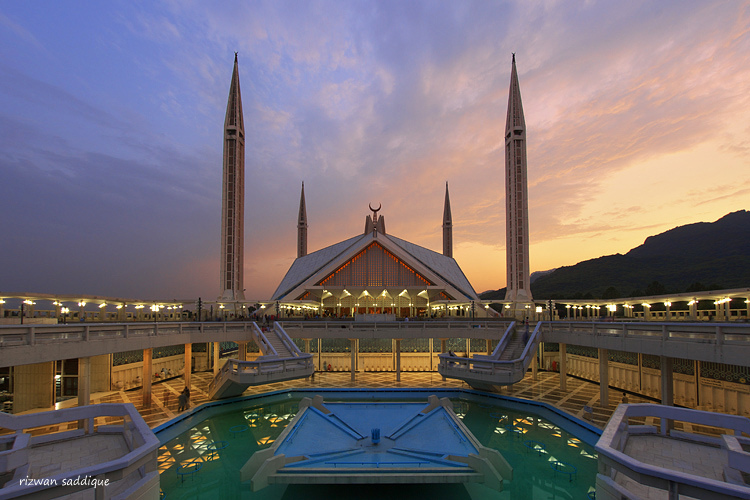 A mosque is generally a very symbolic place for a Muslim, being a humble way for Muslims to recreate pure divine presence on earth. The primary purpose of the mosque is to serve as a place where Muslims can come together for prayer. Nevertheless, mosques are known around the world nowadays for their Islamic architecture but most importantly for their general vitality to the Muslim Ummah (community). Allah says:

“The mosques of Allah are only to be maintained by those who believe in Allah and the Last Day and establish prayer and give zakah and do not fear except Allah, for it is expected that those will be of the [rightly] guided.” (Surah At-Tawbah 9:18)

Most religions have places for their worship, in religion Islam, there is a Mosque for worship. A mosque is a place where Muslims worship and pray to Allah Almighty. In Arabic Mosque is called a Masjid. The mosque is a kind of any house or open area where Muslims offer Salah (Namaz) in the congregation.

Some mosques are also used as places where Muslims get together and discuss things or where religious education takes place. It is not only a place for praying, but it’s also the centre of the community and where many wonderful pieces of Islamic art have been created. Thus, Allah chose His Prophets to establish them, He said,

“And [mention] when Abraham was raising the foundations of the House and [with him] Ishmael.” (Surah Al-Baqarah 2:127)

It is required for all Muslim men to attend mosque on Friday for Jummah prayer. Muslims also offer five times prayer in Mosque come and learn about the Islamic faith, about the teachings of the Holy Quran with learning how to read and pronounce it from Ulama. Muslims are required to give money to a charity they often donate it at mosques. And He commanded them to purify them and keep them clean, He said,

There are many rules that worshippers must obey when they are in a mosque. In most mosques, a religious leader called Imam is in charge of praying. Muslims must clean themselves before they enter a mosque. There are washing areas where they can make wudu before entering the prayer hall.

The floors of such a hall are normally covered with carpet. It is not allowed to step on it with shoes as Muslims offer Salah on it. Loud talking is forbidden in mosques.

“And there are those who put up a mosque by way of mischief and infidelity – to disunite the Believers – and in preparation for one who warred against Allah and His Messenger aforetime. They will indeed swear that their intention is nothing but good, But Allah doth declare that they are certainly liars.” (Surah At-Tawba, 9:107)

It is also disrespectful to walk in front of Muslims who are praying. It should suffice the caretakers of the masājid that Allah praised them with this description. It was not a coincidence that the Messenger of Allah started his mission in Madinah by building the masjid, which he made in its centre.

The first mosques were modelled on the place of worship of the Prophet Muhammad (SAW) in the courtyard of his house at Medina. Those were simply plots of ground marked out as sacred.

Using concluding the following suggestions to make our mosques attractive and appealing for attendance:

The masjid takes its name from one of the actions of salât (prayer), which is sujood (prostration). It is the action wherein the believer shows the utmost humility to Allah. The salat is the best of our actions, as the Prophet told us in the hadith of Thawban. Allah says:

“And from wherever you start forth, [so] turn your face (in the) direction (of) Al-Masjid Al-Haraam. And indeed, it (is) surely the truth from your Lord. And not (is) Allah unaware of what you do.” (Surah Al-Baqara, 2:149)

Mosques are study centres for newcomers of the faith to come and learn about the Islamic faith, about the teachings of the Holy Qur’an, learn how to read it and pronounce it. These often take place on weekends or in the evenings. Some mosques provide full-time schools if you depend on the mosque to provide a full-time Islamic education. Allah says:

“And kill them wherever you find them, and drive them out from wherever they drove you out, and [the] oppression (is) worse than [the] killing. And (do) not fight them near Al-Masjid Al-Haraam until they fight you in it. Then if they fight you, kill them. Such (is the) reward (of) the disbelievers. “(Surah Al-Baqara, 191)

Nearly all mosques provide libraries that offer a variety of books on Islam which will expand knowledge on Islamic teachings. Education is very important in Islam and is very important to mosques too as it is often thought that the Minaret is shaped like a pen/pencil which is thought of as representational of education.

Some common elements developed throughout Islamic history and are commonly seen in mosques around the world, although each mosque is unique in its way.

“But what (is) for them that not (should) Allah punish them while they hinder (people) from Al-Masjid Al-Haraam, while not they are its guardians? Not (can be) its guardians except the ones who consciously rever but most of them (do) not know.” (Surah Al-Anfal, 8:34)

Though the mosque as such has undergone many architectural changes, the building remains essentially an open space, generally roofed over, containing a Mihrab and a Minbar. A common feature of many mosques is a minaret, a tall thin tower that is usually located at one of the corners. From the minaret, a muezzin or Imam proclaims the call to worship (Adhan) five times each day.

“Each one of you is in munâjâh (soft conversation) with his Lord, so don’t bother one another, and don’t raise your voices above each other in recitation (or salât).” (Abu Dawud)

The prayer hall of Masjid normally does not have any benches or chairs. Worshippers pray in rows facing Holy Kaaba which is the centre towards which Muslims around the world face and offer prayer. There are no pictures on the walls of Mosques.

Some mosques show verses of the Quran on the walls to assist worshippers. Every mosque has a Mihrab, a niche in the wall that points to the Holy Kaaba. From Minbar the imam delivers his speech.

Importance of mosques for imparting proper Islamic worship and knowledge:

It is therefore important that we keep the masājid clean and decrease the distractions as much as possible. If we could move some of these functions outside the prayer hall (masjid proper) to nearby rooms, then that would be warranted.

The children must also be instructed about the etiquettes of the masjid. If possible, we should designate areas for them where they could be best tended to and positively entertained. Allah says:

“How can (there) be for the polytheists a covenant with Allah and with His Messenger, except those (with) whom you made a treaty/covenant near Al-Masjid Al-Haraam? So long as they are upright to you then you be upright to them. Indeed, Allah loves the righteous.” (Surah At-Tawba, 7)

Holy Quran, the Word of God. The Holy Quran, which means the ‘oft-repeated,’ is, according to Muslim belief, the final revelation of God to humanity. It guides in all areas of life. The Quran is also recited during every prayer. Allah knows everything we do and hide, Allah has His way of judgment and punishment. All those who serve the cause of mosques and Islam are blessed. May Allah save us and guide us away from devils that are eager to destroy Islam in us.