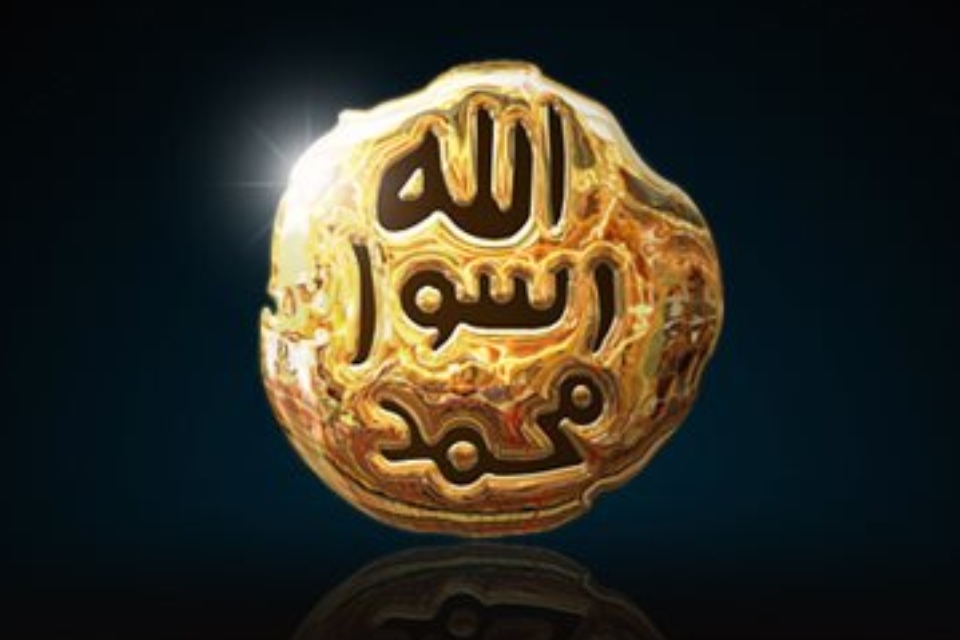 Muhammad (Peace be upon Him) is the last Prophet of Allah Almighty, who was born in 570 A.D in the city of Makkah. Right from his childhood, He was very different from other ordinary people and later in His life; he used to stay in the cave of Hira to find the spirituality he was always looking for. Finally, He received a revelation from Allah Almighty when the angel named Jibrael (A.S) was sent down by Allah to disclose the very first five Ayahs from Surah Al-Alaq upon Him which is translated as Allah says:

“And when saw the believers the confederates, they said, “This (is) what Allah promised us and His Messenger, and Allah spoke the truth and And not it increased them except (in) faith and submission.” (Surah Al-Ahzab 33:22)

Over 1400 years ago, on 12th Rabi ul Awwal, in 570 A.D, in the year of Elephant, a child was born to a well-respected family of Banu Hashim, in the tribe of Quraish. His mother named Bibi Amina also belonged to one of the esteemed families of Quraish, named Banu Zuhra was given good news about the birth of a great future reformist in her dream by the Angel of Allah, who is known as Ahmed, “the praised one” in heavens. She named Him Muhammad (the praised one) after His birth. Allah says:

“Indeed, We know that it grieves you what they say. And indeed, they (do) not deny you but the wrongdoers – the Verses of Allah they reject.” (Surah Al-An`am 6:33)

The holy Quran was officially revealed upon Him then and He became the last and final Prophet of Allah after that. He had extraordinary characteristics in his personality which is why He got such a huge honour to be chosen as the messenger of the Almighty. The Arabs were blessed in the sense that they got the opportunity to get enlightened by the teachings of Allah from Muhammad (PBUH) as He is regarded as the noblest Prophet of all, and that too is possible only because he had a great character.

“The Messenger of God (PBUH) performed Salah (prayer) while he was carrying an infant girl named Umaamah, daughter of Abul-Aas. When he bowed, he put her on the ground, and when he stood up, he would carry her again.” (Bukhari 5650)

The descents of Muhammad`s (PBUH) family are found to be those of Hazrat Ibrahim (A.S) according to genealogy studies. His father, Abdullah died a few months before his birth, His mother also died when he was a few years old, and eventually, he was taken care of by his grandfather, Abdul Muttalib. The Holy Prophet (PBUH) used to remain within proximity of His followers and was fully aware of their conditions. He had enough empathy to know their sufferings and always used to be a part of them. Allah SWT also refers to His (PBUH) this leadership aptitude in the Sacred Scripture as Allah says:

“Certainly, (has) come to you a Messenger from yourselves. Grievous to him (is) what you suffer, (he is) concerned over you, to the believers (he is) kind (and) merciful.” (Surah At-Taubah 9:128)

The above mentioned Ayah clearly refers to Muhammad`s (PBUH) sense of close acquaintances with His people, which proved to be vital for getting their admiration and belief in Him. By knowing His followers in person and building close relationships with them, He would appoint the best man for every task, who would readily accept the challenge in the way of Allah and His Prophet (PBUH), which eventually resulted in increased output and productivity.

“During a journey, somebody picked up some birds eggs. The bird’s painful note and fluttering attracted the attention of the Prophet (PBUH) who asked the man to replace the eggs.” (Al-Bukhaari)

The courtesy and good manners of the Prophet (PBUH) are well known as He was not the only kind-hearted to other fellow human beings particularly to the children but also to the animals. It was the time when the Arabs used to feel shame in being loving and affectionate to their kids. Allah Himself testifies about this great attribute observed in the personality of the Prophet (PBUH). He earned the title of Al-Ameen (trustworthy), which is why even the non-believers used to keep their valuable things in the custody of Muhammad (PBUH) as they trusted him for his promise-fulfilling nature.

The Holy Prophet spent a very simple life. He used to have a single dress to wear, cleaned His clothes and mended His shoes Himself. He always preached to others to avoid going towards materialism by not accumulating any kind of wealth in His entire life. He never ate to fill his stomach, rather he used to fast, and many times He would wrap stones around His belly to avoid having a feeling of hunger.

He always had satisfaction with His life and never complained about lacking anything. Despite being the Prophet of Allah Almighty, he never considered living a life like a king which he could easily have.

Muhammad (PBUH) was well known for his humbleness and humility as He never said No to anybody seeking His help. His openness and candidness also played a vital role in spreading Islam as He treated everyone alike regardless of their statuses.

“A woman from the people of Madeenah who was partially insane said to the Prophet (PBUH): ‘I have to ask you [your help] about something.’ He helped her and took care of her needs.” (Bukhari 670)

He did not discriminate among people and used to help everyone without any intention of return. He used to visit the sick, accepted invitations from the poor, and attended funerals. He never considered Himself as a better person than others; rather He always lived a very modest life.

The compassionate behaviour of the Prophet (PBUH) was highly notable. He never took revenge for personal matters, e.g. when He used to walk through the streets of Makkah, an old lady used to throw garbage on His head. One day when she did not throw garbage on Him, He went to see her. He found that the old lady was sick. He looked after the old lady until she got better.  The Prophet Muhammad (s) once said:

“Allah will not be merciful to those who are not merciful to people.” (Sahih al-Bukhari, Vol. 9, 473)

He forgave all the non-believers after winning the last battle of Makkah. This kind and courteous conduct of Muhammad (PBUH) made the Kuffaars (non-believers) embrace Islam. That was not the first time that the Prophet (PBUH) showed His people to forgive others. He also forgave a woman named Hind (after the victory of Makkah), who had eaten the liver of the Prophet`s (PBUH) uncle Hazrat Hamza (May Allah be pleased with him).

The Holy Prophet`s (PBUH) whole life is a personification of goodness and morality. He never said any vulgar word in His entire life, even when he was abused and made fun of by the non-believers. Instead of being offended, He used to pray for their well being. Allah Almighty Himself testifies in the Holy Quran:

The highly successful leaders are fearless to take any action in favour of the common good. They are not negatively influenced by any kind of threats from powerful figures. They not only take bold decisions but also remain steadfast in their initial stance. The life of the Holy Prophet (PBUH) consists of many examples of bravery and willpower.

“The Prophet (PBUH) did not refuse to give anything which he had to someone if he asked for it.” (Bukhari 5687)

First, He declared being the last Prophet and called people towards righteousness, knowing that they would reply. Second, when He was threatened to leave His preaching about Islam, He remained resolute and never backed down from His religious and moral endeavour.

“The Prophet (PBUH) was the most handsome of all people and had the best appearance. He was neither very tall nor short.” (Bukhari)

Muhammad (PBUH) did not spread Islam by dictating others, rather he always did His best to serve as a guiding principle to others by acting upon Allah`s teachings Himself first. Before the famous battle with non-believers called “Ghazwa-e-Khandaq”, He participated Himself in the digging trench just outside Madina, and He even lifted the heaviest stones during the process. Allah says:

“Certainly you have in the Messenger of Allah an excellent exemplar for him who hopes in Allah and the latter-day and remembers Allah much.” (Surah Al-Ahzab 33:21)

From vision to courage, from influence to empathy, and from awareness to selflessness, He had all sorts of characteristics in His character which differs Him from other famous personalities that lived and rank Him at the top of the list of the most influential person in history.