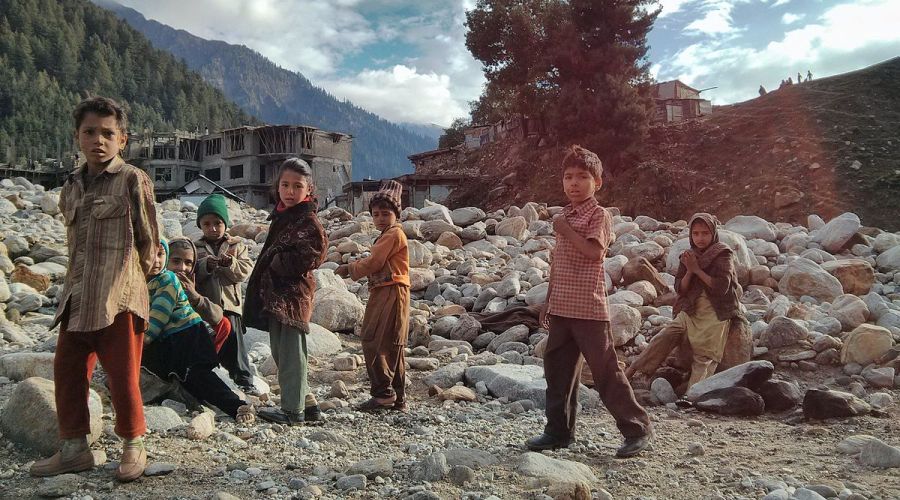 It is practically impossible for the poor to participate effectively in the development process.‘Poverty’ measured in terms of access to basic social and economic services has become more severe than a poverty estimate based on nutritional intake.

According to the report, nearly 39 percent of Pakistanis live in multidimensional poverty, with the highest rates of poverty in FATA and Balochistan. Pakistan’s MPI showed a strong decline, with national poverty rates falling from 55% to 39% from 2004 to 2015.

Four of the five poorest districts are in Balochistan, where poverty level is alarmingly high. The poorest district is Kila Abdullah with 97% poor population, followed by Harnai 94.2%, Barkhan 93.6%, Sherani 90.6% and Kohistan in K-P with 95.8% poor people.The more alarming indicator is the intensity of poverty, as each poor person lacks access to half of the indicators selected for measuring poverty.

Grinding poverty and lack of development fuel child labor, illiteracy, religious extremism and endless conflicts on massive scales. The Gross National Income per capita is only $5,031. Life expectancy in Pakistanis at 66.4 years and the expected years of schooling is miserably low at 8.1 years. These figures are among the lowest in the world.

The good news is that poverty in Pakistan decreased by 15 percent in the past decade, but, given the grim lows overall, this figure is less than encouraging. In order to alleviate poverty, policymakers need to focus on achieving the U.N.

In this regard, a food poverty line is calculated by taking the average spending on food of households, based on minimum threshold of 2,350 level of calorie intake and calculates expenditure on non-food items like shelter, clothing, education and health, to obtain a CBN poverty line.