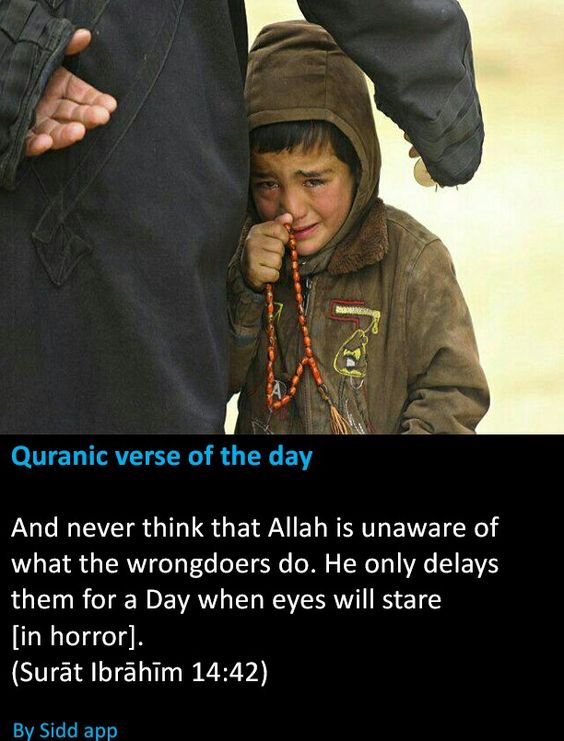 An orphan is a person who has lost his father or both his parents before the age of maturity. The Prophet (PBUH) was an orphan too and as such, orphans hold a special place in Islam. He had lost all those by the death of his father and fate left him for distress, distraction, and deprivation. Anyone, whom Allah (s.w.t) has chosen to be the guardian of an orphan must be steadfast and must give these rights to the child. Allah says:

“Whatever ye spend that is good is for parents, and kindred, and orphans, and those in want, and for wayfarers. And whatever ye do that is good Allah knoweth it well.” (Surah Baqarah  2;215)

A parent can never be replaced, but as Muslims, we can still give these children the best we can. Allah knows why he chose to make someone an orphan, and why he chooses you to be the guardian of that child. Have faith and remember that Allah is ever seeing, all hearing of what we do. Indeed, there is a great reward for taking care of an orphan. Allah says:

The mercifulness of believers may also be observed in their approach to orphans. The noblest of attitudes that must be shown to orphans, who need the care and interest of others because they have lost their parents. Allah advises believers to bring orphans up as decent individuals. Believers show keenness to take this responsibility upon themselves and do their best to educate themselves in the best way possible. Allah says:

“The Shaitaan promises you [the] poverty and orders you to immorality, while Allah promises you forgiveness from Him and bounty. And Allah (is) All-Encompassing, All-Knowing.” (Surah Al-Baqarah 2:268)

Keep a close check on orphans until they reach a marriageable age, then if you perceive that they have sound judgment hand over their property to them. Do not consume it extravagantly and precipitately before they come of age. Those who are wealthy should abstain from it altogether. Those who are poor should use it sensibly and correctly. And they seek your ruling concerning the women. Allah says:

“Allah gives you the ruling about them and what is recited to you in the Book concerning orphans [the] girls (to) whom you (do) not give them what is ordained for them and you desire to marry them, and the ones who are weak of the children and to stand for orphans with justice. And whatever you do for good then indeed, Allah is about it All-Knowing.” (Surah An-Nisa 4:127)

Here is presented the rights of orphans in Islam:

The orphan must be taught to manage the finance and must pass. Then, when he is graduated and old enough to marry then his property must be given to the rightful (orphan). It is forbidden to eat the orphan’s property beyond fairness and is prohibited from spending the orphan’s money in haste before they grow up. When handed over the property to orphans, we must be accompanied by witnesses. The orphans have freedom of expression. They can’t be interrupted when telling something or the truth because Allah has already said that all people can express anything. Allah says:

“And when present (at) the (time of) division the relatives and the orphans and the poor, then provide them from it and speak to them words (of) kindness.” (Surah Al-Nisa.4:8)

Every child holds the right to being raised by either a mother (if alive) or by any responsible person who will serve as a guide. It entails caring for the child both emotionally and physically. Children must be nurtured, loved, care for. They must be taught good Islamic morals, disciplined and taught to differentiate right from wrong. This is to ensure that the child grows up to become a good member of society who will benefit the people around him positively. Allah says:

“And when We took your covenant, “Not will you shed your blood and not (will) evict yourselves from your homes,” then you ratified while you (were) witnessing.” (Surah Al-Baqara: 2:84)

An orphan is one of the children who lost his father and one who supports him. He lost the heart which used to be kind to him, and the soul which encompasses and cares for him to empower his nerves, increase his organs, expand his chest, and make life smile to him. So, he is in dire need of special care from the Most Gracious and the Most Compassionate Himself to rescue him from this loneliness and make him happy.

An orphan is a child or the minor who, by the will of Allah, has no parents or just one parent. In Islam, the absence of a father either by death or abandonment or any other reason results in the child becoming an orphan. The child remains an orphan until he/she reaches the age of maturity or puberty. Allah says:

“And know that whatever ye take as spoils of war, lo! a fifth thereof is for Allah, and the messenger and for the kinsmen (who hath need) and orphans and the needy and the wayfarer; if ye believe in Allah and that which We revealed unto Our slave on the Day of Discrimination, the day when the two armies met. And Allah can do all things.” (Surah Al-Anfal – 8:41)

The believers are protectors of one other. So when we find those in need, such as the orphans and the widows, we should strive to help them. Below is are some reminders of the rewards for doing so. He needs wise legislation and a generous will from a Merciful Lord to protect himself and money and consider him a working man in life and not an idle who beg of his living and become a burden on his nation or a bad person who spreads his poisons over other children. Allah says:

“To improve their lot is best. And if ye mingle your affairs with theirs, then (they are) your brothers. Allah knoweth him who spoileth from him who improveth. Had Allah willed He could have overburdened you. Allah is Mighty, Wise.” (Surah Al-Baqara – 2:220)

In the Islamic faith, all children have the right to be clothed fed and protected until they are adults, to receive love and affection from their parents and to be treated as equally as their siblings. Fearing Allah and His grievous punishment in the hereafter, believers carefully conserve the wealth of orphans until they reach intellectual maturity. When orphans grow old and mature enough to exercise rational and healthy judgment, believers hand over their property to them.