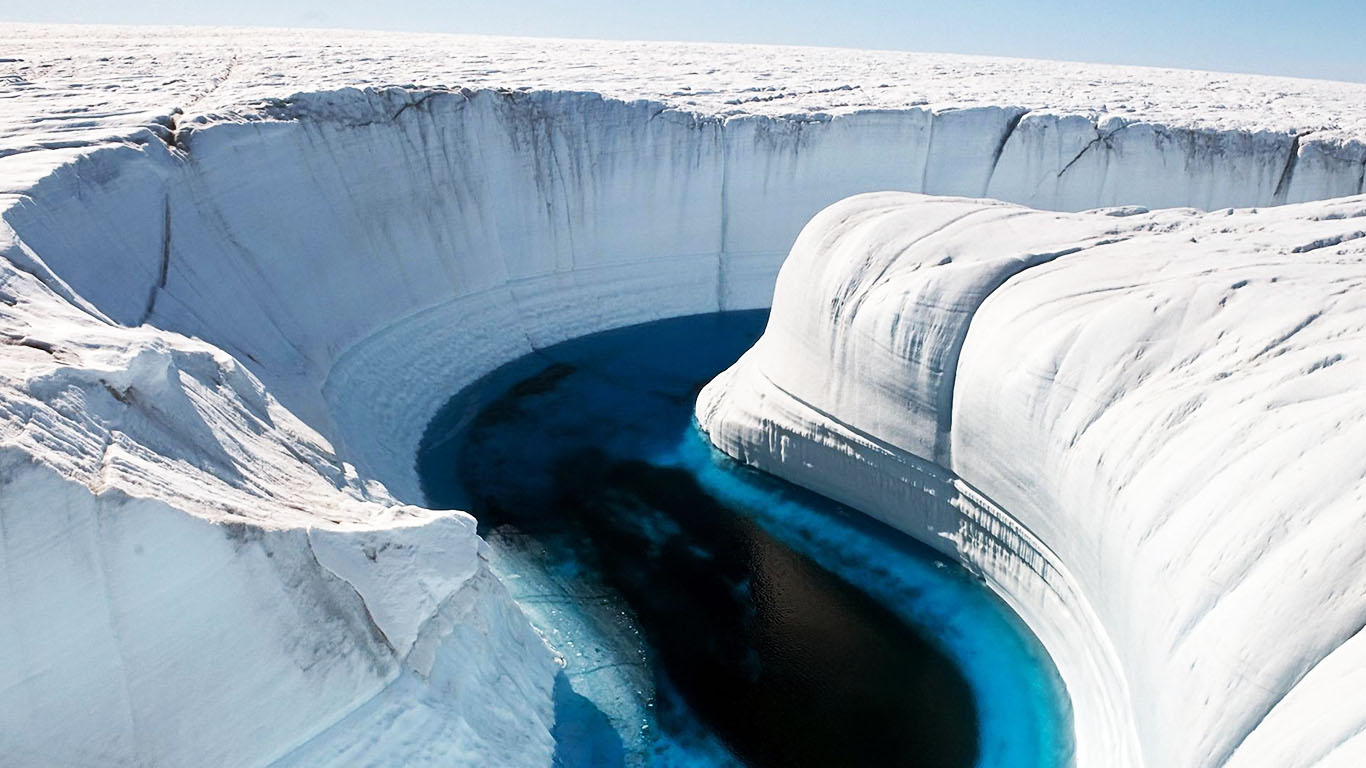 The first thing that comes to mind when people think about Greenland is normally it’s huge ice cap, Inuits or polar bears. What follows is a list of things you might know or not know about Greenland and its truly unique culture and geography. There are glaciers all over Greenland, which more or less actively produce icebergs at different times of the year, mainly in the summer. The most productive is the Sermeq Kujalleq glacier at Ilulissat Icefjord, which is also the most visited. Icebergs are found throughout most of Greenland, all unique in shape, colour, and size.

Greenland is located between the Arctic Ocean and the North Atlantic Ocean, northeast of Canada and northwest of Iceland. The territory comprises the island of Greenland–the largest island in the world–and more than a hundred other smaller islands (see alphabetic list). As an island, Greenland has no land boundaries and 44,087 km of coastline. A sparse population is confined to small settlements along certain sectors of the coast. Greenland possesses the world’s second largest ice sheet.