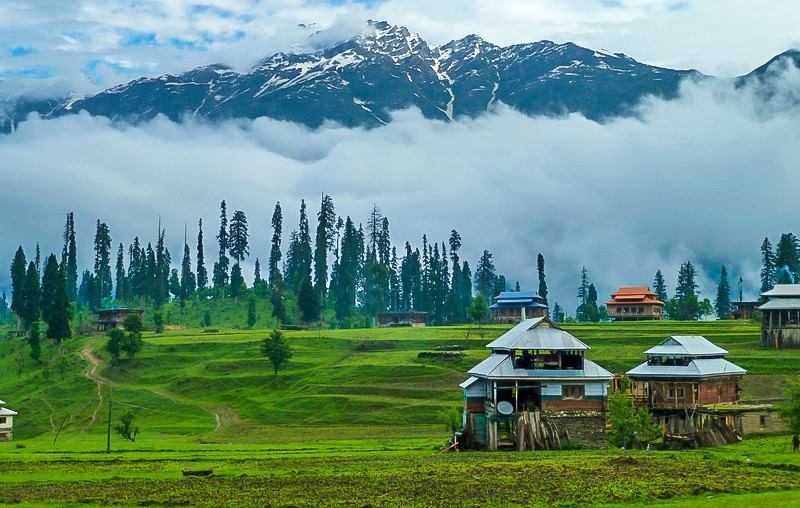 Neelum Valley lies on both sides of the river Neelum. The geographical features enhance the natural beauty of the Valley. Its elevation, a mere 2,000 feet at the start, gradually rises till it attains a respectable height of 8,000 feet. On both sides there are high mountains and peaks. Nearly all the forest wealth of Azad Kashmir is to be found in this part of the State.

Dudhnial is a well-known town of the Neelum District and offers a government college, high school for girls as well as a hospital and other government offices. Privately owned rest houses, shops and restaurants are also available here.
With a total population exceeding 5000 individuals, Tehjian is a beautiful village located in this region. Even though it is densely populated, the village does not provide any postal service and possesses only a few basic health units and private hospitals along with a tourist hotel by the AJK Tourism Department. Kel is another village which is 19 kilometers away from Sharda and offers similar facilities to those of Tehjian, adding a college, markets and a bank to the facilities as well.