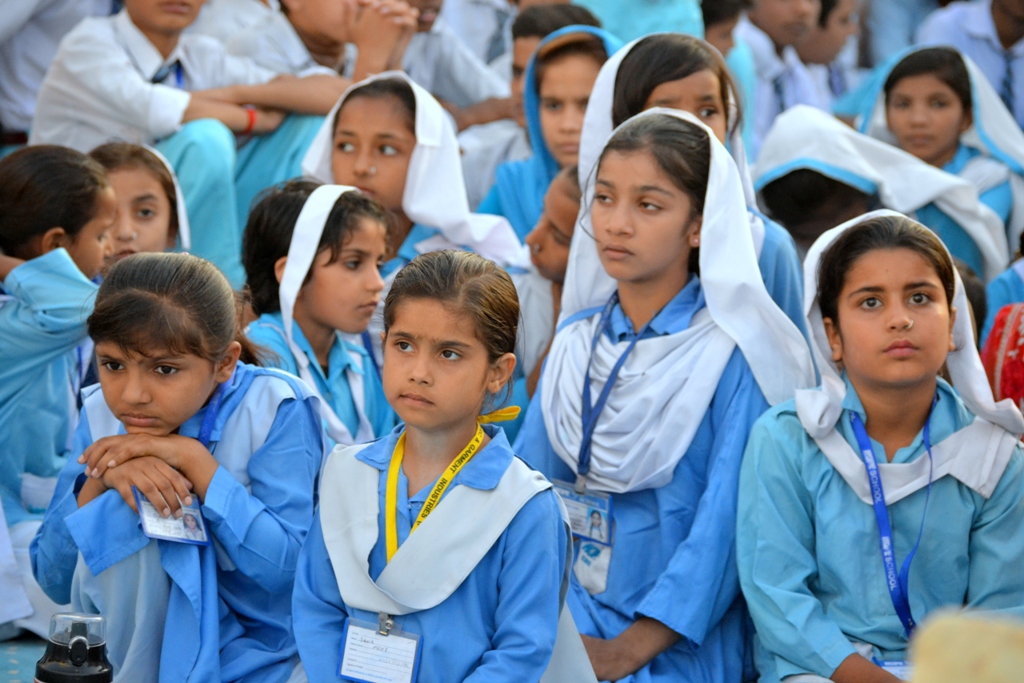 The biggest factor is economic constraints, and the fact that kids often need to choose between work and school. In an ideal world, we would be able to demonstrate the link between schools and future earnings. We need to get better at promoting the value of education to parents and children.Lack of safe transportation is a major factor in teacher absenteeism and fatigue. It also affects children’s attendance.

For the last many years, governments have been trying to get all children in this age bracket into schools but have not been successful as yet. In fact, though the article talks about all five- to 16-year-old children, most of the focus of governments has been on getting primary education universalised — and we have not even been successful in that as yet.

Punjab claims that the ‘participation’ rate has gone up to 90 per cent at the primary level. But it is not clear as to what is meant by the ‘participation’ rate, how this is linked to gross and net enrolment rates and what this means in terms of primary-level completion rates. The claims about enrolments, from other provinces, are lower than those for Punjab, so the problem is bigger in other provinces.

For girls, parents are the biggest impediment to their education. More than half of girls who are out of school lack either parental consent or ability to pay schools fees. We need to advocate more for parents to get involved with community schools – whether they are on the management committee, or helping with the building, financing or security at their child’s school.

It is often argued, in education policy circles, that getting all children into schools is the first priority and once that is done, we can worry about the quality of education and other related issues. And, broadly speaking, this is indeed the policy that the provincial and federal governments have been following. But, there are a number of problems with this perspective.

The quality of education and our ability to get children into schools and, more importantly, to keep them there, are integrally linked. If children do not get a decent quality of education that can hold their interest and harness their ability to read/write, comprehend educational material, engage with the society they live in and provide options for career paths, it would be hard to keep them in schools. It would also be hard, in such circumstances, to try and convince parents and children for the latter to come to or stay in schools. Why should they? Why should a parent spend time and money to keep his or her offspring in school when the child is getting little or nothing out of it? Do we feel there is zero opportunity cost for children’s time?

Not only are we not able to cater to all children through schools (government estimates say some 22 million children from five to 16 years are out of school) we are not even able to impart quality education to the ones who go to school. How are we going to deal with the situation if, by a miracle, all children in this age bracket did end up in schools?

There is plenty of evidence that public-sector schools across the country, by and large, provide poor education. Most of the examinations conducted in the country, irrespective of their level, show poor results. The Punjab Examination Commission results for class 5 show that a significant proportion of students have not even gotten the hang of basic reading, writing, comprehension and mathematics.

Central government and provincial governments have good intentions but no one’s political stakes are invested in delivering that “better” set of outcomes, so they leave it to donors and NGOs. Until we can get Pakistani leaders to view a dysfunctional education regime as a political liability, we will keep grasping at non-solutions.

Matriculation results show that a significant proportion of students fail the examination, even though it is a fairly simple one for that level, and that the pass percentage is only 33pc. A large proportion of those who pass are still unable to get admission into colleges. The same pattern can be seen at the intermediate level.

The examination results that we mentioned here show the poor performance of the low-fee private sector as well. A recent study that we conducted found that the returns of high-fee elite education package (better quality education, exposure to ‘O’ and ‘A’ Level examinations, and facility with English language) explain a lot of the differences in a) what sort of colleges students can enrol in, b) what sort of careers people can choose, and c) the salaries they get.

The government could provide private schools with attractive packages such as cheaper utility bills in return for them making at least 10% of their places available for free to poor students.

Given all this, should we still focus on enrolment first as a policy? Are we doing our children a favour by putting them in schools when we are not able to provide even a basic and functional level of educational quality through most of the schools that we have? Should we focus on bringing in reforms that target the quality of education as well?Teachers should be encouraged with salary incentives to take college qualifications and get a bachelors degree. Additionally, annual professional development workshops and in-service training should be provided.

Some might want to argue that we should be doing both ie getting every child in school and ensuring that they get a decent quality of education. This is a very sensible position to take and a lot of countries, both developed and developing, do focus on both issues simultaneously, but they spend a lot more resources, human and financial, on their education sectors. When the current government spends less than 2pc of GDP on education, how can we achieve universal education of even a minimum quality?

So, should we leave out-of-school children as they are and focus on quality-enhancing interventions only? This is the choice that society should be thinking about.We focus on English too much which is why we’ve ended up with so much rote learning. Many teachers are trying to teach in a language they’re not even fully competent in. Meanwhile, children who are confident in their own language are condemned as dumb if they can’t pick up English.

I might have my preferences on what policies should be adopted but in a democratic society decisions should be taken after an informed debate. The purpose of this article was to raise the issue of the choices before us. What we decide to do, as a society, is something that should be debated.

Whether we keep the focus on enrolment, move to focus on quality, or increase funds for the education sector substantially to be able to do both, should be a thought-out choice and not just a default position. Our collective choice will have significant consequences for our children and the future of this country.