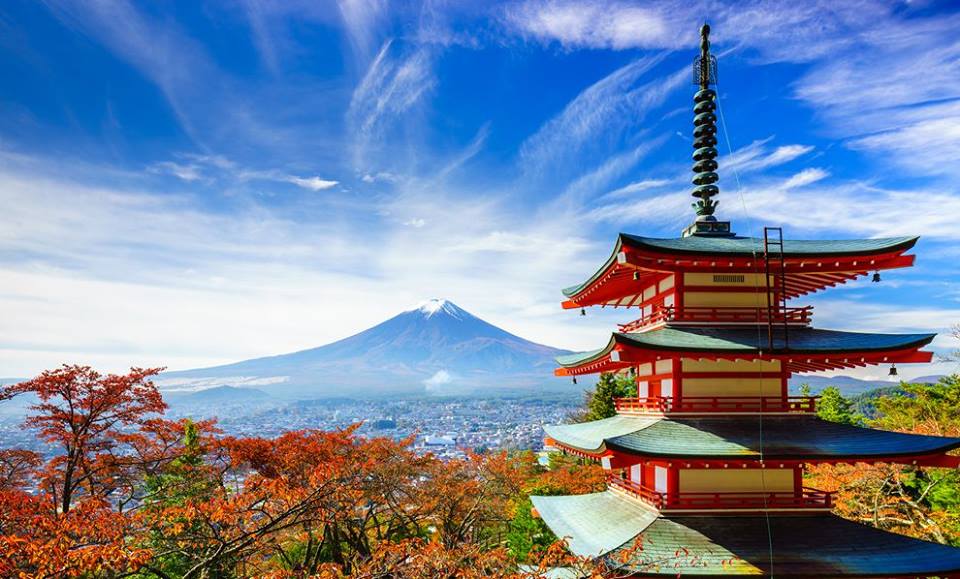 Japan’s Mt. Fuji is an active volcano about 100 kilometers southwest of Tokyo. Commonly called “Fuji-san,” it’s the country’s tallest peak, at 3,776 meters. A pilgrimage site for centuries, it’s considered one of Japan’s 3 sacred mountains, and summit hikes remain a popular activity. Its iconic profile is the subject of numerous works of art, notably Edo Period prints by Hokusai and Hiroshige.

The origin of the name Fuji is unclear, having no recording of it being first called by this name. A text of the 9th century, Tale of the Bamboo Cutter, says that the name came from “immortal” and also from the image of abundant ascending the slopes of the mountain.An early folk etymology claims that Fuji came from, meaning without equal or nonpareil. Another claims that it came from, meaning neverending.