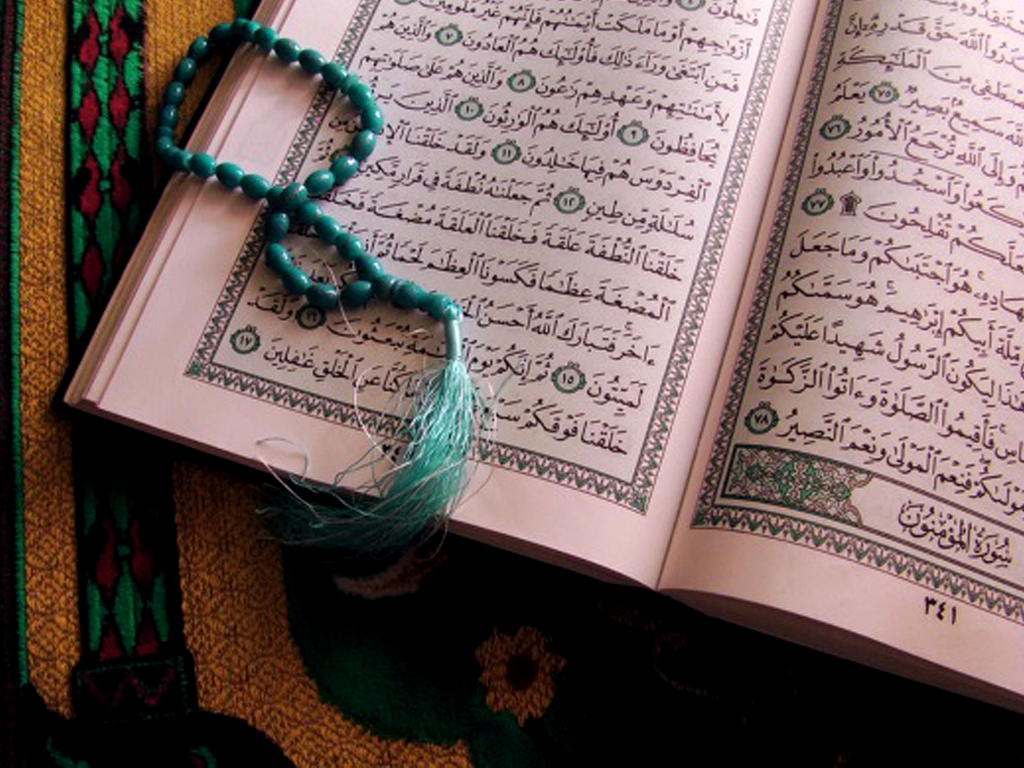 Islam as a comprehensive way of life encompasses a complete moral system that is an important aspect of its world-view. We live in an age where good and evil are often looked at as relative concepts. Islam however, holds that moral positions are not relative, and instead defines a universal standard by which actions may be deemed moral or immoral. The Quranic concept of a “sound heart” is not the pureness of heart that some people understand it to be, for the Quran defines a sound heart as turning to and submitting fully to Allah. Allah says:

Islam is that the universe is the creation of Allah who is One. Human beings are blessed with wisdom and free will and are given a status above that of all the other living beings. Based on these blessings, humans are expected to live a life conforming to moral and ethical values. If everyone follows morality in its best form, the world will become a much better place to live. Since Islam is a complete lifestyle, it provides a comprehensive set of ethics for its believers. Allah says:

Islamic moral values bestows freedom from worldly values and all forms of dependence felt toward other people. A believer with such moral values seeks the approval of Allah, not that of other people. He fears Allah alone and knows that all things are under His control. Fear leads him to scrupulously adhere to the bounds set by Allah and silences all excuses proffered by worldly desires. A Muslim must choose which value takes precedence in the given situation.

The Concepts of Moral Values in Islam:

A moral sense is inborn in man and, through the ages, it has served as the common man′s standard of moral behaviour, approving certain qualities and condemning others. While this instinctive faculty may vary from person to person, human conscience has consistently declared certain moral qualities to be good and others to be bad. Islam is a complete code of life that describes each and everything we required to live an ideal life according to the teachings of the Quran. Allah says:

A Muslim is expected to not only be virtuous but to also enjoin virtue. Muslims must have upright and strong moral and ethical values because Islam is not only about worshipping Allah but also about treating His creations well and living exemplary life in this world. Virtues relate to the purpose or value underpinning the deed, duties relate to the manner or modality of the deed, and context relates to the timing of the deed.

Morality in Islam addresses every aspect of a Muslim’s life, from greetings to international relations. It is universal in its scope and in its applicability. A Muslim should not be vain or attached to the ephemeral pleasures of this world. While most people allow the material world to fill their hearts, Muslims should keep God in their hearts and the material world in their hands. Allah says:

“Say: I am only a man like you to whom it has been revealed that your god is one God, so take a straight path to him and seek his forgiveness.” (Surah Fussilat 41:6)

Morality in Islam addresses every aspect of a Muslim’s life, from greetings to international relations.  It is universal in its scope and in its applicability. When one is patient, only then does he endure the hardships of life without losing faith, it is with patience that he develops good relations with others and it is with patience that he bears the ease and comfort of others before himself. Islam’s moral system is striking in that it not only defines morality but also guides the human race in how to achieve it, at both an individual as well as a collective level. Allah says:

Morality reigns in selfish desires, vanity, and bad habits.  Muslims must not only be virtuous, but they must also enjoin virtue. A Muslim has to work upon his moral character. The better values a Muslim incorporates in his character, a better and practising Muslim he becomes and it is on the basis of this moralist practice of Islam that he will be among the blessed ones, both in this world and in the world Hereafter. May Allah give us the strength to live our lives according to the teachings of Almighty Allah.