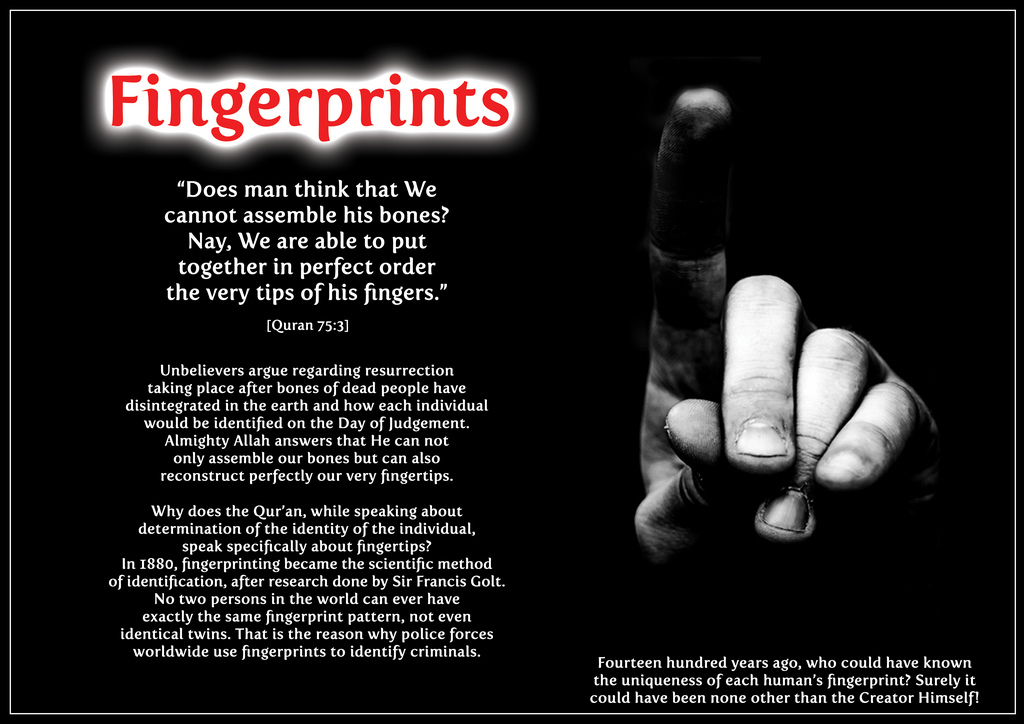 The Quran severally challenges its critics that it is not composed by any human but is the word of God, the Glorified, and Exalted. Miracles do happen and remind one of the existence of the definitive power that is the governing body of all events in this world, i.e. Allah Almighty. Allah says:

“And among His Signs (is) that He created you from dust then behold! You (are) human beings dispersing.” (Surah Ar-Rum, 30: 20)

And, He makes clear many such occurrences to us so that we could understand things better. The same holds true in respect of the Holy Book of Quran, which the Creator of the universe revealed on His last Prophet, Hazrat Muhammad (PBUH), which contains discussions about a lot of phenomena, which looked hard to believe in the past but are now verified through increased scientific facts. This challenge is first given in the following verses: Allah says:

Some of these wonders that were presented 1400 years ago in Furqan e Hameed: Movement of the earth and other celestial bodies: Due to many misconceptions in the old times, like considering the Sun and the Moon as gods and worshipping them, the Almighty Lord has reminded the ignorant ones of the realities of the universe and things present in it. Allah says:

“And you see the mountains, thinking them firmly fixed, while they will pass (as the) passing (of) the clouds. (The) Work (of) Allah Who perfected all things. Indeed, He (is) All-Aware of what you do.” (Surah An-Naml, 27: 88)

The number of seven heavenly and earthly layers: In light of modern discoveries in Astronomy, scientists have found out that there is Dark Matter spread across the vast universe, which is invisible, yet has detectable gravity. Allah says:

“Allah (is) He Who created seven heavens and of the earth, (the) like of them. Descends the command between them that you may know that Allah (is) on everything All-Powerful. And that, Allah indeed, encompasses all things (in) knowledge.” (Surah At-Talaq, 65: 12)

Creation of a human from clay and water: It has always been a debate about the possible life substance from which a human being is made of. But due to an increase in the knowledge of Biological and chemical sciences, we know that the elements that are essentially present in the soil also make the life form of an individual, such as iron, calcium, zinc, etc. Allah Almighty has indicated towards this fact in the Holy Book as Allah says:

“Do not see those who disbelieved that the heavens and the earth were a joined entity, then We parted them and We made from [the] water every living thing? Then will not they believe?” (Surah Al-Anbya, 21: 30)

Identity on Finger Tips: It means that every person is exclusive in its individuality from another, which is also proved from the scientific invention of fingerprinting machines that detect the true identity of one from its DNA. Some of the other Quranic miracles include the uniqueness of every person`s identity, when Allah, the Exalted discusses the matter subject of reforming the human`s body in the Holy Script in Surah Al-Qiyama as Allah says:

Qur’an is the only book that has had and still carries an unparalleled effect on human thought, ethics, morality, civilization, and mode of living. These are some of the many miracles of the Holy Quran that were revealed to us at times when people did not even know about the true basis of science and had fallacies about many matters. But the present scientific knowledge, research, and discoveries have provided great evidence about the truthfulness and reliability of information present in this Revered Book.