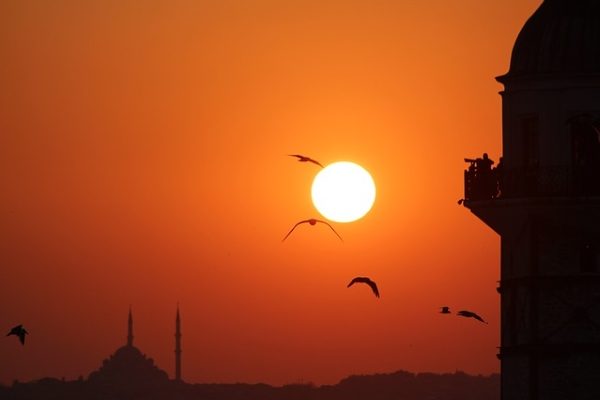 Muslims throughout the world are observing Ramadan, also known as the month of fasting. There are special blessing and several characteristics of the last ten days of Ramadan. In the three Ashras of Ramadan, it is the third one that is valued greatly among Muslims. One of the major reasons why it is valued and revered is the fact that it is the last Ashra and with it, Ramadan ends, so Muslims try making the most out of it. Allah says:

There is a night named Lailatul Qadr in these ten days. This is superior to one thousand months. An individual who performs Ibadat on this night will find his previous sins forgiven.

“And to Madyan their brother Shuaib. And he said, “O my people! Worship Allah and expect the Day the Last, and (do) not commit evil in the earth (as) corrupters.” (Surah Al-`Ankabut 29:36)

Below we take a look at the forms of worship that carry a lot of reward during the month of fasting.

Laylatul Qadr: Inthe Quran, Allah says: “By the manifest Book (the Quran) that makes thing clear. We sent it (this Quran) down on a Blessed Night (i.e. the Night of Qadr)….” (Quran 44:2-4)

Make Every Last 10 nights of Ramadan

1- Do not be like the majority of people who wait for the 27th to spend a night in worship. The Prophet (SalAllahu alayhi wa salam) stayed in I’itikaf (seclusion) for all 10 nights seeking Allah’s pleasure. We have no guarantee that Layla Tul qadr will be the 27th night and in fact with moon sighting issues (yes I’m bringing it back up :)), we don’t even know for a fact which night is the 27th. So seek Layla Tul qadr every night and you will certainly catch it. Not only that, but you would have spent the other 9 nights conversing with your Creator, receiving His mercy, and elevating your status.

3- Pray the entire set of Taraweeh with the Imam. Taraweeh is qiyaamul layl. Yes, it’s permissible to pray as little or as much of it as you want on any given day. But the Prophet (salAllahu alayhi wa salam) said that whoever prays with the Imam “until he leaves” would receive the full reward of qiyaamul layl for the whole night. No one of us will be able to spend the entire night praying so this, along with tip 3, is a good way to ensure that you get the entire credit.

4- Spend the night in different forms of worship. You don’t have to spend the whole night in prayer. Instead, you can take breaks and just make dua. You can also specify a certain number of chapters of the Quran you want to read every night. You can also read a translation of the Quran or some ahadeeth as a break between prayers. Just keep yourself engaged. It’s also good to give charity and perform any extra good deeds on these nights.

5 – Plan your duas. This is the night in which the entire next year will be decreed. So choose your duas wisely and make sure that you make them with a clean heart.

The blessed night, called Laylatul Qadr, occurs in one of the last ten nights of Ramadan and more probably in one of the last ten odd nights i.e. 2lst, 23rd, 25th 27th or 29th night. Laylatul Qadr is the crowning glory of the holy month of Ramadhaan. It is associated with the sending down of the Qur’an, the last Book of Allah on His last Prophet Muhammad (Sallallaahu Alayhi Wasallam), for the guidance of mankind. Allah says:

“Indeed, those who believed and those who became Jews and the Sabians and the Christians, whoever believed in Allah and the Last Day and did good deeds, then no fear on them and not they will grieve.” (Surah Al-Ma`idah 5:69)

Laylatul Qadr (the Night of Power) is a night among the last ten nights of Ramadan and the most important as it is the particular night the Qur’an as revealed. Muslims do spend the whole night worshipping Allah Subhanahu and asking for forgiveness as well. Every Muslim must pray for the safety of Hellfire. Allah Almighty says:

“Only ask your leave those who (do) not believe in Allah and the Day the Last, and (are in) doubts their hearts, so they in their doubts they waver.” (Surah At-Taubah 9:45)