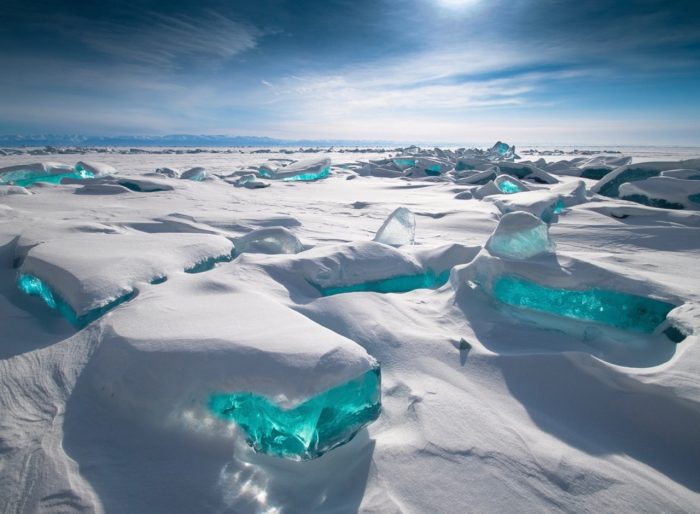 Lake Baikal is an ancient, massive lake in the mountainous Russian region of Siberia, north of the Mongolian border. Considered the deepest lake in the world, it’s circled by a network of hiking paths called the Great Baikal Trail. The village of Listvyanka, on its western shoreline, is a popular starting point for summertime wildlife-spotting tours, plus wintertime ice-skating and dog sledding.

Around 25 million years ago, a fissure opened in the Eurasian continent and gave birth Lake Baikal, now the deepest and oldest lake in the world. The lake is located near the Russian city of Irkutsk, one of the largest cities in Siberia with about half a million population. Like many of Earth’s waterways today, Lake Baikal is the source of ongoing controversies, as developers move into the area. The primary threat is from Mongolian power companies who, with help from the World Bank, are looking to build two hydroelectric dams near Lake Baikal.