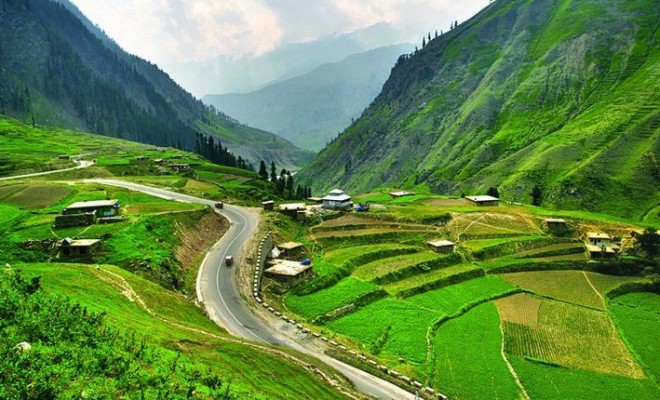 Pakistan has been blessed with natural beauty that rivals that of all other countries in Europe and Asia. There are lush green valleys which are so magnificent that they appear like a dream. One of these amazing valleys is the Kaghan Valley located in the northern parts of the country. This valley has become a focal point of tourism, with both foreign and local tourists coming to the place, in the past few years. There are a lot of treks and trails that both start and end in this valley.

Furthermore, there are many lakes and peaks which are the crowning glory of the Kaghan Valley. Despite being a focal point of global tourism, the Valley has been left in its natural shape up to a large extent. The human effect on the natural side of the valley has been minimal in many places, so when people visit the valley there is a high chance that they will be able to see the true natural beauty of the valley with their own eyes.The Kaghan Valley is in the north-east of Mansehra District of the Khyber Pakhtunkhwa.

The valley extends 155 km, rising from an elevation of 2,134 feet (650 metres) to its highest point, the Babusar Pass, at 13,691 feet (4,173 metres).The Kaghan Valley is a prestine location which is a key choice for the tourists during summer. It is an exotic destination for kayaking, river rafting, jeep safari, fishing (trout is abundant), trekking and hill climbing.The elevation of the valley makes it one of the few valleys in the country that are in the alpine climate range and are accessible by road.

The valley has been connected to the rest of the country with numerous roads and most of them are metaled roads. During a recent earth quake, most of the infrastructure of the valley was destroyed but much of it has been rebuilt in the past few years and the valley has regained its hustle and bustle.