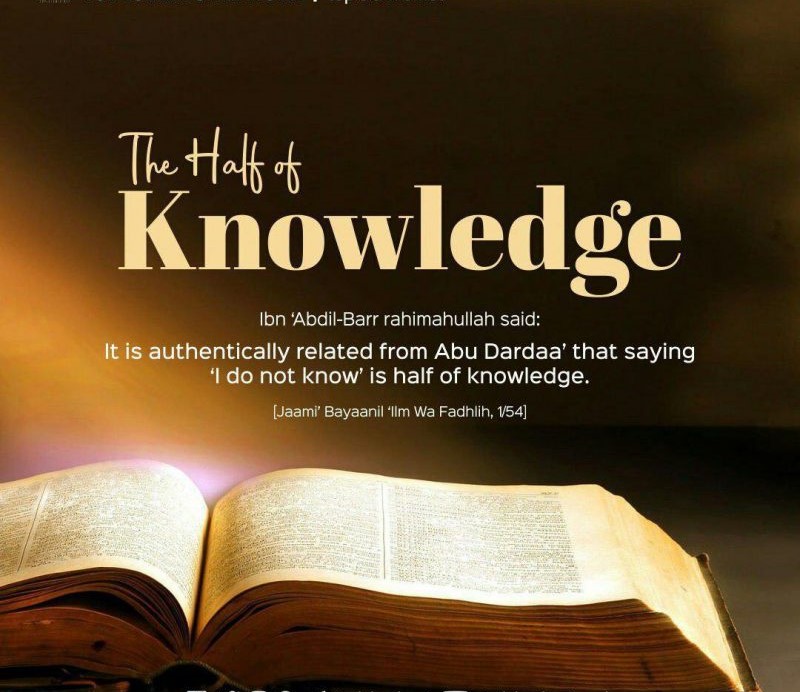 Islam means to achieve peace – peace with God, peace within oneself, and peace with the creations of God – through wholly submitting oneself to God and accepting His guidance. Islam, the fastest-growing religion in the world, has a long and rich history, and it influences economic, political, social, and cultural arrangements across the world. Islam and the Islamic world have played and continue to play a major role in world history. Allah says:

Muslims believe that God has no partners or associates who share in His divinity or authority and that God is transcendent, unlike His creations, and thus has no physical form. The 1.2 billion Muslims live in some 56 Muslim countries, where they make up a majority of the population. Islam makes it necessary for modern man to seek his salvation through this ideology. Allah says:

West’s limited knowledge of Islam and the Islamic world, ignorance and stereotypes of Islam and Muslims were compounded by the astonishing lack of coverage of Islam in schools and universities, the media, publications, and political analysis. We need to know more about the faith, history, politics, and culture of Islam and Muslims. Now, more than ever, it is important to understand the faith of Islam, its enormous contributions to world history and civilizations, the issues that affect the development of Muslim society, and the factors that shape and determine international politics and relations.

Islam is not a mere ideological vision. It is a practical system of life:

Muslims world recommends broadening the education of science-focused students to include humanities, social sciences, languages, and communication. At the same time, it calls for the adoption of internationally tried and true teaching methods, particularly “inquiry-based” and “active-learning” approaches. Of course, such a shift would require professors to receive training in these methods.

Why the Islamic world needs a new ‘golden age?

The Muslim world’s past contributions to science and education were extraordinary. The Islamic “golden age” – during which scholarship and learning flourished across the Muslim world – lasted many centuries, and included the establishment of the world’s first universities. Today, however, Muslim-majority countries lag well behind the rest of the world in terms of education and research. This must change if the region is to provide modern jobs and better lives to its booming population and keep up with global development.

Islam and its Challenges in the Modern World:

Muslim world took into account not just budgets and research, but also issues like the status of women in science studies and careers. Moreover, we conducted a thorough review – the first of its kind – of how science is taught at universities in the Muslim world, including pedagogical methods, textbooks, the language of instruction, censorship of “controversial” topics (such as the theory of evolution), and the role of religion in science classes. Allah says:

Islam strikes a balance between the two extremes of Capitalism and Socialism. Being appreciative of their role, Islam harmonizes the individuals and the State in such a way that individuals have the freedom necessary to develop their potentialities and not to encroach upon the rights of their fellowmen.  Allah says:

Islam presented its scheme of social reform much before any of the social movements of our times. It guaranteed the basic needs of man – food, housing and sexual satisfaction – more than 1400 years ago. t was revealed to the world as the ordained system of life, at a time when men attached no particular importance to economic factors, nor did they know anything about social justice in the sense we know it in modern times.

The world in the twentieth century has yet a great deal to learn from Islam. Long ago, Islam freed humanity from all racial prejudices. It did not content itself with the presentation of a beautiful vision of equality alone, but it achieved in practice an unprecedented state of equality between all people, black, white or yellow, declaring that none enjoyed any superiority over the others except in virtue and piety. Allah says:

Islam alone can help humankind shake off these chains. It is opposed to imperialism and all forms of exploitation. Islam was revealed to the world as the ordained system of life, at a time when men attached no particular importance to economic factors, nor did they know anything about social justice in the sense we know it in modern times. Islam is not a mere ideological vision. It is a practical system of life that fully appreciates all the genuine needs of humankind and tries to realize them. Allah says:

The development of new electronic media has made global pathways even more feasible for the Islamic lifeworld, opening the realization to many adherents that Islam can maintain its spiritual centre and still extend its geographic reach. One solution to this dilemma is for Muslims to further the processes of enclave building. The dynamics of enclave formation leads to a discourse of constraint and empowerment. Allah says:

Muslims believe that true faith inspires a deep reverence for life, love for the living, care for the environment, and an unwavering commitment to social justice. We believe that all creation is part of Allah’s family while the best of people are those best to Allah’s universal family. We are on a mission to empower, nurture, protect and promote values that affirm human dignity, human rights and the integrity of creation while making the world healthier, peaceful, and more beautiful. Allah says:

The era of Islam has in a way just started, not ended; it is not a spent force, but a living dynamic force, its future is as bright as its great historical past is glorious, when it illumined the face of the earth at a time when Europe was still groping its way in the dark recesses of Medievalism.