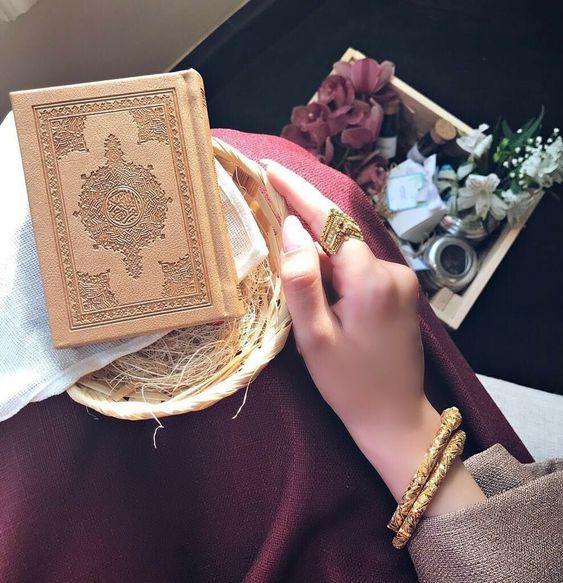 Islam has strongly emphasized the concept of decency and modesty in the interaction between members of the opposite sex. The dress code is part of that overall teaching. There are two verses in the Quran in which Almighty Allah talks about the issue of decency and hijab as defined earlier. It is important to understand several points related to the hijab and modesty. The first point is that modesty had been the norm in history, up until the latter part of the past century. Allah says:

“O Prophet! Say to your wives and your daughters and (the) women (of) the believers to draw over themselves [of] their outer garments. That (is) more suitable that they should be known and not harmed. And is Allah Oft-Forgiving, Most Merciful.” (Surah Al-Ahzab 33:59)

Those who harass believing men and believing women undeservedly, bear (on themselves) a calumny and a grievous sin. O Prophet! Enjoin your wives, your daughters, and the wives of true believers that they should cast their outer garments over their persons (when abroad). The reason why Muslim women should wear an outer garment when going out of their houses is not to get harassed. Allah says:

“And We have also sent down unto you (O Muhammad) the Dhikr [reminder and the advice (i.e. the Qur’an)], that you may explain clearly to men what is sent down to them, and that they may give thought.” (Surah An-Nahl16:44)

Hijab represents a woman’s submission to her Creator and her connection with the faith. While referring to it, Allah Almighty says: “That is more suitable that they will be known…” But, while the hijab is a symbol, in reality, it is much more than that. Hijab is a test for Muslim women. It is clear from the Qur’an and the Hadiths that the hijab is a religious obligation, which a woman has to undertake.

There are many benefits of the Hijab in Islam, here are some of them:

The Hijab shows that no other man has the right to seek pleasure from them as she is sanctified for her husband only. The hijab hides the physical traits and physical beauty of the woman and places the focus of the people on her real personality. It shows that the physical traits do not matter at all and the real beauty lies on the inside.

The Hijab is Obedience

Although there are many benefits of the Hijab, it is first and foremost a commandment from God. Therefore, wearing it is an act of faith and obedience to The Creator, as mentioned in the Quran: Allah says:

God, the All-Wise, knows what is best for His creation, and has therefore guided to benefit humankind. The wearing of the hijab, just like any other act of obedience to The Creator, brings one closer to their Lord and helps bring a sense of satisfaction and contentment to the person wearing it. The Hijab in no way suggests that women are inferior to men.

The Hijab is Modesty

Islam promotes modesty and decency and seeks to minimize immorality within society. The Hijab, amongst other things, helps attain this goal. It is well known that the Muslim woman is a creature of modesty. Allah loves for our Muslim women to be shielded by their Hijab. It is their outer protection from the decadence of this life. Allah says:

Hijab and veil are not meant for restriction rather it is a means in which Muslim society may function appropriately. Islamic regulations are unique to the highest standards of the Muslim identity of chastity, righteousness, and moral uprightness. Islam protects and safeguards individuals and society from awkward situations. Allah says:

“O Children (of) Adam! Verily We have sent down to you clothing, it covers your shame and (as) an adornment. But the clothing (of) [the] righteousness – that (is) best. That (is) from (the) Signs of Allah so that they may remember.” (Surah Al-Araf: 7:26)

While Islam discourages public displays of immodest dress and sexual behaviour, being a practical religion, Islam encourages love, affection, and intimacy between married couples in private. On the whole, the Muslim woman should abandon all of the ways of the exposed, and adopt the ways of those who are modest through their love and practice of the proper Islamic Hijab. Allah says

“And We have placed over their hearts coverings, lest they understand it, and in their ears deafness. And when you mention your Lord in the Quran Alone, they turn on their backs (in) aversion.” (Surah Al-Araf, 17:46)

True equality will occur when women do not need to display themselves to be valued nor defend their decision to keep their bodies to themselves. Therefore, Muslim men should not let the people of the Fire affect the modesty of their wives, daughters, and sisters. Such lewd women will not even smell the fragrance of Paradise, so our women must avoid their path.