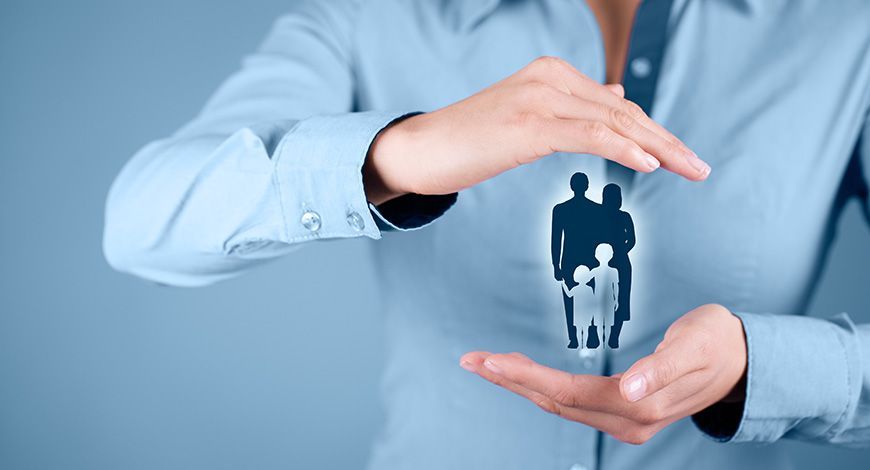 Allah says in the Quran that Allah commands every His Creature to always prepare for tomorrow. Allah has prepared sustenance for all His creatures. Here, to get sustenance, people still need to find and try how to get it, for example by doing insurance to deal with the future and old age. This is a speculation that we never knew. Insurance in Islam turns out that this insurance practice is not permitted. Why? Insurance is speculation, and speculation is not necessarily true or false. It is precisely Islam that people who carry out insurance are those who deny Allah’s grace. Allah says:

The Prophet Muhammad also forbade insurance. According to him, insurance is an unclear transaction. We don’t know when we get sick, die, need education fees, and others. This element of obscurity is the reason why insurance is not permitted in Islam. Allah says:

“Perhaps will wish those who disbelieved, if they had been those-who-submit/Muslims.” (Surah Al-Hijr 15:2)

Customers must pay a premium every month and this is a form of coercion in insurance. In here, the insurance forces the customer that the accident will occur and the customer will inevitably have to pay every month. Below is the hadith.

“The Prophet Muhammad (PBUH) forbade the sale and purchase of HaShoah (the result of pebbles, that’s what was bought) and prohibited from buying and selling horror (containing elements of obscurity)” (HR. Muslim)

The term ‘insurance’ has been used in this matter. Insurance could be to the benefit of the insuring person, or the benefit of others such as his children, wife, inheritors, or any other person or group (beneficiary) assigned by the insuring person. Calling this contract ‘life insurance, or insurance on goods, the voice or any other asset is aimed to market this transaction to the people. Allah says:

Otherwise, the fact of the matter is that the insuring person does not ensure his life. He, rather, ensures that a certain sum of money will be paid to his children, wife or inheritors or to any other named beneficiary designated by him when his death occurs. Allah says:

“And do not consume one another’s wealth unjustly or send it (in bribery) to the rulers so that [they might aid] you (to) consume a portion of the wealth of the people in sin, while you know (it is unlawful).” (Surah Al-Baqarah 2:188)

Similarly, he does not insure his goods, car, property, etc: rather, he ensures to be compensated for the insured object or its price in case it is injured or damaged. So it is, in fact, a guarantee (Dhamaan), for him or others to obtain a certain sum of money or compensation if something occurred to him that took his life or damaged his property, and therefore it is not a guarantee for his life or his property. Allah says:

“O you who believe[d]! Consciously revere Allah and give up what remained of [the] usury, if you are believers.” (Surah Al-Baqarah 2:278)

In insurance, there is great speculation, and we know that speculation in Islam is the same as gambling. Here the insurance company will reap profits by taking assets or money from customers who have experienced an accident or there can be no accident at all. Sometimes customers who have just paid a few times cannot get the full amount. Next, below here Allah says in the Quran. Allah says:

“O you who have believed, indeed, intoxicants, gambling, (sacrificing on) stone alters (to other than Allah), and divining arrows are but defilement from the work of Satan, so avoid it that you may be successful.” (Surah Al-Ma`idah 5:90)

Insurance is one way to be able to anticipate or reduce costs incurred when we have an accident, get sick, or even die. These are things that only Allah knows; life, death, even human pain. Instead of speculating, it is better to use the time to fear Allah, Allah will certainly provide a way out that we never expected. Below here, Allah says in the Quran.

Let’s check out some prohibitions of Insurance in Islam:

Insurance turns out to be a form of banned betting, what does that mean? Every premium or money invested here is the same as gambling. In here it is not everyone gets a claim or money back. Usually, to get money back requires a long period, such as at retirement age on health insurance. This form of transaction is prohibited in Islam. The below is a hadith from the Prophet Muhammad, he said that.

“There are no bets in the race except in archery, camel race, and horse racing” (Tirmidhi, An Nasai, Abu Daud, and Ibn Majah)

In the insurance transaction, it is clear that there is a form of eating other people’s assets in the wrong way. The insurance company takes the assets from the customer’s primary payment, in here customers sometimes do not always get their claims or rights. Allah says:

“No disaster strikes except by permission of Allah. And whoever believes in Allah – He will guide his heart. And Allah is Knowing of all things.” (Surah At-Taghabun 64:11)

In fact, in a good transaction, there must be conditions that benefit both parties. Insurance problems in society sometimes invite doubts to determine whether this is the right way to go. In here, the Prophet Muhammad once said that truly if something doubts you, then leave it. Hold on to things that make you sure. Allah says:

“ O you who have believed, do not consume one another’s wealth unjustly but only [in lawful] business by mutual consent. And do not kill yourselves (or one another). Indeed, Allah is to you ever Merciful.” (Surah an-Nisa 4:29)

Allah has prepared sustenance for all His creatures. Here, to get sustenance, people still need to find and try how to get it, for example by doing insurance to deal with the future and old age. This is a speculation that we never knew. As best as Muslims, they should be sure of Allah’s sustenance given to Him. Indeed, in insurance transactions, there must be an element of mutual help and cooperation between humans. Both parties must be mutually beneficial and there is no element of usury in them. This is an example of permissible Islamic insurance. Allah says:

“ Is He (not best) who begins creation and then repeats it and who provides for you from heaven and earth? Is there a deity with Allah? Say, “Produce your proof, if you should be truthful.” (Surah An-Naml 27:64)

Therefore, insurance in its totality is prohibited by Shar’ a, whether it is insurance on life, goods, property or any other thing(s). The reason for its prohibition is that its contract is void in the view of Shar’ a, and the pledge that the insurance company gives according to this contract is void according to Shar’ a. So taking money because of this contract and this pledge is prohibited, and it is considered to be the earning of money illegitimately which is included as illicit money.