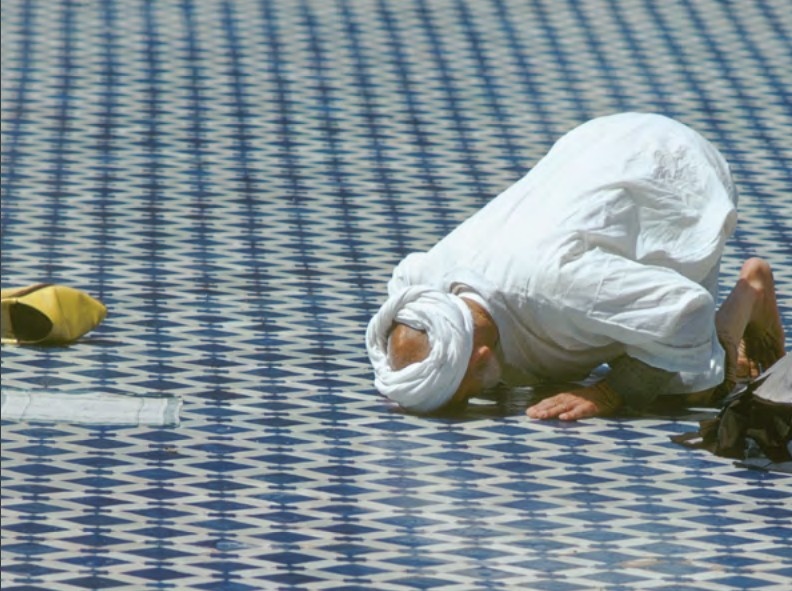 Prayer (salat) is the most important practice in Islam after declaring faith in Allah and His Messenger. The Prophet described the prayer as a light, the pillar of Islam, and among the best deeds. But this is for the true and sincere prayer that completes its purpose and objectives, both inwardly and outwardly, not simply going through the motions without the presence of the heart. For the prayer to be fulfilled, we must allow it to purify our hearts, to keep us away from sin, and to enrich our lives in the remembrance of Allah. Allah says:

“Recite what has been revealed to you of the Book and establish prayer. Verily, prayer prohibits one from obscenity and evil, but the remembrance of Allah is greater, for Allah knows what you do.” (Surah Al-‘Ankabut 29:45)

Prayer is one of the central elements of Islamic practice and worship. Indeed, it is the second of the Five Pillars of Islam and, along with the testimony of faith, the pilgrimage to Mecca, fasting the month of Ramadan and paying the poor tax, forms the essential framework of religious life for Muslims. Prayer of an individual is in effect from the time of birth, in which a newborn has the Adhan.  Allah says:

“Establish prayer at the two ends of the day and in the first hours of the night. Verily, good deeds remove evil deeds.” (Surah Hud 11:114)

Prayer, in the ritual sense, is an obligation of the faith, to be performed five times a day by adult Muslims. According to Islamic law, prayers have a variety of obligations and conditions of observance. However, beyond the level of practice, there are spiritual conditions and aspects of prayer which represent its essence. Prayer first and foremost, is the response to this Divine directive to worship the Creator.  Allah says:

Prayers are the only worship for which it has been advised to, before performing it, to have those with the best voices to rise and with a loud voice, invite to prayer through the slogans “Hasten to prayer, Hasten to success, Hasten to the best deed”. With it, silence is broken and another cycle of the pure thoughts of Islam is declared and those who are neglectful are awakened.

Following are some of the benefits that praying brings us:

Prayer purification of the heart is the ultimate religious objective of prayer. Prayer will only be acceptable to Allah if it is done with sincerity, reverence, awareness, and repentance. The offering of Salah in addition to representing the submission of Muslims to their Lord also has other benefits as well which are highly cherished by every Muslim. Allah says:

“Then called him the Angels when he (was) standing – praying in the prayer chamber. “Indeed, Allah gives you glad tidings of Yahya, confirming [of] a Word from Allah and a noble and chaste and a Prophet among the righteous.” (Surah Al-Imran, 3:39)

Our prayers should cleanse the heart of every spiritual disease such as envy, malice, and arrogance. It also represents a willing acknowledgement of our weakness and neediness by seeking Divine Grace, Mercy, Abundance, and Forgiveness. Allah says:

“And when We made the House a place of return for mankind and (a place o) security and (said), “Take [from] (the) standing place (of) Ibrahim, (as) a place of prayer.” And We made a covenant with Ibrahim and Ismail [that], “[You both] purify My House for those who circumambulate and those who seclude themselves and those who bow down and those who prostrate.” (Surah Al-Baqara, 125)

The Physical benefits of Islamic prayer on the human body are discussed in this article. The act of prayer requires the worshiper to move through several distinct bodily postures while reciting a specific supplication. Salah involves a certain level of physical activity which includes standing, bowing prostration and sitting consecutively. Each position involves the movement of different parts of the human body in ways that Some muscles contract isometrically (same length) and some contract in approximation or isotonically (same tension). Allah says:

Those who, if We give them power in the land, establish worship and pay the poor-due and enjoin good and forbid evil. (Surah Al-Hajj 22:41)

The prayer movements would enhance flexibility and general muscular fitness. This results in moderate physical exercise, particularly to the large muscle group and encourages health and wellbeing. Besides being an excellent form of exercise, physical activity breaks the monotony of chores. Prayer, then, is a willful, directed action by the believer, seeking direct, unmediated communication with Allah, for Muslims, believe that every human being is of interest to the Divine. Allah says:

Salah is the major form of worship that a Muslim offers five times a day regularly. It is an obligation upon a Muslim and a Muslim is to offer no excuse when it comes to offering Salah. Every deed, whether good or bad that a Muslim undertakes in this life, he or she will have to be answerable for it in the afterlife. Allah says,

Performing prayers is a means of developing a connection with Allah Almighty and when a Muslim does so five times a day, then the consequent relationship is to naturally grow strong. In life, a Muslim gets exposed to all sorts of environments and people, all of which have a direct impact on the personality of the person. Thus, to prevent one’s self from all the lewdness that is common in the world of today, a Muslim must find refuge in Salah as it will help in combating lewdness. Allah says:

“Then when you (have) finished the prayer, then remember Allah standing and sitting and (lying) on your sides. But when you are secure then establish the (regular) prayer. Indeed, the prayer is on the believers prescribed (at) fixed times.” (Surah An-Nisa 4:103)

Muslims who realize that Allah Almighty is their Lord and the Giver of everything, try to develop a relationship with Him and wish to stay connected with Him as much as possible so that their relationship grows strong. Salah can effectively help in achieving.  Prayers are the simplest, deepest, and most beautiful method of communication and connection with Allahﷻ which was part and parcel of all heavenly religions. Allah says:

“Indeed, those who believe and do righteous deeds and establish prayer and give zakah will have their reward with their Lord, and there will be no fear concerning them, nor will they grieve.” (Surah Al-Baqarah 2:277)

Prayer is not just an obligation in Islam, keep performing prayers will protect us from evils of all sorts. Therefore prayer will make us be the pious person, and the reward will be in the afterworld. In the Day of Resurrection, prayer is the first thing to ask. While we keep the performing prayers, it will be our tickets to entering heaven that Allah has told in the Quran. Prayer is the last will of Prophet Muhammad given to all Muslims, our Prophet told us to keep our prayers until we are dead.

Here is some Importance of Prayer in The Holy Quran  Verses:

Prayer represents the individual’s affirmation of servanthood before the Lord of Creation and submission to His Omnipotent Will. Prayer also represents a concrete manifestation of the Islamic conception of free will, in that the decision to pray is one that must be made by each individual. In this way, prayer is a uniquely “human” form of worship, for all other creatures submit without question to Allah’s Will and are engaged in His praise, glorification, and remembrance.

Prayer, by its very nature, is a form of request or entreaty, and thus requires the full conscious participation of the one praying, with will, intellect, body, and soul. The one engaged in prayer is in direct connection with the Creator Who hears everything the supplicant says and responds – though not necessarily in the affirmative – to each request. Allah says:

“And when ask you My servants about Me, then indeed I am near. I respond (to the) invocation (of) the supplicant when he calls Me. So let them respond to Me and let them believe in Me, so that they may (be) led aright.” (Surah Al-Baqara, 2:186)

The Prophet (s) said, “Pray as you see me pray.” What is meant here is to follow the method of observing prayer, both in form and in its inward composure and states. Muslims consider the day to begin at sunset, with the evening (Maghrib) prayer. This holds tremendous significance on an esoteric, or spiritual, level. Allah says:

“So Allah rewarded them for what they said (with) Gardens flows from underneath them the rivers, will abide forever in it. And that (is the) reward (of) the good-doers.” (Surah Al-Ma`idah 5:85)

The unique greatness of Allah’s Messenger, Muhammad (s), is that he saw the Lord of Creation, thus making him the perfected monotheist (muwaħħid). Prophet Muhammad’s grasp of Divine Unity, tawħīd, was perfected by the ascension to the Divine Presence. Everyone else’s understanding of Divine Unity falls short of the Messengers. Despite this, the Prophet maintained absolute humility, never seeing himself as important, but rather as a servant, honoured by the Master of masters.

The parable of the five prayers is that of a river running at your door in which he cleanses himself five times a day.” (Ṣaḥīḥ Muslim 668)

Thus true prayer is nothing less than Ascension to the Station of true Servanthood, which is the Station of Submission. In this state of witnessing, the servant perceives only the Lord. He sees all existence through His Existence and the realization that all proceeds from the One. That is known as the station of annihilation, in which the servant no longer sees herself or himself, no longer sees anything, but only sees, feels and is immersed in the Presence of the Lord without any partner and with no likeness.