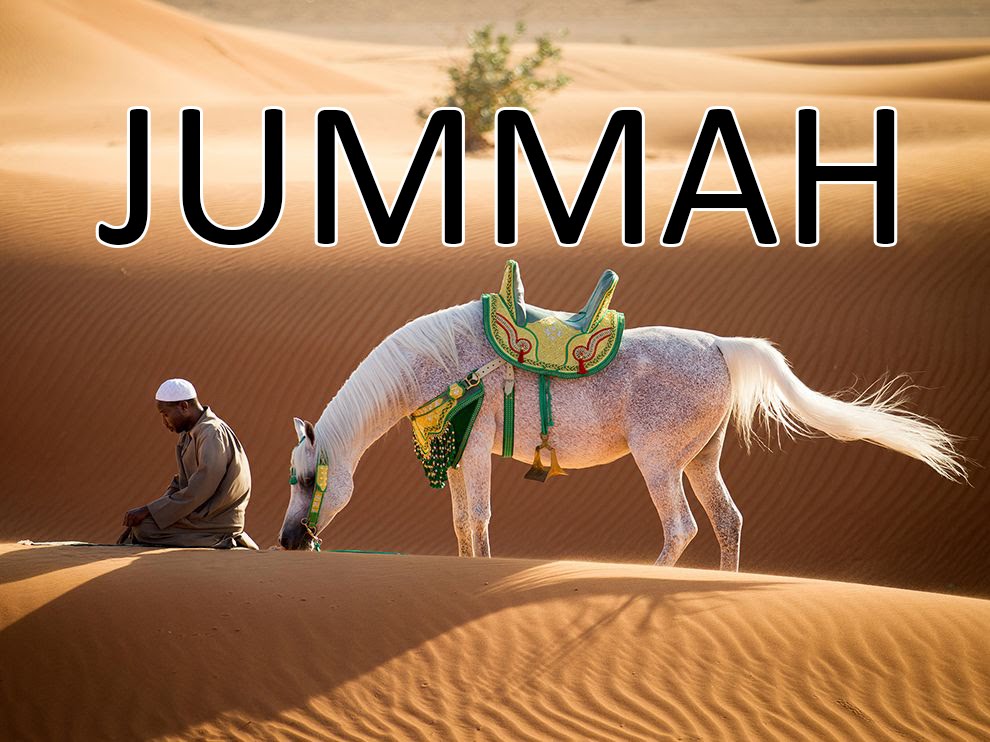 Jummah (Friday prayers) is the most important day of the week for Muslims. Muslims pray five times a day every day, but the most important prayer of the week is “Jummah,” or the day of gathering, on Friday. The Quran invokes the importance of Friday as a sacred day of worship in a chapter called “Al-Jummah. The day of Jummah has many religious significances and virtues associated with it. Jummah prayer is obligatory for every man except the sick, child, slave and woman. Allah says:

“Believers, when the call is made for prayer on Friday, drop all business and rush to the remembrance of God. That is better for you, if you only knew.” (Surah Al-Jummah 62:9)

The day of Jummah or Friday is the blessed day of the week we should try to spend it the way Allah Almighty mentioned in the Holy Quran and also we should try to perfect our Friday prayers according to Sunnah ways of Holy Prophet Muhammad (SAW). Another profound virtue of Fridays is that, if a Muslim passes away on a Friday, they will be protected from the trial of the grave. Allah says:

Jummah is truly a time of celebration for humankind. After all, it is the day on which we were created, the day on which Islam was perfected – and it contains the Hour of Acceptance. Every single week, when Jummah arrives, we have the chance to live through this hour and ask Allah for anything we want – truly a cause for celebration and happiness.

Here are some  unique virtues of Friday that makes it so special:

The rank of Fridays is so vast that it outweighs the virtues of other days. It is therefore undoubtedly important for us to reflect on the virtues of this day and maximise our efforts on Friday. The best day the sun rises over is Friday; on it Allah created Adam. On it, he was made to enter paradise, on it he was expelled from it, and the Last Hour will take place on no other day than Friday.

There are some good deeds that you should perform on this blessed day are mentioned below:

Jummah is deeply connected to the Prophet Adam (as):

There are five significant events in the life of our great forefather, the Prophet Adam (as), that took place on Friday:

We should not let a Jummah prayer go by without having squeezed every ounce of blessings that we can. Friday’s are a chance for us to gain many goods deeds and to ask Allah for his forgiveness. On Friday, there is a blessed hour where a believer can make prayer asking Allah for anything and Allah will certainly meet his demand.

Some facts about the Day of Jummah:

The day of Jummah is the Mother of all days and the most righteous and best of the days. That is the reason believers wait for it with so much devotion. It is a day loaded with kindness. It is a time when Muslims meet up to respect just a single Lord, discover the quality and show condolence by standing shoulder to bear and reaffirming their confidence and commitment to Him.

“The best day the sun rises over is Friday; on it Allah created Adam. On it, he was made to enter paradise, on it he was expelled from it, and the Last Hour will take place on no other day than Friday” (Tirmidhi)

Friday is the day that Muslims gather together to pray in congregation. Directly before the prayer, they listen to a lecture designed to empower them with valuable knowledge about Allah, and the religion of Islam. It is a blessed day that has been designated as such by Allah, no other day of the week shares its virtues. While there is no special place or special time to worship Allah, there are moments, days, or times that Allah has made more superior; Friday is one of those times. Allah says:

“O you who believe! Fulfil the contracts. Are made lawful for you the quadruped (of) the grazing livestock except what is recited on you, not being permitted (to) hunt while you (are in) Ihram. Indeed, Allah decrees what He wills. ” (Surah Al-Ma’idah, 5:1)

We sincerely pray with all our hearts that Allah (swt) showers His favour and mercy upon us all and grants us entry into His eternal Garden of Bliss where we are truly blessed to see Him every Friday. We pray Allah accepts our efforts from us on this blessed Friday, Ameen.