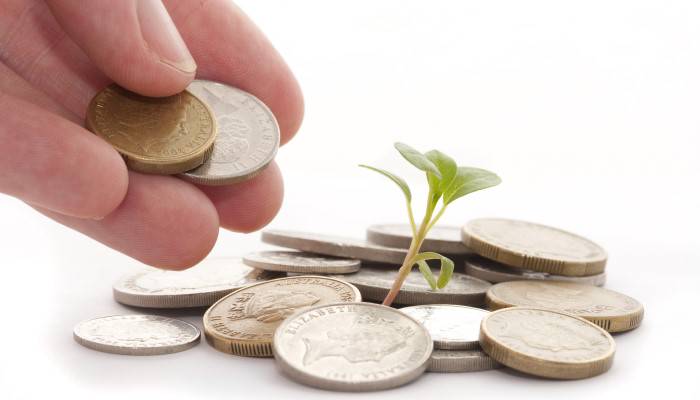 Giving Sadaqah for a Muslim is to give an ultimate act of charity that is highly stressed, discoursed, and fostered by the teachings of Islam. To give charity is to undertake a highly preached, highly emphasized and highly encouraged act in Islam. It is something that has been given a great deal of importance, not just in Islam, but also in other religions that have their versions of the concept, all leading to one ultimate goal; to help people. Allah says:

“Take from their wealth a charity, purifying them and cause them to increase by it, and bless [upon] them. Indeed, your blessings (are a) reassurance for them. And Allah (is) All-Hearer, All-Knower.” (Surah At-Tawbah 9:103)

Sadaqah is something that Allah (SWT) and the last Prophet Muhammad (PBUH) talked about in great detail. There is a Sadaqah for everything, and it is the righteous duty of every Muslim to undertake this task in whichever way possible. In its simplest form, even passing a friendly smile to someone is considered to be a Sadaqah. Allah says:

“O you who believe! When you privately consult Messenger, then offer before your private consultation, charity. That (is) better for you and purer. But if not you find, then indeed, Allah (is) Oft-Forgiving, Most Merciful.” (Surah Al-Mujadilah 58:12)

Charity is possible in every way and Muslims must observe righteousness by undertaking this duty to heart whenever the circumstance permits. Do you know that even when giving the simplest gesture of smiling is unmistakably a charity? Here is some comprehensive information about charity to make it easier to understand. To make the concept a little more straightforward to understand, we have put together some information regarding charity. Allah says:

“Those will be given their reward twice because they are patient and they repel with good – the evil and from what We have provided them they spend.” (Surah Al-Qasas 28:54)

This is not an Islamic obligation, but rather a practice conducted to help those in need or the deprived. This act goes to show the strength of the believer’s faith and increases it further. Charity does not refer solely to money in Islam because a charity can be anything as small as flashing a smile towards a stranger or removing an obstacle or thorn from a path. Allah says:

“And He has made me blessed wherever I am and has enjoined upon me Prayer and Zakah as long as I remain alive.” (Surah Maryam, 19:31)

It is simply a deed that helps someone else, in any way. Sadaqah is a very easy form of charity and can be conducted by anyone to help them increase their faith. Sadaqah is an Islam term that means the act of giving to a Muslim charity voluntarily out of one’s goodwill and heart’s sincerity. Allah says:

”Sadaqah is a guaranteed investment. Who is he that will loan to Allah a beautiful loan which Allah will double unto his credit and multiply it many times?’’ (Surah Al-Baqara, 2:245)

One must understand that rather than an obligation for Islam, this is a voluntary act exercised in helping the needy and less privileged. The faith of the believer is highlighted in performing this act and is heightened even more. Allah says:

Charity comes in different forms and it is not always reflected through money. On the contrary, it can be the smallest act of kindness to make someone feel better through a smile or prayer or helping someone carry a load. This means that Sadaqah is an act of kindness whose sole focus is to help in all ways possible. Charity in the simplest and easiest form can be performed in aid of increasing one’s faith. Allah says:

In Islam, anyone can give Charity because it is a charity given out as a gesture of generosity, love, compassion, camaraderie. It defines no limit as to how much you are willing to give. But does everybody qualify to receive Charity? While anyone can give Charity, not everyone is qualified to receive it. Remember that the very concept of Charity is to help those who are in dire need. It is clearly instructed on who shall receive Sadaqah:

Principally, this Islamic act of charity is given largely to the needy, poor, disabled, homeless, deprived, and those who are widowed as well. Allah says:

“We made them leaders who guide by Our command and We inspired them to work good deeds, to observe the Salat and to give the Zakat, they were worshippers of us.” (Surah Al-Anbya 21:73)

However, there are people in different parts of the world that are suffering because of circumstances beyond their control. People like those who rely on aid for Syria and the people of Gaza who witnessed the bloodiest month in recent history just a few weeks back. Allah says:

“Zakat means to bless, increase, or purify. Allaah Says (what means): But whatever thing you spend [in His cause] – He will compensate it, and He is the best of providers.” (Surah Saba 34:39)

The basic premise of giving Sadaqah is similar to that of Zakat, i.e., to maintain equality and social welfare in society and provide for those who can’t provide for themselves. Sadaqah serves to purify one’s wealth and helps to establish a flow of wealth in society. Allah says: :

“O you who believe! (Do) not eat the usury doubled multiplied. And consciously revere Allah so that you may (be) successful.” (Surah Al Imran 3:130)

Muslims are bonded together by not only the good deeds of Sadaqah but also the economic stability that flows through society with the distribution of wealth. Hence, Muslims are instructed by Allah to try to give Sadaqah for His sake and spread generosity in society. Allah says:

Since Sadaqah is a voluntary act of charity, there is no specific time of the year it should be given out. For the majority of the Islamic population though, Muslims give Sadaqah when its relevance is more bounteous like during Ramadan. Allah says:

There is a promise of a thousand-fold return for every charitable act or azkar made in the name of Allah and its main objective is to provide help for those who need and will benefit from it most. Sadaqah balances society’s wealth flow and cleanses that of an individual’s wealth. Allah says:

Therefore, it is a must for every Muslim man and woman to participate in charity and be kind to the people. Charity is not limited to offering grants to the poor rather it is a continuous process of righteousness that helps one to seek the blessings of Allah. May Allah encourage all Muslims to give as much Sadaqah as humanly possible for the betterment of the Muslim Ummah.