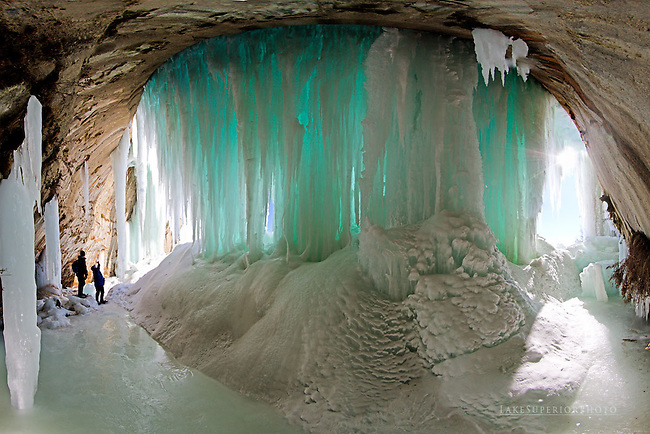 With ample lake effect snow, numerous waterfalls, porous sandstone cliffs, and water seeping out of the rock layers, curtains and columns of ice are common.Snow and ice are generally present by the second or third week in December and remain until early April. While ice frequently forms along the Pictured Rocks cliffs above Lake Superior, these areas are not recommended for climbing due to hazardous exposure to the lake.

Other popular areas for climbing are within Grand Island National Recreation Area, which is administered by the Hiawatha National Forest. Grand Island ice curtains are accessed from the Grand Island Ferry Landing off M-28.Travel between Sand Point and the thumb portion of Grand Island is not recommended due to frequent hazardous ice conditions caused by lake currents.