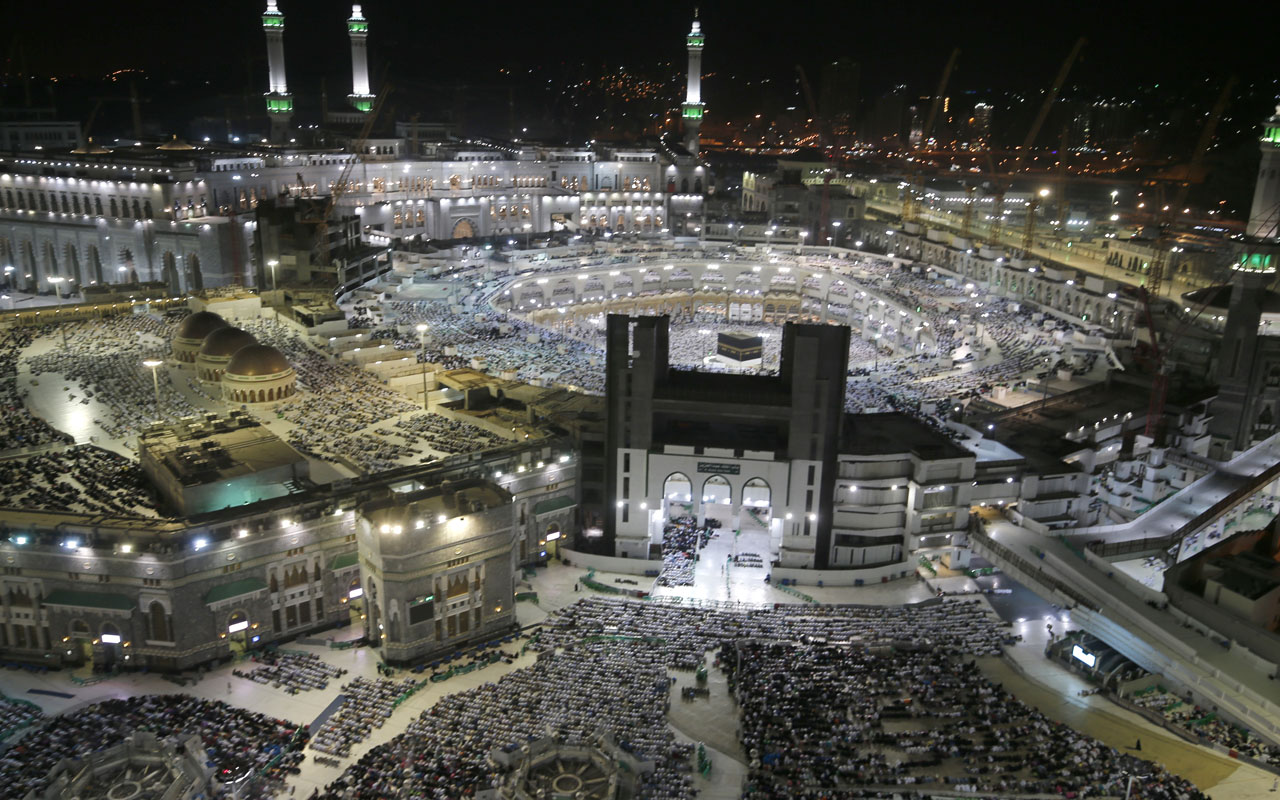 Hajj is the last divine pillar of Islam which strengthens faith, perseverance and comprises practices that reinforce commitments towards Allah Almighty. Being able to perform Hajj is a blessing for all Muslims. Hajj is the form of worship that Muslims owes to Allah Almighty. Hajj is a veneration that symbolizes the core dogmas of Islam i.e. yearning to turn towards Allah wholeheartedly with ardent devotion. Muslims were honoured to become the Guests of Allah in His Holy House the Kaaba and through Divine Guidance have completed the rituals of Hajj with great love and enthusiasm for Almighty Allah. Allah (SWT) says:

“In it (are) signs clear, standing place of Ibrahim, and whoever enters it – is safe. And (due) to Allah upon the mankind (is) pilgrimage (of) the House (for one) who can [it] (find) away. And whoever disbelieved then indeed, Allah (is) free from need of the universe.” (Surah Al-Imran 3:97)

Hajj is obligatory on every financially and physically stable Muslim once in a lifetime. It exemplifies equality, which is a re-enactment to the rituals and teachings of Prophet Abraham (AS), a way to commemorate his sacrifice and sheer love for the sole Lord. Muslim can erase all his previous sins by performing Hajj with love and enthusiasm for Almighty Allah. In Quran Allah says:

“And strive for Allah (with the) striving due (to) H He (has) chosen you and not placed upon you in the religion any difficulty. (The) religion (of) your father Ibrahim. He named you those who submit/Muslims before and in this, that maybe the Messenger a witness over you and you may be witnesses on the mankind. To establish the prayer and give zakah and hold fast to Allah. He (is) your Protector – so an Excellent [the] Protector and an Excellent [the] Helper.” (Surah Al-Hajj 22:78)

Hajj has a special virtue in all acts of worship as it clears all kinds of sins no matter how small or big they are but one needs to perform this obligatory act of worship with obedience. The person who is performing Hajj should have sincere intentions for Allah Almighty, money used for Hajj must be lawful and one should stay away from committing different sins. While performing Hajj one should be aware of all integrals and requisites of Hajj.

Useful Tips for a Productive Hajj:

The journey of Hajj should be a spiritual experience that makes a Pilgrim knowledgeable than before.  It’s not only you just perform Hajj but it counts all your actions and behaviour during the journey of Hajj. The following tips every pilgrim must know and prepare for the Hajj journey and make it productive.

Signs of an Accepted Hajj:

Below we will discuss some signs that will help pilgrims to let them know whether their Hajj has been accepted or not by Almighty Allah.

Below the integrals (Rukns) of Hajj are mentioned that one should know about to perform this act of worship properly with full of obedience.

Requisites are those things without which the Hajj is valid but these are obligatory acts that one needs to perform.

Below mentioned are the unlawful things that one should avoid during Hajj.

Upon entering the state of wearing Ihram one should have to do ghusl or to take shower and perform wudu (ablution) for purification of the body. Must make the intention of entering into the Ihram while reciting Talbiyya لَبَّيْكَ اللَّهُمَّ لَبَّيْكَ ، لَبَّيْكَ لَا شَرِيكَ لَكَ لَبَّيْكَ ، إِنَّ الْحَمْدَ وَالنِّعْمَةَ لَكَ وَالْمُلْكَ ، لَا شَرِيكَ لَك once. If in some cases, water is not available then it is permissible to skip the shower and just perform ablution to continue Hajj rituals.

After the Niyyat is done, it is also recommended to pray two Rakat Salah to finally step into the pure state of Ihram. In the Holy Quran, Almighty Allah says:

“O you who believe! Fulfil the contracts. Are made lawful for you the quadruped (of) the grazing livestock except what is recited on you, not being permitted (to) hunt while you (are in) Ihram. Indeed, Allah decrees what He wills.” (Surah Al-Ma`idah 5:1)

Every pilgrim must wear Ihram before passing the Miqat. Our beloved Prophet Muhammad (SAW) stated in one of His hadith: “One shouldn’t pass the Miqat unless he/she is in the state of Ihram.” (Al-Bukhari)

Once an individual enters the state of Ihram after making the intention then following actions are prohibited:

Translation: “In the name of Allah, I place my trust in Allah, and there is neither might nor power except with Allah.”

Translation: “I seek refuge with Allah, The Supreme and with His Noble Face, and His eternal authority from the accursed devil. O Allah, open the doors of mercy”.

Translation: “Praise to be Allah, and God is the greatest, and not the state, nor the forces of the people.”

Translation: “Verily! As-Safa and Al-Marwah are of the Symbols of Allah. So it is not a sin on him who performs Hajj or ‘Umrah of the House (the Kabah at Makah) to perform the going between them (As-Safa and Al-Marwah). And whoever does good voluntarily, then verily, Allah is All-Recognizer, All-Knower.”

Translation: “O Allah, I seek beneficial knowledge, wide sustenance, and cure from all ailments from You.”

May Allah Almighty accept the Hajj of all pilgrims who performed this year and before, help them to maintain it until they reach the end of their life, and also take them again in His house for performing Hajj. We also ask Allah (SWT) to accept our good deeds and provide us with steadfastness and uprightness until death. Ameen!