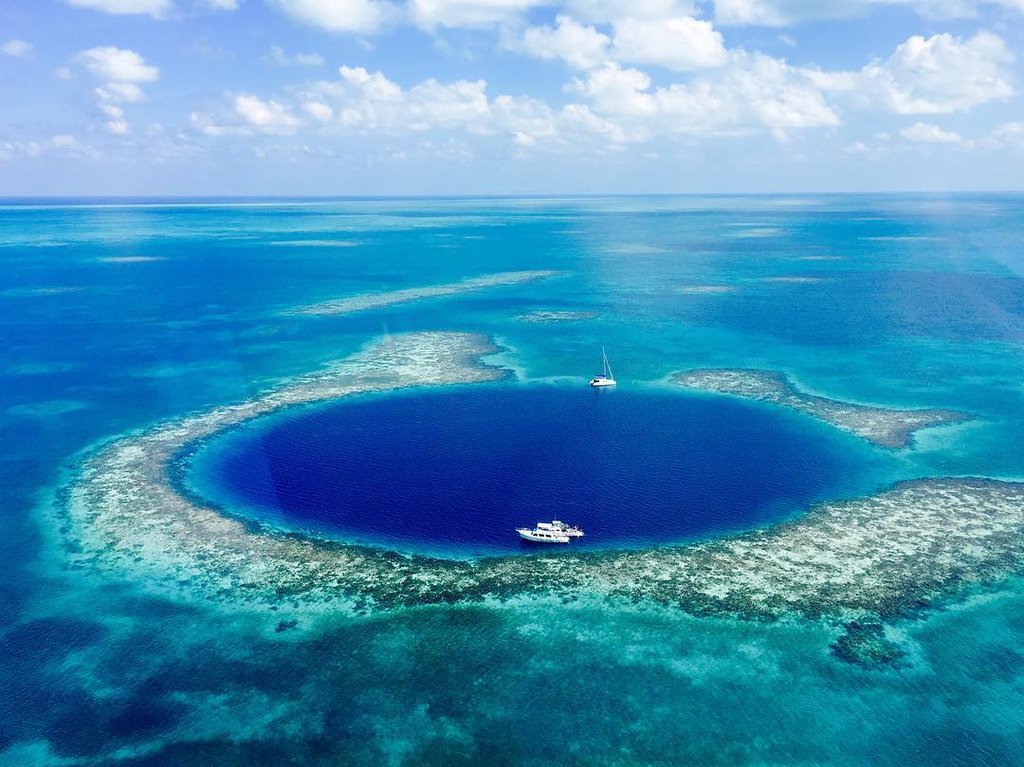 The Great Blue Hole is a large underwater limestone sinkhole. Circular in shape, the giant hole is 984 feet (300 meters) across and 410 feet (125 meters) deep.The Great Blue Hole is the world’s largest natural formation of its kind.The hole lies near Lighthouse Reef, a small atoll that is apart of the Belize Barrier Reef, a UNESCO World Heritage Site.

Water levels there are so shallow around the hole that parts of the ring surrounding it are known to crest the surface at low tide.The site was made famous by the French explorer Jacques Cousteau in 1971, who famously declared the Great Blue Hole to be one of the best dive sites in the world. Today, the site is still widely regarded as a bucket list dive.