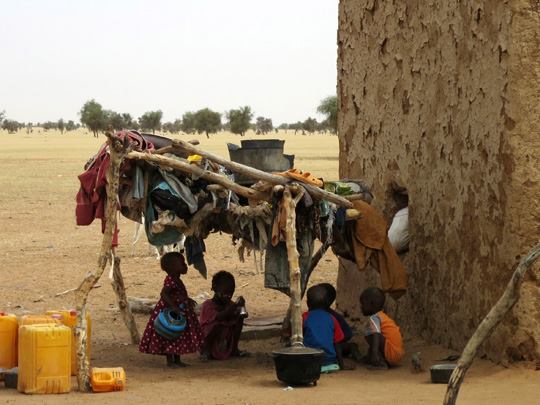 Many countries are facing the double burden of hunger and undernutrition alongside overweight and obesity, with one in three people across the globe currently suffering from some form of malnutrition.The Food and Agriculture Organisation (FAO) of the United Nations has warned that a “business as usual” approach could put millions of more people at risk of hunger compared to a future without climate change.

The State of Food and Agriculture 2016 report released by the FAO on Monday claimed that most affected would be populations in poor areas in the sub-Saharan Africa and South and Southeast Asia, especially those who rely on agriculture for their livelihoods. Future food security, the report said, in many countries will worsen if no action is taken today.

According to the FAO report, overhauling farming and food systems will be complex due to the vast number of stakeholders involved, the multiplicity of farming and food processing systems, and differences in ecosystems. It added that efforts must begin in earnest now as the adverse impacts of climate change will only worsen with time.

The report highlighted that success in transforming food and agriculture systems would largely depend on urgently supporting smallholders in adapting to climate change.At the same time, around 795 million people face hunger on a daily basis and more than two billion people lack vital micronutrients (e.g. iron, zinc, vitamin A), affecting their health and life expectancy. Nearly a quarter of all children aged under five today are stunted, with diminished physical and mental capacities, and less than a third of all young infants in 60 low- and middle-income countries meet the minimum dietary diversity standards needed for growth.

Developing countries, it said, were home to around half a billion smallholder farm families who produce food and other agricultural products in greatly varying agro-ecological and socio-economic conditions. The report added that solutions should be tailored to those conditions as there was no one-size-fits-all fix.

The FAO report described alternative, economically viable ways of helping smallholders to adapt and making the livelihoods of rural populations — often the most exposed to the downside risks of climate change — more resilient. The report provided evidence that adoption of “climate-smart” practices, such as the use of nitrogen-efficient and heat-tolerant crop varieties, zero-tillage and integrated soil fertility management would boost productivity and farmers’ incomes.

Widespread adoption of nitrogen-efficient practices alone would reduce the number of people at risk of undernourishment by more than 100 million, the report estimated.

It also identified avenues to lower emission intensity from agriculture. Water-conserving alternatives to the flooding of rice paddies for example; can slash methane emissions by 45 per cent, while emissions from the livestock sector can be reduced by up to 41pc through the adoption of more efficient practices.

Negative global effects of climate change are already being felt in some cereal crop yields. Climate change will likely lead to a loss of nutritional content of some foods, such as declining zinc, iron and protein counts in staple cereals, and trigger new health issues — including diarrhoea for humans and an array of trans-boundary animal diseases.

Beyond 2030, according to scientific evidence, negative pressures on food production will be increasingly felt everywhere. Until then, adverse impacts of higher temperatures are sharply skewed towards developing countries, pointing to dimmer prospects for their food self-sufficiency.

Helping smallholders adapt to climate change risks is critical for global poverty reduction and food security. Close attention should be paid to removing obstacles they may face and fostering an enabling environment for individual, joint and collective action, according to the report.

FAO urged policy makers to identify and remove such barriers. These obstacles include input subsidies that promote unsustainable farming practices, poorly aligned incentives and inadequate access to markets, credit, extension services and social protection programmes, and often disadvantage women, who make up to 43pc of the agricultural labour force.
By AMIN AHMED